The latest Election 2021 polling consensus is a shrug emoji

Politics Insider for Sept. 15, 2021: The polls on vaccine politics; Gerald Butts on the end of the race; a loss for Canada 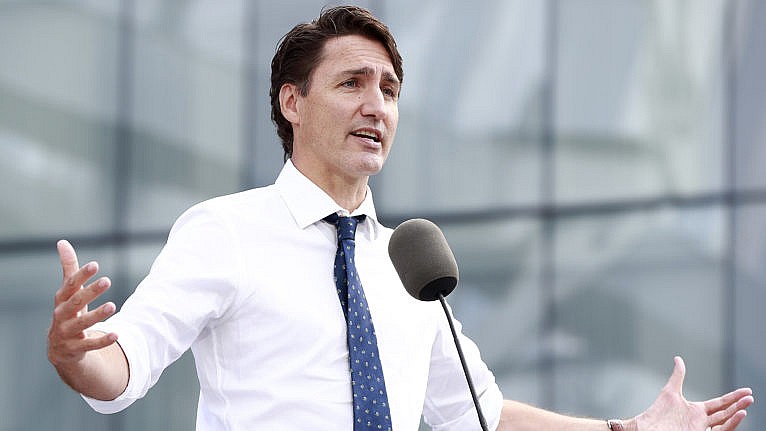 Marie Danielle Smith, writing in Maclean’s, pokes a hole in the conventional wisdom that developed after the debates, the idea that something happened that moved the numbers.

Most polls show that a small but consistent Conservative lead has evaporated in the days since—despite the pummelling Justin Trudeau took on the debate stage for his six-year record as prime minister. But is that really the case? A weekend poll from Innovative Research for Maclean’s implies the debates had no clear winner overall, with all leaders succeeding in rallying their bases, and all leaders making better impressions on those who watched the debate than on those who simply heard about the debate.

The poll finds that “the fear of a Conservative government” is lower (36 per cent) than it was in 2019 (41 per cent,)  and offers interesting insight into the partisan breakdown of vaccine politics.

The poll found that fully 25 per cent of respondents who believe that pandemic restrictions are “far too tight” intend to vote for the (PPC). Another 37 per cent would vote Conservative. At the other end of the spectrum, among people who think restrictions are “far too loose,” there’s no support for Bernier but 35 per cent favour O’Toole. That the Tories enjoy support from both groups will continue to prove tricky for O’Toole as he navigates his position on vaccine mandates. But that Bernier is the only comfortable choice for people who are anti-vaccine may be the bigger problem. In 2019, when the PPC was much weaker, the Tories lost a handful of swing ridings because of tiny numbers of defectors to Bernier’s tribe. The dent could be larger this time.

Down to turnout: Also in Maclean’s, Shannon Proudfoot has an interesting interview with former Trudeau adviser Gerald Butts, who says the election is so close that it will be decided on the ground, which means motivation is the key.

My view was that something had to happen to arrest Conservative momentum, which had built up over the course of the first few weeks, and it’s pretty clear from the public opinion research that that has happened. The last aggregation I saw is that we’re still in a tie game, and by tie game, I mean the difference between the Liberals and the Conservatives is within the margin of error for every poll I’ve seen, and that means the focus of the campaigns is going to quickly turn to turnout.

“He went after my family”: Speaking of motivation, Justin Trudeau on Tuesday defended needling a protester who referred to his wife in vile terms, Global reports.

Tough interview: Trudeau shouted at the heckler before a sitdown interview with Global’s Neetu Garcha, which was noteworthy for its toughness. Earlier in the campaign, Garcha gave O’Toole a good grilling.

Weaver appears: Former B.C. Green Party leader Andrew Weaver appeared with Trudeau in B.C. on Tuesday, the Vancouver Sun reports, to say that he supports Trudeau’s climate plan. Polls show the Liberals poised to lose seats in B.C., which presumably explains why Trudeau is spending so much time there.

O’Toole writes: O’Toole has written a letter to François Legault promising money for child care, the Globe reports. Last week, Legault, who says Quebecers should vote for the Bloc or the Tories, also expressed concern that the Conservatives may not honour Quebec’s deal child care deal with the Liberals, which is worth $6-billion over five years. “In our financial plan, we have put aside money for future agreements with the provinces,” O’Toole writes. “It is with these funds that I intend to honour my pledge to co-ordinate my approach on child care with your priorities, such as the Quebec child care program that has worked well for over 20 years. ”

Going after Trudeau: On the campaign trail near Ottawa, O’Toole continued to attack Trudeau, CBC reports, denouncing him for “for calling an unnecessary $600 million election in the middle of a pandemic.”

Incoherent: O’Toole met with editorial board of the Star on Tuesday. Columnist Heather Scoffield writes that the Conservative plan is “incoherent.”

O’Toole told the Star’s editorial board on Tuesday that the boost in spending was so that low-income families and fragile companies “get their footing” to enable a solid recovery. That’s great, but the point is that reining in the deficit would come later on — and it would follow much the same trajectory as that proposed by the Liberals, despite his implication that Liberal spending is out of control.

PPC spoiler: There is more bad news for O’Toole in the Post, where Tasha Kheiriddin writes that the rise of Maxime Bernier’s party may jam the Conservatives on election day.

Thanks to a perfect storm of anti-government and anti-vaccination sentiment, Bernier has taken his vanity project to between six and seven per cent in the polls, eclipsing the Green party for fourth place. While the PPC may not elect many MPs, due to the vagaries of our first past the post system, its rise may thwart the Conservatives’ hope of forming a minority government. Research drawn from the CBC’s Vote Compass suggests that 59 per cent of voters who intend to vote PPC this election voted Tory in 2019. By carving off Conservative votes in ridings where small margins matter, the PPC could help elect Liberals and return Justin Trudeau to office.

In the Writ, Eric Grenier has a detailed exploration of the PPC vote, which is worth the time.

Two faces of Max: The Globe has two takes on Bernier’s campaign. John Ibbitson writes that the PPC deserves representation in the House, suggesting some voters “resent the increasing number of non-European immigrants,” a section that was later clarified to indicate that’s a racist view. Fellow Globe columnist Gary Mason has a harsher take, describing Bernier as a disgraceful historical footnote.

The Star’s Alex Boutilier has some important reporting on how far right groups like “Canada First and the Canadian Nationalist Front are encouraging their thousands of adherents to back Bernier’s PPC.”

In May, Premier Jason Kenney promised the “best summer ever” for Albertans as he announced the government’s three-part plan to be the first and most open province in Canada by July 1. All restrictions were lifted, including a ban on indoor social gatherings and the general indoor provincial mask mandate, though the province retained isolation requirements for confirmed cases of COVID-19 and some protective measures in continuing care settings.

Alberta is by far the worst place in Canada for COVID-19 now.

As of Monday, there were 18,395 active cases across Alberta, the highest nationwide. By comparison, Ontario, a province with more than three times the population, has one-third the number of active cases. It has put the greatest strain on Alberta’s health-care system to date in the pandemic, with about 800 people being treated in hospital as of Monday — 200 of them in intensive care units.

Sad news: Canadians learned Tuesday that they had lost one of their greatest comedians, Norm MacDonald.

We will leave you with this vintage NSFW bit that he did on the Daily Show, which includes a zany crack at the expense of Peter MacKay.