Among the 18.8 per cent of respondents who say they have already voted, 43 per cent voted PC, compared to 36 per cent for the NDP 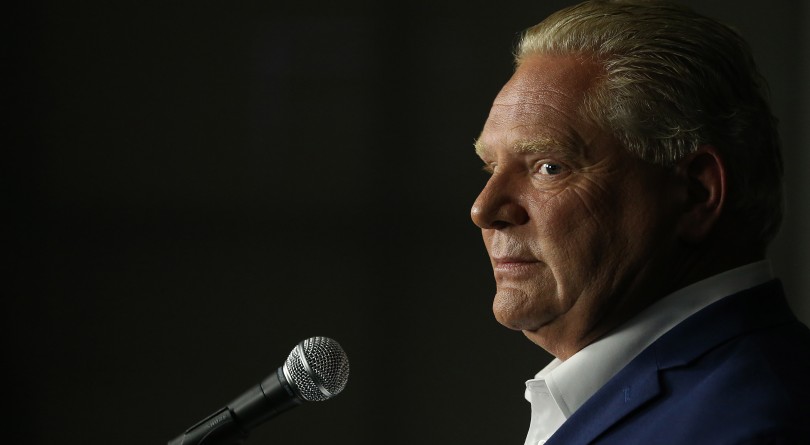 A new poll, with results as of June 5, is available here

The Maclean’s-Pollara tracking poll is still way too close for any certainty about the outcome of Thursday’s election, but with only two days left to go, Doug Ford and the Progressive Conservatives seem to be consolidating their advantage.

READ MORE: Check out each party’s position on every major issue in our platform guide

The PC lead among decided voters is still within the margin of error, at 39 per cent to 37 per cent for the NDP and 17 per cent, a catastrophically low level of support, for the Liberals. In the last two days of rolling polls, Liberal support is down three points, PC support up two, NDP unchanged.

Perhaps the most striking feature in today’s report is that among the 18.8 per cent of respondents who say they have already voted, 43 per cent voted PC, compared to 36 per cent for the NDP and 15 per cent for the Liberals. This represents a baked-in advantage for the PCs: the NDP would have to do commensurately better on Thursday to make up for that advance lead. It also suggests an enthusiasm gap that has, so far, translated into real differences in votes cast. And because total voter turnout in the last two elections was only a few points on either side of 50 per cent of eligible voters, the 18.8 per cent looms even larger.

This latest sample in the Pollara mixed-method (phone and online) survey was conducted from June 1 to 4. By now 3/4 of the survey was taken after Kathleen Wynne announced on Saturday that she has concluded she won’t be premier after the election. Liberals are campaigning as hard as ever for local votes, but by most measures, Pollara finds Liberal support declining rapidly: down 3 points in two days in popular vote; down 8 points in two days in Toronto, leaving a virtual NDP-PC tie in the province’s metropolis; down 4 points in a day in Central Ontario (the area around Barrie, Peterborough and Parry Sound) and 6 points in a day among seniors. In most of those cases, the immediate beneficiary of Liberal decline seems to be the PCs.