Paul Wells: With a day to go before Ontario votes, the NDP and PCs are all tied up with the Liberals trailing far behind 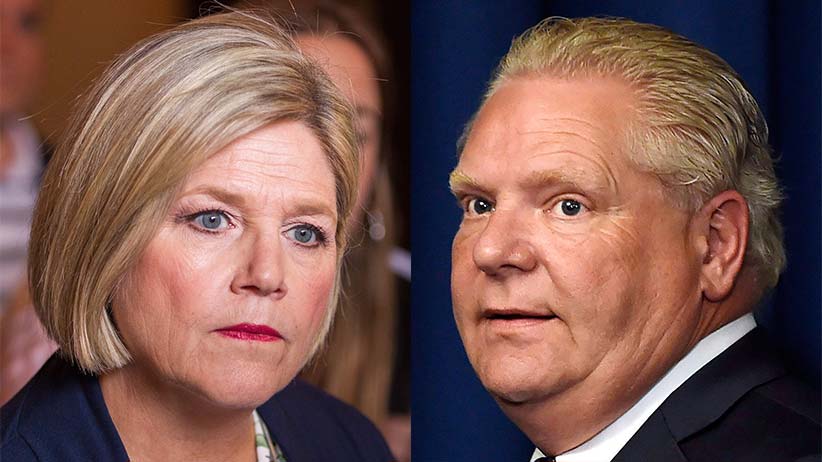 They’re all tied up, 38-38-17. That’s how the major Ontario political parties stack up on the day before the final vote in a historic provincial election, according to the final instalment of a Pollara Strategic Insights tracking poll for Maclean’s.

Using the last three days of responses from a rolling mixed-method (online and telephone) survey of 906 eligible voters, Pollara found the Progressive Conservatives down one point from yesterday at 38 per cent, the NDP up a point at 38 per cent, and the Liberals holding steady at 17 per cent. The outcome now, Pollara Chief Strategist Don Guy told Maclean’s, will depend on regional dynamics and voter turnout.

MORE: Be informed when you vote with the most comprehensive Ontario election platform guide