The McLachlin-Harper tiff as a flaming bag of dog poop

The spat between Stephen Harper and the Chief Justice fades away, even amid cries about its gravity 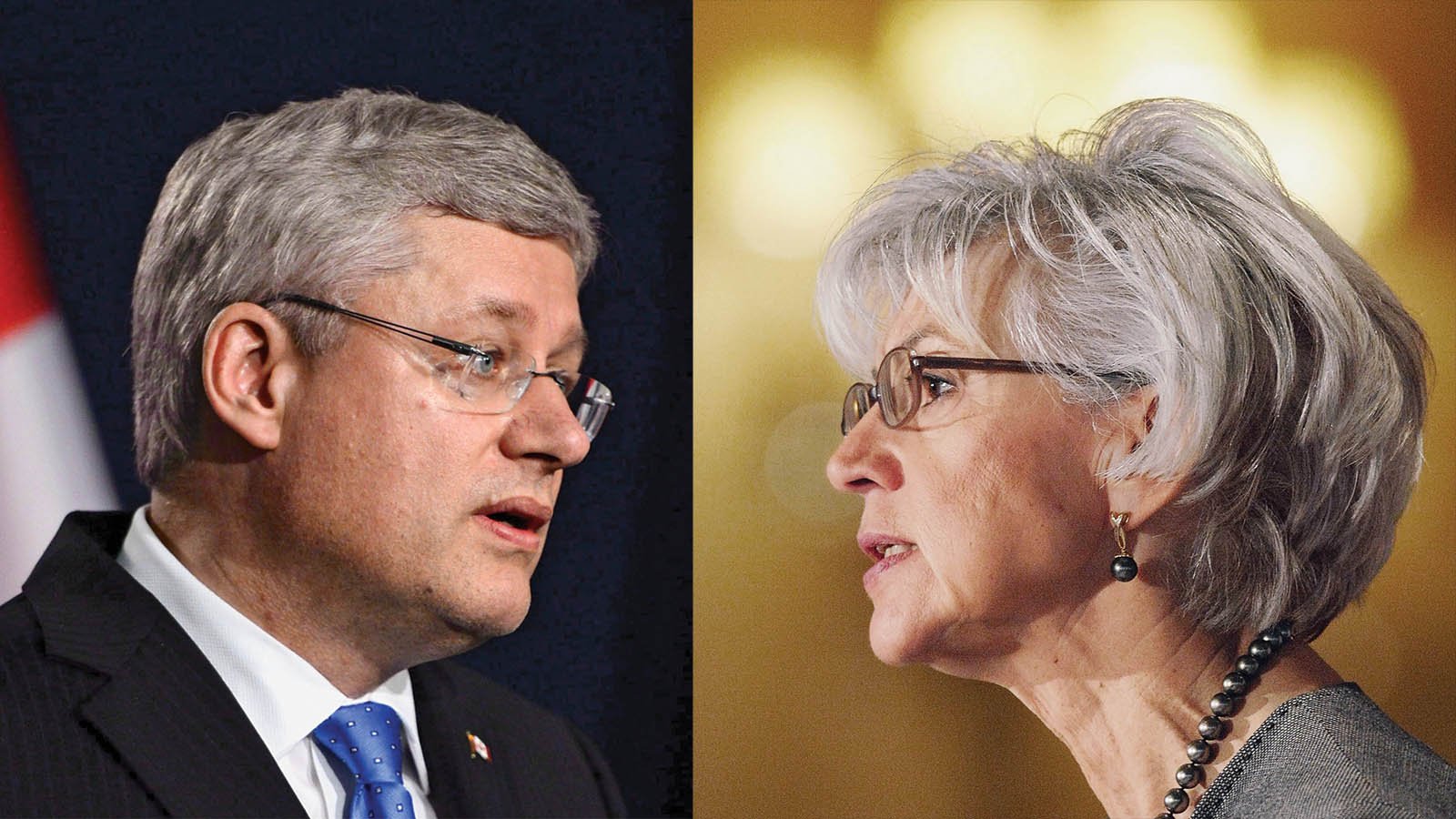 Thomas Mulcair persisted last week in asking the Prime Minister to account for this month’s sudden imbroglio over the Chief Justice’s communications with the government ahead of an attempt to appoint Marc Nadon to the Supreme Court. Stephen Harper persisted in not engaging a controversy his office had previously encouraged.

But before we allow this to fade from memory, let’s dwell on that refusal to engage in anything more than a passing complaint.

Barring a revival of the affair, the last question put to the Prime Minister on this matter might end up being this from Mr. Mulcair.

This wasn’t quite a new question—the NDP leader had demanded an apology previously here and here. And Justin Trudeau had asked that Mr. Harper withdraw his comments about the Chief Justice.

In this case, Mr. Harper was once again unmoved.

Mr. Speaker, once again, I reject the premise of the question. The fact is this. A matter came before me that I thought was likely to come before the Supreme Court of Canada based on information that I had. For that reason, we completed our consultations with outside legal experts and later referred the matter to the court.

We might attempt to unpack that first sentence. In response, Mr. Mulcair challenged the Prime Minister on this (before moving on to a different matter), “The Prime Minister can reject what he wants, Mr. Speaker, but he cannot reject the facts.”

Precisely what premise was the Prime Minister rejecting here? Mr. Harper can’t reject the fact that 650 lawyers and law professors wrote an open letter in regards to an insinuation about the Chief Justice. Now, the open letter does not actually ask explicitly for an apology and a retraction. It asks merely for a clarification. So maybe the Prime Minister was being very particular here.

If not that, what else could he be rejecting? That the comments of himself and his office amounted to a personal attack? That there is anything to apologize for? I suspect, based on a similar response earlier this month, that somewhere here is more likely what Mr. Harper meant. That somehow the comments of a few weeks ago do not amount to what the Prime Minister is now accused of. Only the Prime Minister won’t quite say that.

So to review: Earlier this month, Mr. Harper and his office first suggested and then made explicit the allegation that the Chief Justice had done something inappropriate. Shortly thereafter, the Prime Minister decided to stop directly engaging with this allegation, except for a vague and unexplained suggestion that someone had somehow suggested the he was unaware of a potential problem with the appointment of Mr. Nadon. And so, nearly three weeks after the Prime Minister’s Office first suggested that the Chief Justice had done something wrong, the Prime Minister has made less effort to explain the government’s view than has Bob Dechert, a parliamentary secretary, whose claim that “nobody is attacking the credibility of the Chief Justice” seems rather undermined by the fact that neither the Prime Minister nor the Justice Minister seem willing to repeat it. Faced with the allegation that he did something inappropriate, Mr. Harper merely rejects the premise.

Presumably, Stephen Woodworth is profoundly saddened by the lack of straightforwardness here, but there is possibly an argument to be made here that this is for the best—that, if the Prime Minister is otherwise unwilling to engage in a serious discussion about what the Chief Justice did and how he and his office handled the matter, it is better that we just let this little episode fade into history as a curious moment in the histories of the Supreme Court and the Harper government. That cooler heads should basically prevail. Whatever the expressions of great concern, allowing this to fade away might even befit the actual importance of the episode.

Somewhat similarly, this might be regarded as the Prime Minister leaving a flaming bag of dog poop on the front step of this country’s highest court, knocking on the door and then running away—a possibly minor, but still relatively dispiriting display involving two of our most powerful institutions.. (After arriving at this analogy in my own mind last night, I recalled that Bruce MacKinnon had gone with a similar idea. I have no idea whether his image influenced my own childish analogy, but I still like the imagery of mine better.)

Somehow maybe this lives on in the minds of some as a reason to doubt the Court’s credibility or believe in some elitist resistance to Mr. Harper and his kind—and perhaps the Prime Minister is content to let it be that. Of course, it will also surely be added to the list of mean things Mr. Harper has done, particularly in regards to our basic institutions.

Either way, we might have to wait for someone’s memoirs to receive further explanation. Barring a new development, the opposition probably won’t return to the issue when the House returns next week. The Prime Minister doesn’t entertain follow-up questions during his limited media availabilities, so it will be difficult for any one reporter to press him on the issue. He could be pursued during his next wide-ranging sit down with a member of the press, but that might require waiting until December. In Britain, the Prime Minister has lately appeared twice each year before a parliamentary committee, but whatever Conservatives think about how useful such a forum can be for pursuing a party leader at length, I can’t imagine Mr. Harper volunteering to appear (particularly after his unprecedented appearance eight years ago resulted in him saying some subsequently hilarious things about prime ministers who’ve promised Senate reform).

And so, well, that’s probably it. The Prime Minister’s Office accused the Chief Justice of the Supreme Court of doing something inappropriate, everyone got upset and then the government decided it didn’t really want to talk about it anymore aside from the Prime Minister’s vague allusions, Bob Dechert’s pleadings for a CBC panel and Peter MacKay’s protestation that the Chief Justice started it.

Perhaps we ultimately might look at it this way: so long as the Prime Minister and his government aren’t willing to deal with an issue seriously, there’s no reason for us to either. The governing equivalent of a flaming bag of dog poop.