The most visceral Alberta election campaign in memory

Jason Markusoff’s Alberta Politics Insider for April 8: Why this election feels personal for many Albertans, the mud-slinging keeps getting rawer, and more 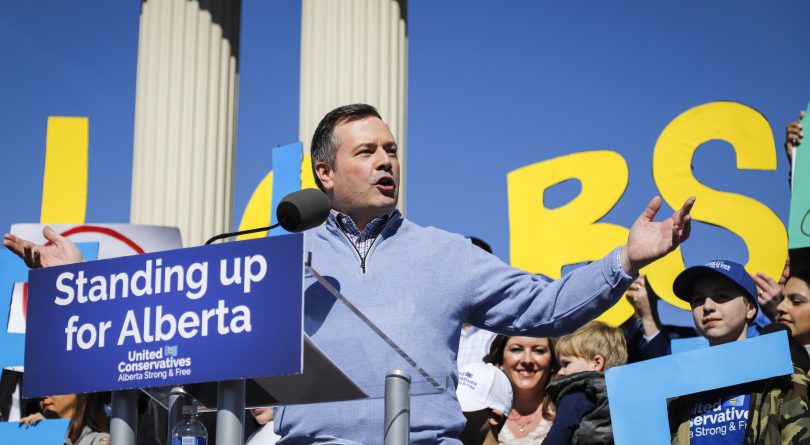 [A note to subscribers: due to a glitch, parts of Monday’s newsletter were not included in the e-mailed version. They can be viewed below.]

A few weeks ago, one political veteran predicted to me: this campaign is going to be visceral. I never really associated that adjective with elections, perhaps naively. With eight days before votes get counted April 16, I fully understand what she meant.

More than most, this has become an election that has become deeply personal for a lot of Albertans. Colleague Jen Gerson has written smartly about uneasy gut feelings with Jason Kenney’s party on social issues, even from staunch conservatives with “deep misgivings about the current ethical and moral direction of the UCP.” His party’s intent to roll back some of the NDP’s protections for school gay-straight alliances have engendered deep concern that LGBTQ Albertans will have to struggle to preserve their hard-fought rights like they haven’t had to since same-sex marriage was settled law nearly 15 years ago. This fear stands to influence the votes of not only gay Albertans, but also their family, friends and classmates. And with the UCP’s so-called bozo eruptions repeatedly exposing racism in their ranks, there have been multiple op-eds about how white supremacy has no place in Alberta.

Viscerality of a different sort is also propelling the United Conservatives into their current lead. To call it economic anxiety may not be adequate—for many, it’s economic insecurity and hardship. Kenney used last Friday’s Statistics Canada report to trumpet the fact 172,100 Albertans are looking for jobs but unable to find them—up by 60 per cent the number from five years ago before the oil price crash and NDP’s election. The emotions of joblessness, too, extend well beyond that unemployed Albertans and affects their spouses, parents, neighbours and beyond.

On a suburban Calgary street, Todd Walter pruned branches in his front yard on a sunny Sunday afternoon. He’s an IT consultant, mainly for the oil sector, and says he hasn’t had a good contract in 11 months. “We need a start,” Walter said, after telling UCP candidate Tyler Shandro he can count on his vote. With a conservative running things in Edmonton who lowers corporate taxes, he adds, Alberta can get its competitive advantage back.

Later, across the street, a woman at the door tells Shandro she’s a supporter of LGBTQ rights and is concerned about the party’s education stance. “I’m also a bit concerned,” Shandro concedes, quickly pivoting to what he says are the NDP’s exaggerations about party positions.

When the riding’s NDP candidate Kate Andrews goes door-knocking, she says gay-straight alliances sometimes come up. Jobs is still the top issue she hears about; Andrews says that her points about the NDP’s economic diversification agenda go over fairly well. But there’s a prevailing impression throughout Alberta that Notley’s party has poorly handled the economy. Some voters argue Notley’s tried her best amid problems that aren’t her fault, but for an emotional many there’s worry “four more years” will bring economic ruination.

East of Edmonton, Dave Quest of the underdog Alberta Party posted a Facebook video expressing surprise at how often he hears voters’ “fear that the NDP will be re-elected.”

Kenney and Notley both insist they bring positive visions, but their campaigns focus on preventing the menacing other side from controlling the levers of power.

If fear is as strong a motivator to bring people out to vote as many campaigners say, this visceral Alberta clash could have some of the highest turnout in ages. Or perhaps it turns off the masses. At the end of it, around half of the population will be not merely strongly opposed to the premier and his or her government—they will be deeply worried at the damage they will wreak.

Forget what Kenney said in the UCP platform about how “under our stewardship, Alberta will always be strong and free.” That line from his original policy book was gone a few days later in a massive platform revision that the NDP flagged with an online text comparison tool.

It’s an amateurish sort of revision one might not expect from a massive front-running party machine—the fixed-up version corrected various typos, shuffled some financial figures, puzzlingly removed some language about hate-inspired violence at houses of worship (some highlights here). Kenney had been hyping his platform development and release for nearly a year, but it’s clear from the dozens of edits it wasn’t actually ready for prime time. (Notley’s hidden-agenda claims seem rich, though; in 2015, she had to quickly revise the NDP platform to fix a multibillion-dollar miscalculation.)

The UCP proved their promise book additionally malleable by saying they’ll pause plans announced mid-campaign on a school testing overhaul, including Grade 3 achievement tests. Kenney said such things would always be “subject to consultations.” That should probably be done before, rather than this shoot first, revise later approach.

The Star Edmonton’s latest headline about an NDP-led attack on a UCP member uses an apt verb: “dredging up” allegations. Notley’s party not only posted a news release Sunday on a 2009 assault charge against opposition house leader Jason Nixon and the peace bond; they also shot and promoted video of the complainant. Nixon swiftly noted the charge was withdrawn and the peace bond was not an admission of guilt. The UCP called it “gutter politics”—and it’s hard to see what the NDP’s purpose of broadcasting a withdrawn charge was, besides classic character assassination. Though one might also say the same thing about the UCP’s lawyer tweeting about a 1999 lawsuit—dropped a year later—claiming sexual assault by Joe Ceci, the NDP’s finance minister, back in the 1970s.

Nixon, meanwhile, summoned media cameras to the UCP office to do dubious excavating of his own: a video from 2012 of Avi Lewis, co-author of the anti-oil-sands Leap Manifesto, endorsing the candidacy of Shannon Phillips, now the NDP environment minister. This was more than three years before Lewis drafted the manifesto, which Notley’s provincial NDP have repeatedly denounced. Some of these shoddy attempts at mud-throwing tend to mean more serious charges, like those about the past homophobic views of education critic Mark Smith last week, seem like part of a big belching smoke machine. Both sides will inevitably dredge deeper in the campaign’s final week.

Elise Stolte on UCP’s bedrock support in small-town Alberta: “She’ll vote UCP because she voted Wildrose before — nothing has shaken her trust. As for Smith’s homophobic comments, ‘it doesn’t really affect me,’ she says. ‘I would have been really disappointed if we didn’t have a (UCP) candidate.’ At Bob Dale Oilfield Services, manager Jamie Capaniuk says he does ‘not want the NDP back in, no matter what.’ The UCP might not be perfect but they’ve got the best chance to win, he said. In his experience, Smith is an ‘outstanding individual’ and the NDP should focus on its plan to lead rather than to ‘dig up dirt’ on candidates.” (Edmonton Journal)

Kyle Bakx on Kenney’s constant criticism of energy CEOs. “Those who have followed politics in Alberta for decades say they don’t remember a premier or prominent party leader wanting to lambaste oilpatch leaders. Premiers have usually tried to court support from the executives in Calgary’s downtown energy towers — not fight them.” (CBC)

Maija Kappler on the campaign’s best double entendre: The leader of the Alberta Liberal Party didn’t know the alternative slang definition of the term ‘laying pipe’ when he used it in a televised debate on Thursday. But now that David Khan is aware that in addition to the literal definition of building a pipeline, laying pipe can also mean having sex, he doesn’t plan to stop selling the shirts or hats the party has emblazoned with the term.” (Huffington Post)

Aaron Wherry on Kenney’s trucks and carbon taxes: “Debating an increase of 4.4 cents in the price of gas while the planet burns might seem like arguing about the price of a drink on the Titanic. But it might be as good a frame as any to understand the policies and politics of this moment. Consider the case of a certain Alberta resident named Jason Kenney.” (CBC)

Licia Corbella on frustrations in the oil sector: “It’s no wonder Gardiner feels this way. His firm—a 97-per-cent Alberta-owned company—has been waiting 5½ years to have its oilsands project go through the regulatory process to start its 10,000 barrel-per-day project. A 2013 provincial government report said: ‘Construction is scheduled to begin in late 2015, with first oil in early 2017.’ But then the NDP came to power.” (Calgary Herald)

Barrie McKenna on Alberta’s fiscal grievances: “The UCP platform cites research by University of Calgary economist Robert Mansell showing that Albertans have paid $611-billion more in federal taxes since 1961 than they have received in transfers and services. Well, guess what Alberta? You’re not alone. Based on the same analysis, Ontario and British Columbia have also been taken for a ride by the rest of Canada, to the tune of $722-billion and $110-billion, respectively. That’s how federations work.” (Globe and Mail)