The NAFTA story, as told by photos of Trump and Trudeau

It began with some warm handshakes and kind words. A year later, a trade war loomed and greetings had turned downright frosty. 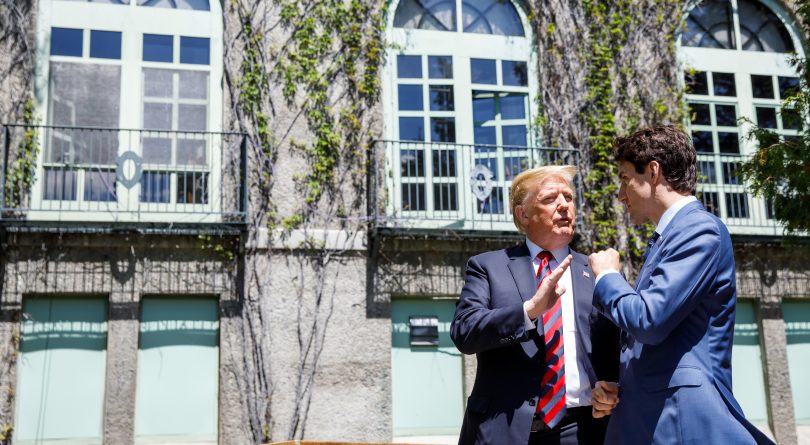 Donald Trump took over the once pro-trade Republican Party in July 2016 calling NAFTA “a disaster” and “the worst trade deal maybe ever signed anywhere.” His victory in the presidential election later that year put Canada on notice—NAFTA’s days were numbered.

But the relationship between Prime Minister Justin Trudeau and the new U.S. president appeared to start off mostly on the right foot, with kind words and some long (if awkward) handshakes that even left the impression that Canada might just have the upper hand. 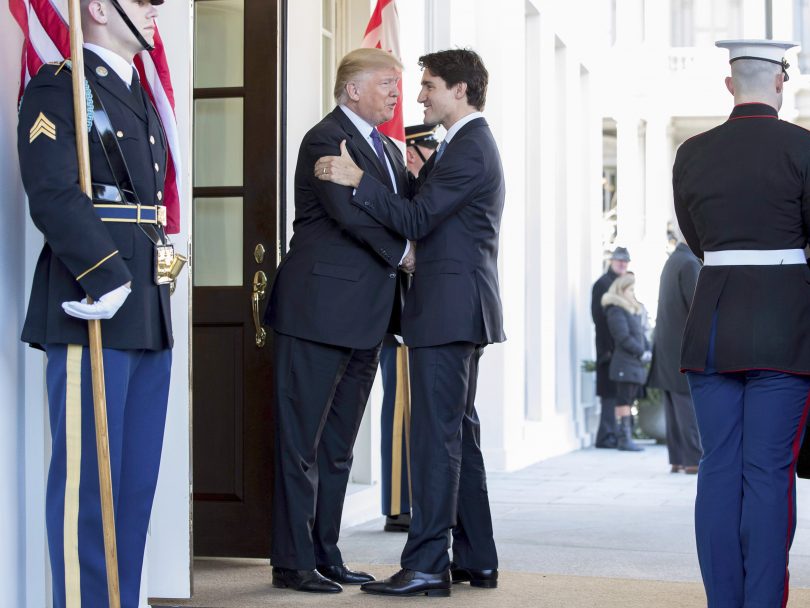 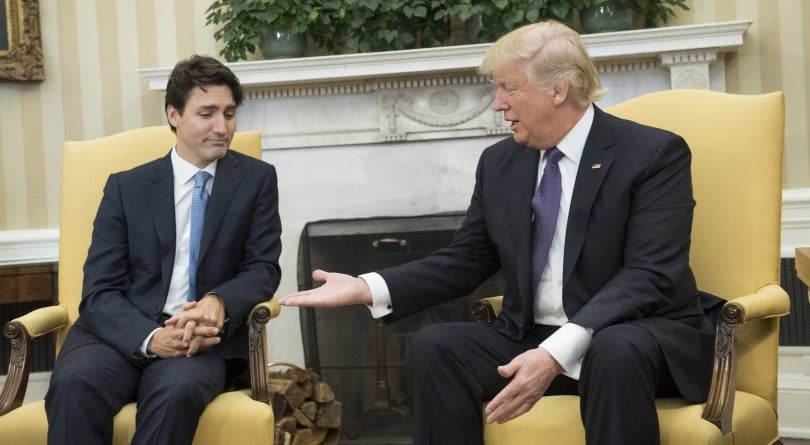 Trump  extends his hand to Trudeau  during a meeting in the Oval Office on Feb. 13, 2017. (Kevin Dietsch/Getty Images) 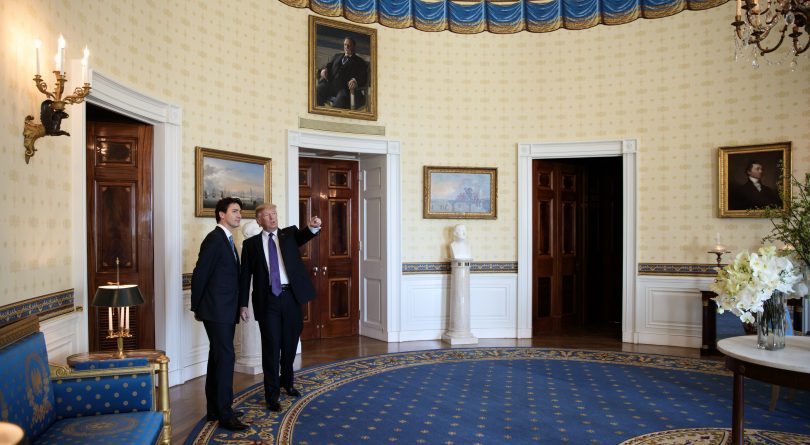 In May 2017 the Trump administration notified Congress that it planned to renegotiate NAFTA. Talks began smoothly enough. “Our hope is that we will end up with a structure that is similar to what we have now,” U.S. Trade Representative Robert Lighthizer told reporters. On the Canadian side, hope ran high that a deal could be had in a matter of months. 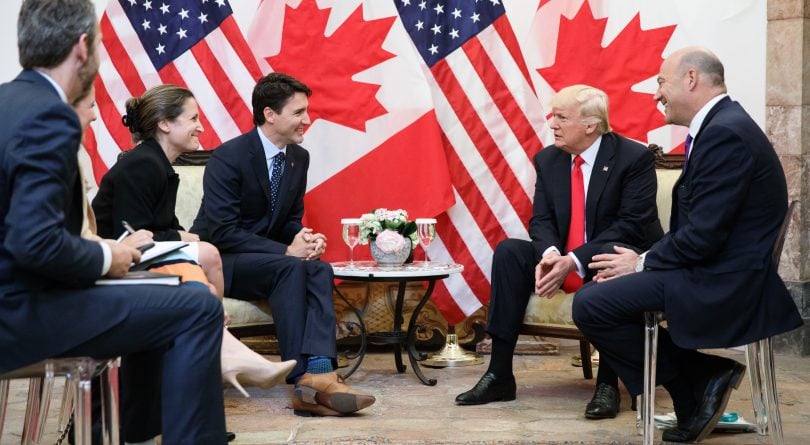 By the fall of 2017, insiders were warning that there was cause for concern behind the official friendliness, and by mid-October, Chrystia Freeland expressed concern with the U.S.’s  “winner-takes-all mindset.” 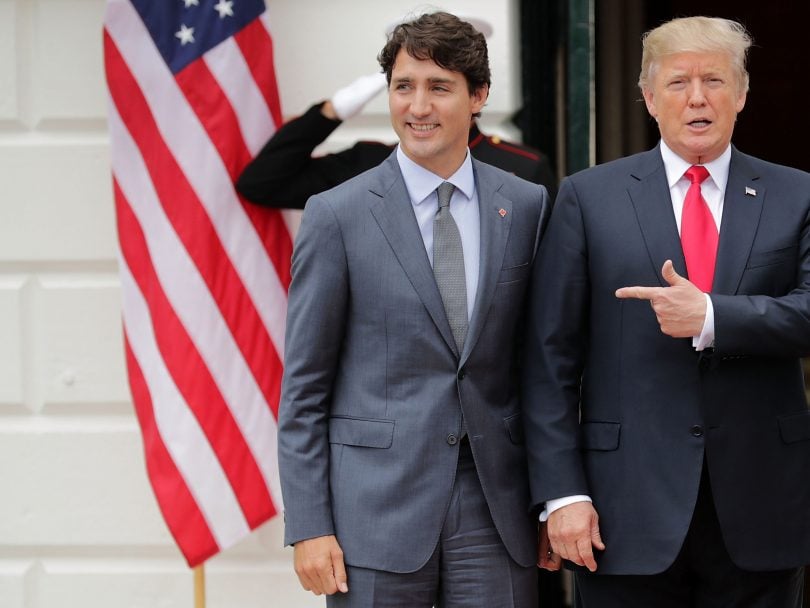 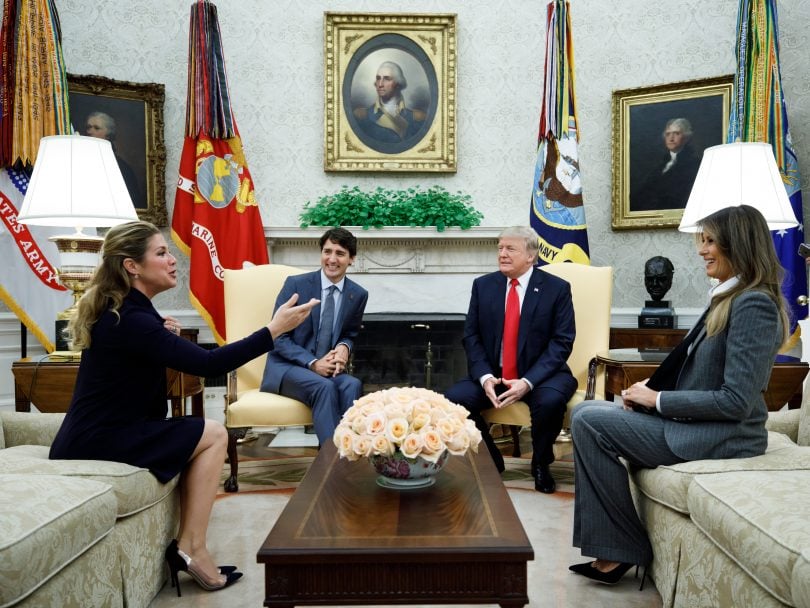 Trudeau and Sophie Gregoire Trudeau are welcomed to the Oval Office by Trump and Melania Trump. Oct. 11, 2017. (Adam Scotti/PMO) 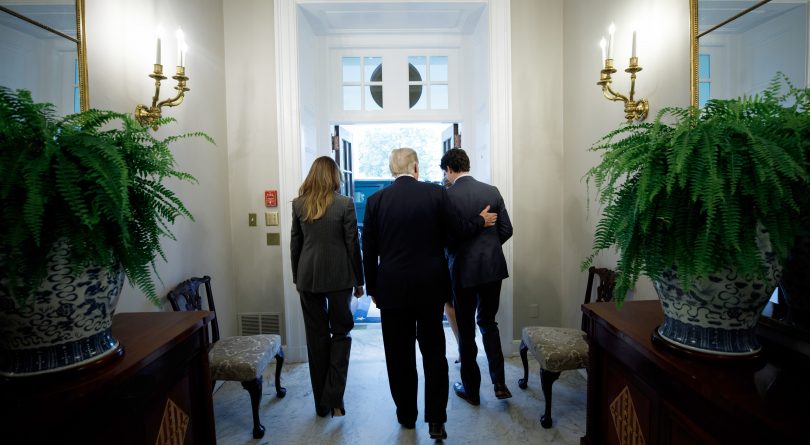 Trump and First Lady Melania Trump bid farewell to Trudeau at the entrance to the West Wing. Oct. 11, 2017. (Adam Scotti/PMO)

The G7 summit in Charlevoix, Que., in June 2018 marked a clear turning point in the relationship between the PM the president. After Trudeau said in a press conference at the end of the summit that Canada “will not be pushed around” with tariffs, Trump lashed out via tweet from aboard Air Force One. A few days later, Peter Navarro, a trade adviser to Trump, told FOX News, “There’s a special place in hell for any foreign leader that engages in bad faith diplomacy with President Donald J. Trump and then tries to stab him in the back on the way out the door.” 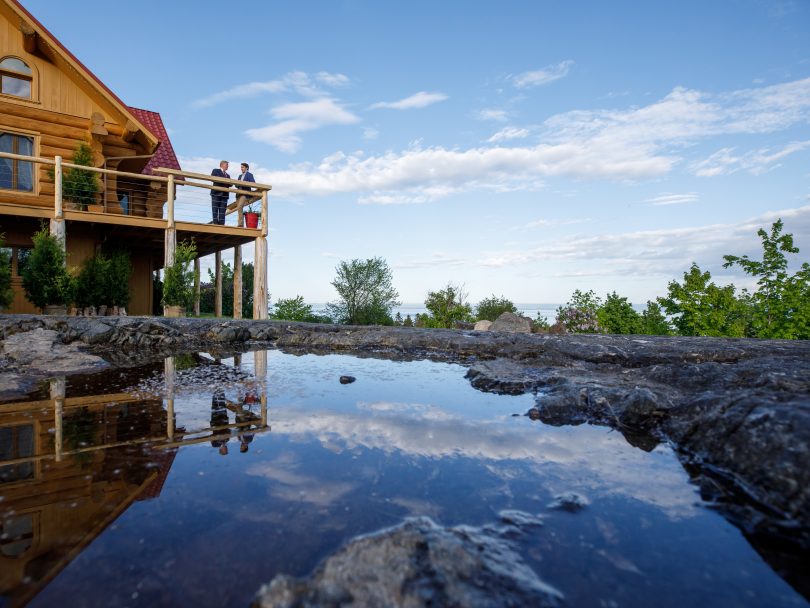 Trudeau and Trump take part in a working dinner at the G7 in Charlevoix. June 8, 2018. (Adam Scotti/PMO) 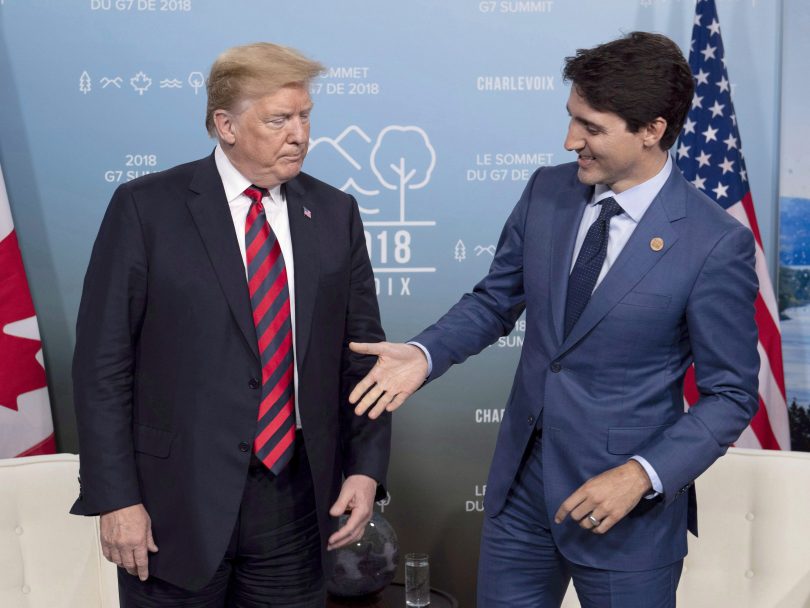 Trudeau shakes hands with Trump during a meeting at the G7 leaders summit in La Malbaie, Que., on Friday, June 8, 2018. (Justin Tang/CP)

On July 1, Canada’s retaliatory tariffs on U.S. goods—in response to America’s 25 per cent steel tariffs and 10 per cent aluminum tariffs—kicked in. A full blown trade war loomed and a total collapse in NAFTA talks seemed increasingly likely as summer dragged on. 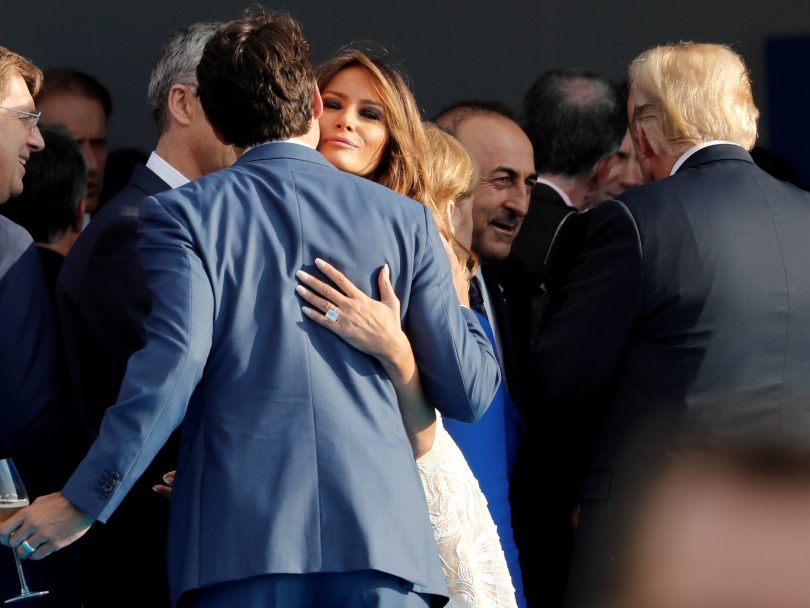 U.S. first lady Melania Trump kisses Trudeau as they arrive at the park of the Cinquantenaire, during a NATO Summit, in central Brussels, Belgium July 11, 2018. (Yves Herman/Reuters)

Finally, by last month the once warm relationship of just a year ago had turned downright frosty.  At the United Nations in New York last month, much was made of the fact that Trump didn’t stand to shake Trudeau’s hand at a luncheon they both attended, as he had done with Mexico’s president. “I don’t think there’s anything to read into it,” Trudeau said later. But with the final NAFTA deadline looming, how could the country not? 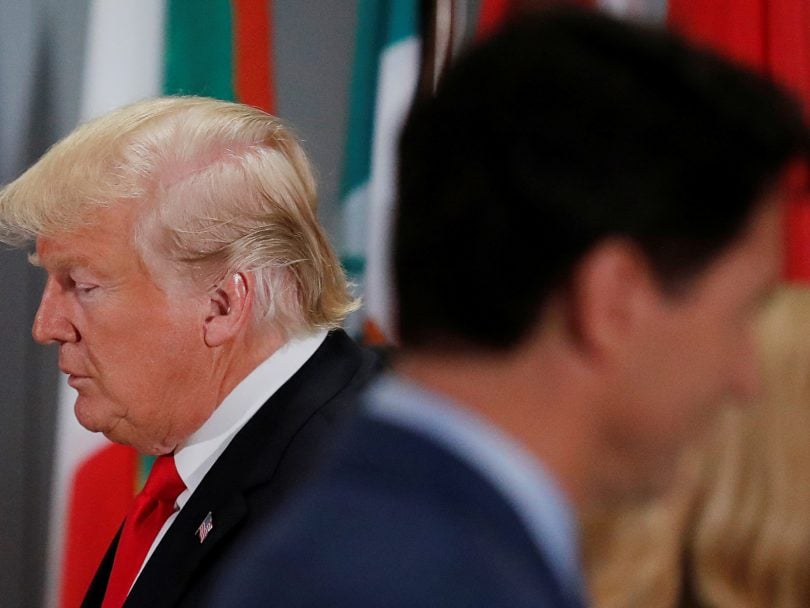 Trump passes by Trudeau during a working luncheon for world leaders at the 73rd session of the United Nations General Assembly at U.N. headquarters in New York, U.S., September 25, 2018. (Carlos Barria/Reuters)