The NDP's Canada (or at least who came to their convention)

There are 1,768 delegates in Edmonton. Where did they come from? Jason Markusoff breaks it down 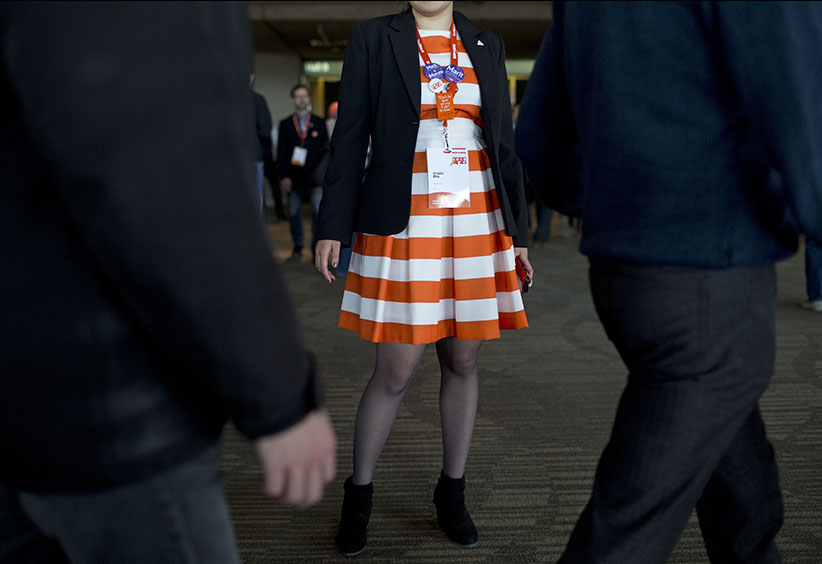 Angela Zhu shows her colours at the 2016 NDP convention. (Jason Franson for Maclean’s)

Tom Mulcair puts his leadership Sunday in the hands of 1,768 New Democrat delegates. Much speculation has centred on where the delegates come from: Quebec, his home base? Ontario, where many ridings lost their MPs, and perhaps one of the grumpier blocs? Alberta, where NDP power now lies and where Rachel Notley supporters are playing defence against the anti-pipeline Leap manifesto? The at-large-ish union realm, whose leaders have mostly rallied behind Mulcair?

The NDP provided Maclean’s its delegate tally as of the start of the convention (more may have registered since). Alberta has the second-largest contingent at this Edmonton gathering, due in dual parts to proximity and the emptied-out contents of Alberta’s legislature. Few people made the trip from once orange-wave-washed Quebec, and there’s an anemic turnout from Atlantic Canada, where the NDP were wiped off the map.