The original problem in the Duffy affair 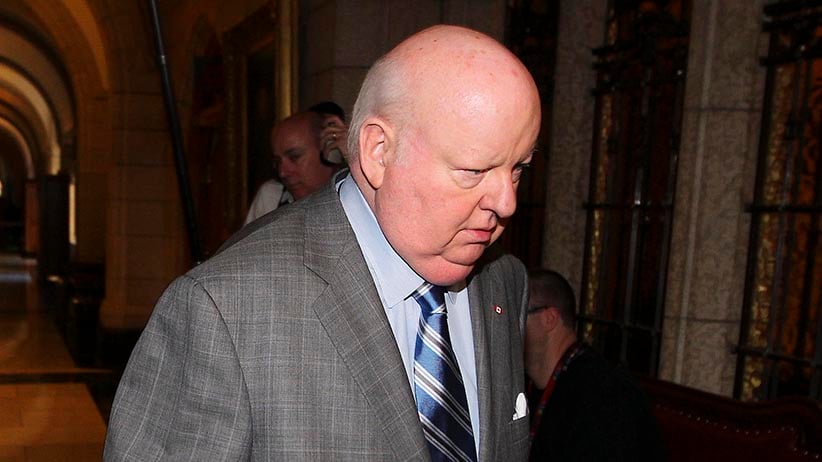 Testifying today at the trial of Mike Duffy, the Prime Minister’s former legal counsel, Benjamin Perrin, declared that he was “taken aback” two years ago by the Prime Minister’s analysis of what qualified someone to sit in the Senate. This goes to the very origin of the Duffy affair and I should’ve raised it yesterday when I was enumerating some of the specific problems with what happened.

As I explained last week, Stephen Harper’s analysis was contained in a newly revealed email from Feb. 19, 2013. In that missive, Ray Novak relays Harper’s estimation that a senator should be considered a “resident” of the place they were appointed to represent (a requirement written into the Constitution Act of 1867) so long as he or she owns property in the province or territory he or she was appointed to represent (another requirement written into the Constitution).

“As long as they maintain a residency in their province, as per tradition, we will deem that as sufficient for this purpose (as opposed to expenses), i.e. the property requirement = residence,” the Prime Minister apparently wrote in response to a memo from his staff.

Novak relayed that to Harper’s other top advisers at 10:22 a.m. on Feb. 19. Perrin’s response was sent just 33 minutes later.

“I point out for your information only that this approach may appear to run counter to the basic interpretative principle of a presumption against redundancy – deeming through interpretation one qualification to satisfy another distinct qualification makes the latter redundant,” he wrote, adding reference to the applicable precedent.

In other words, courts assume that legislators do not write laws with redundant clauses. So that the Constitution Act includes separate clauses specifying residency and property ownership would suggest that the specifications are to be understood as distinct—i.e. the property requirement does not equal residence.

“To me, both legally and practically, it seemed untenable,” Perrin told the court today. “I would not be able to consider myself a resident of Nunavut, having never visited there, simply by buying $4,000 in real property.”

Whether Mike Duffy is qualified to represent Prince Edward Island in the Senate has been a point of debate from nearly the beginning—first noted in a report published two days after Duffy’s nomination was announced. And, as Dodek notes, the Constitution Act empowers the Senate to settle any question about the qualifications of a senator.

On Feb. 8, 2013—shortly after it was first reported that Duffy’s office had made some effort to acquire a P.E.I. health card—it was announced that the chair and deputy chair of the Senate’s committee on internal economy were “seeking legal advice on the question of Senator Duffy’s residency.”

“The purpose of this is to put Mike in a different bucket,” Nigel Wright wrote on Feb. 7, “and to prevent him from going squirrelly on a bunch of weekend panel shows.”

Wright also conveyed his belief that, “Mike’s ownership of property there, time spent there, and engagement with the political life of the province would likely meet the constitutional test.”

On Feb. 11, Patrick Rogers, the PMO’s director of parliamentary affairs, emailed along an update: “Senator LeBreton is prepared to put forward a motion asking the Rules Committee to define residency and draft rules that require senators to provide proof of residency each session and for the Senate Clerk to release the names of those senators who fail to do so. Montgomery says that he’s confident that they will be able to come up with something
about where you pay taxes and that ‘work is under way’ but I am concerned that there is a let-the-sinners-hang mentality at the moment.”

Wright responded: “I met with Duff today. He will repay, with a couple of conditions, including that admitting to a primary residence in Ottawa does not disqualify him from representing P.E.I. in the Senate.”

Later, Duffy provided Wright with an email from Duffy’s lawyer. The first point of the letter addressed the residency issue: “Your lawyers say that there is no doubt that you meet the constitutional qualifications to be senator of P.E.I.. You own property worth over $4K and you are resident in P.E.I. for at least some of the time; there is no requirement that you be resident year-round or that your primary residence be in P.E.I. Your lawyers are satisfied that there is no risk here.”

On Feb. 13, Christopher Montgomery, an aide to Sen. Marjory LeBreton, wrote to Wright with a scenario that would have the Senate’s rules committee recommend “that a senator must file taxes in the province from which they were appointed in order to qualify as a senator and provide an accountability mechanism.” A three-month “coming into force provision” would allow senators to comply, notably the three Conservative senators—Mike Duffy, Dennis Patterson and Pamela Wallin—who had filed their 2011 taxes in provinces they did not represent.

Wright initially liked the idea, but upon further review it seems to have been determined that the standard of income tax residency might still be problematic.

An alternative proposal (pdf), seemingly drafted by Perrin, was discussed on Feb. 16. In this scenario, the Senate would adopt a “contextual text” to determine whether “whether a senator is able to sufficiently demonstrate their ability to represent their province of appointment through their personal connection to that province.” A number of potential factors were listed including residency, employment, education and family history.

On Feb. 18, a memo (pdf) is sent to the Prime Minister laying out two options for achieving a good ruling from the Senate. The next morning, Novak conveys the Prime Minister’s response. And five minutes after Perrin has quibbled with Harper’s analysis, Wright responds: “I will advise Sen. LeBreton that we will not take any steps in the Senate to address residency for 23(5) purposes unless anyone challenges the qualification of any of our senators, in which case we will defend (and defeat any motion regarding) any senator who owns property in the correct province and division.”

And that was just about that. A legal opinion on Senate residency has never turned up.

For the sake of taking stock of the Duffy affair though there are two basic issues.

Second, the Prime Minister’s Office made an effort to manage the upper chamber’s handling of the constitutional question of residency, and to do so with the goal of ensuring all Conservative senators were found to be eligible.