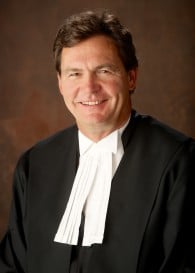 On Oct. 2 two sons of Quebec politicians stepped into the centre of our national life. You have heard so much about one of them. You may know nothing about the other. Justin Trudeau has been famous since the day he was born. Richard Wagner has been a civil litigator and a judge, essentially anonymous outside legal circles. Stephen Harper nominated Wagner to the Supreme Court on the same day Trudeau threw his boxing glove into the ring for the federal Liberal leadership.

Their fathers might have shared a chuckle over the curious timing. Pierre Trudeau changed the course of Canadian history three or four times. Claude Wagner had a shot at changing Canadian history three or four times, and fell short every time. The life of the elder Wagner, who died in 1979, hints at a different path Canada could have taken. Richard Wagner’s qualifications are easily enough to qualify him for nomination to the Supreme Court, but the Prime Minister surely knows his father’s story, surely savoured the echoes of history when he nudged the younger Wagner into the headlines next to the younger Trudeau.

At the Progressive Conservative party convention in 1976, Claude Wagner led on every ballot except the last. In the end Joe Clark rose from the middle of the pack to beat him by 65 votes out of 2,309 cast. Wagner was a small-town populist, hard-working, no great intellectual, unapologetically right-wing on law and order. Clark had aspirations. He yearned for the approval of big-city progressives. Wagner would have led the party in a very different direction. Clark won the next federal election. A year after that happened, Wagner died of cancer.

The 1976 convention was actually Wagner’s third missed opportunity to change the country. In 1972 a young Tory fixer named Brian Mulroney recruited Wagner off the provincial court bench and into federal politics. A former provincial cabinet minister, Wagner had earned most of his notoriety as a judge, a podium “from which he occasionally issued attention-getting statements,” Don Macpherson wrote in The Gazette in the mid-1970s, “such as a call for the hanging of drug traffickers and the opinion that men accused of beating up women did not deserve a trial to determine their guilt.”

Robert Stanfield sent Mulroney to woo Wagner because he needed somebody credible to lead the Progressive Conservatives’ Quebec wing. Wagner should have been able to deliver 20 seats or more. But he fumbled questions about a trust fund the party set up to soften his landing in politics, and he let the party talk him into soft-pedalling the tough-on-crime rhetoric that had made him a political star. Stanfield’s party won only two seats in Quebec and fell two seats short of overtaking the Trudeau Liberals. If Wagner had delivered on his potential, Pierre Trudeau’s political career might have ended in 1972.

Earlier still, we find Wagner’s first missed opportunity. In 1970 he ran to replace Jean Lesage as leader of the Quebec Liberals. Wagner was a popular provincial justice minister who had helped nudge Lesage out of the leadership. He arrived at the leadership convention with a solid lead among ordinary delegates selected by riding associations. But the party brass backed Robert Bourassa, and their super-delegates outvoted the party rank and file. Wagner would have led Quebec in a very different direction, more populist, less nationalist than Bourassa. He never got the chance. 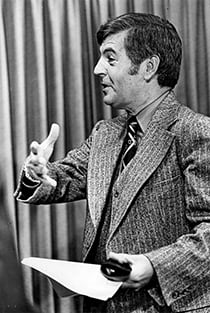 Pierre Trudeau’s father, Justin’s grandfather, was a lawyer and entrepreneur. Pierre Trudeau grew up in comfort. Claude Wagner’s father was a central European violinist who moved to Drummondville, where he could find no market for string players. He worked in a textile mill, made barely enough to support a family. “When he told me of his father working with his hands, I felt that the son had been profoundly humiliated for his father,” William Johnson wrote in the Globe and Mail a week after Claude Wagner died. “He was never a party man, always a lone wolf, proud, suspicious, mistrustful of his fellow team members, unalterably aloof. He never became, anywhere, one of the boys.”

Pierre Trudeau was proud and aloof too, but luckier most times at bat. History is written by winners. But eventually it is also written, one way or other, by sons. Richard Wagner was born in 1957. He would have watched each of his father’s near-misses closely. It seems to have motivated him. By all accounts he was a stellar lawyer before becoming a judge, like his father, in 2004. Opposition MPs joined Conservatives in putting his name on a list of three that went to the Prime Minister for a final decision. After Harper named Wagner, the opposition parties hurried to approve.

Parliamentary approval of Wagner’s nomination is a formality. He will begin sitting on the Supreme Court before year’s end, joining four other Harper appointees. The Harper justices will now form a majority on the court. So far Wagner’s predecessors have felt free to hand the Conservative government judicial defeat after judicial defeat. There’s no reason that will change radically once Wagner arrives. Whatever happens, his role in shaping Canada’s future is assured.

Justin Trudeau will be lucky to do as well. He set an amiable tone at his campaign launch, but his party has set a comically long timeline for its latest in a long series of leadership dramas. Trudeau must spend months showing he has something to say. When (if?) he takes the leadership next April, he will still lead a weak party on a decade-long path of decline. Stephen Harper turned his own party around by merging it with a sometime rival party. Trudeau has explicitly ruled out the equivalent option, a merger with the NDP. So his aim is to reverse a terrible trend in a crowded field by doing nothing to change the field.

Charisma, incidentally, is an unreliable friend in politics. Ken Dryden was the greatest hockey goalie in the history of the game. He finished in last place on the second ballot of the 2006 Liberal leadership campaign and lost his seat in 2011 to Mark Adler, a Conservative who wrote books about cross-border shopping. Marc Garneau flew rockets into space; the first time he ran for Parliament he lost to a management consultant. Canadians are perfectly uninterested in filling Parliament with red-carpet celebrities. Justin Trudeau is free to prove the skeptics wrong. All he has to do is prove them wrong. If he doesn’t, the skeptics will have been right. Meanwhile the corridors of Parliament are full of ghosts, and they watch, too.