From political heavyweights who gave O'Toole key support to also-rans who exceeded expectation, there's a new cast of Tories to be reckoned with 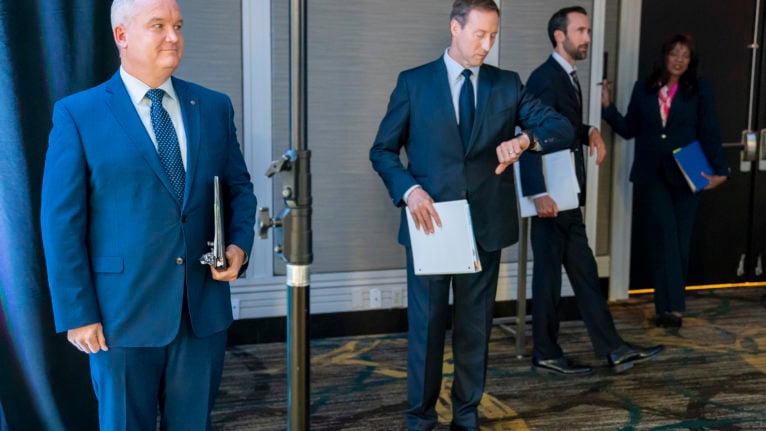 It’s not quite a new generation of Conservative leadership taking the reins; Andrew Scheer was nine years younger when he won the job than Erin O’Toole, 47, is now. But the second boss to try restoring glory to The House Harper Built has his own group of figures sharing the glow of his victory today. Not all, of course, are new faces.

No other premier placed a bet on this contest, and the Alberta veteran’s paid off. His United Conservative Party caucus helped rally Alberta votes, and he used his famed Rolodex of minority community leaders in other provinces to help O’Toole in other parts of the country. The results don’t make out Kenney quite the rainmaker he’s reputed to be—MacKay held his own in immigrant-heavy Toronto and Montreal areas, and O’Toole didn’t get a full third of first-ballot points in Kenney’s province. But the premier’s anti-MacKay message likely helped give O’Toole the edge among voters in Kenney’s western and socially conservative bases. His influence on O’Toole showed up in the new leader’s platform: his plan to declare pipelines and railways “critical infrastructure” and no-go zones for protestors is a near-facsimile of the Kenney government’s controversial Bill 1 this spring. 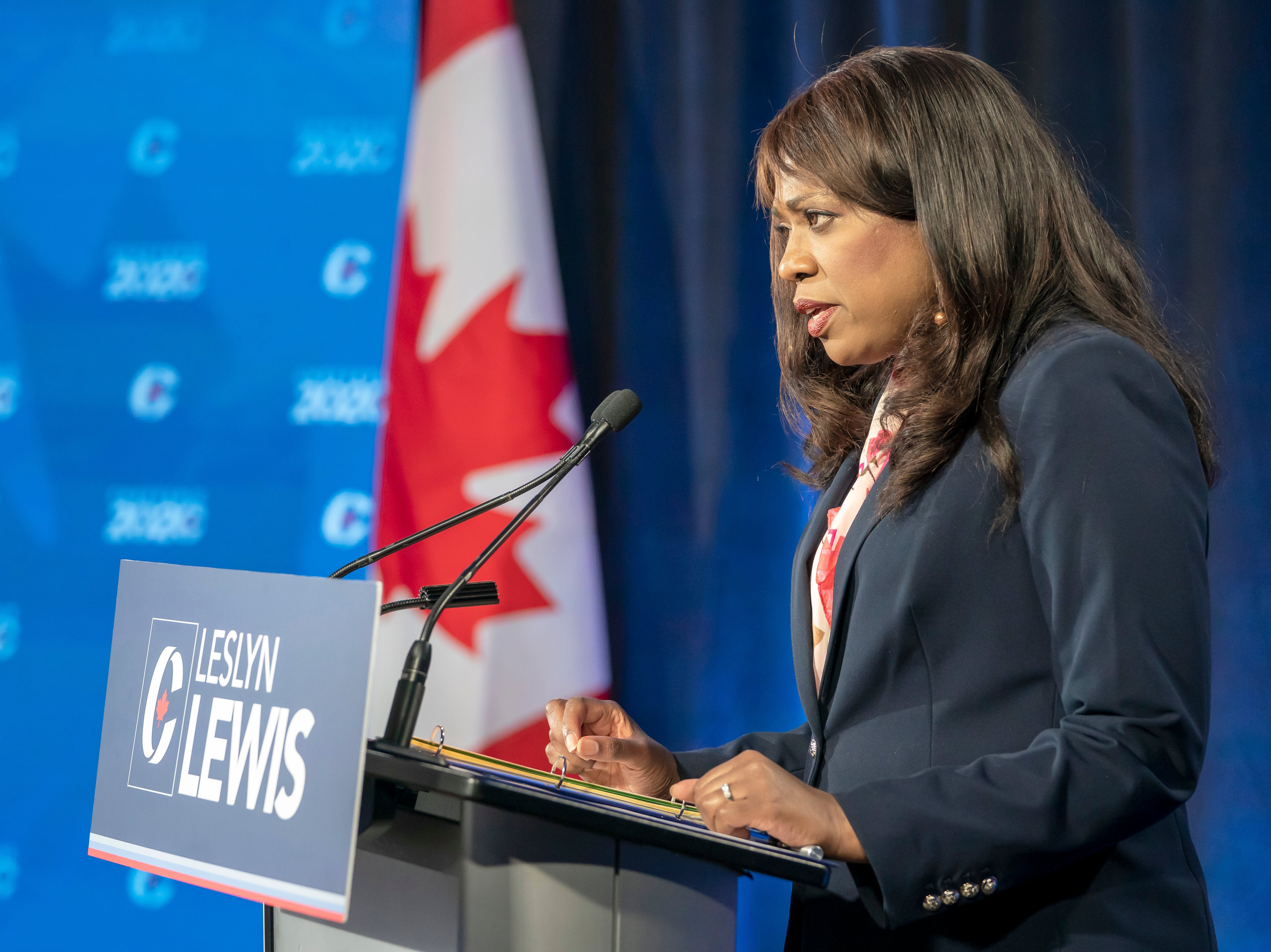 Lewis at a French leadership debate in June. (Frank Gunn/CP)

In the 2015 campaign, Lewis ran for the Conservatives in a no-hope Toronto riding, and only because the original candidate suffered a fatally embarrassing, uhh, gaffe. Lewis stayed out of last fall’s campaign. Now, the question for next election becomes which Ontario seat this Conservative star candidate will seek, after smashing expectations of how a political newcomer (let alone one who’s openly pro-life and a Black woman) can establish herself against Conservative establishment types. Her odds of being a strong presence at O’Toole’s side, however, may get diminished if Liberals highlight her unapologetic social conservatism as part of their trusty efforts to drag down Tory leaders on abortion and LGBTQ issues.

O’Toole’s path to victory cut through places like Jonquière, Berthier-Maskinongé and Manicouagan—small-town and exurban Québec ridings where only a few dozen Conservatives voted, but they went overwhelmingly for him, letting him rack up massive points in the leadership scoring system. MacKay appeared the clear favourite in Québec, but his rival out-organized him, with a team chaired by Clarke, a one-term Québec City MP who lost his seat to the Bloc last fall. Conservative attempts to carve back into Bloc territory will likely feature Clarke prominently once again, as he becomes a top O’Toole lieutenant.  UPDATE, Aug. 25: O’Toole named Clarke senior advisor to the leader.

The former Conservative party spokesman and political operations director sought office himself in 2015, in the Nova Scotia riding MacKay had represented for six terms. DeLorey lost, then hitched his wagon to O’Toole, managing both his leadership campaign in 2017 and this more successful effort. Such loyalty tends to get rewarded richly. UPDATE, Aug. 25: O’Toole named DeLorey the Conservatives’ national campaign manager.

If he had a poor showing, the rookie* Ontario MP risked becoming persona non grata with his Trump-esque campaign, highlighted by his coarse attacks on Dr. Theresa Tam, Canada’s chief public health officer. But Sloan did not have as poor a showing as expected; his 14 per cent of points were good only for last place in 2020, but that score would have vaulted him ahead of the top social conservatives in the 2017 race, as well as the third-place candidate Erin O’Toole. His performance shows there is plenty of favour among the Conservative base for an aggressively right-wing social conservative. He might not get a prominent critic’s portfolio in O’Toole’s benches, but he and his constituency cannot be easily dismissed.