The right (and wrong) way to leak to a journalist

Stephen Maher: The recent leaking of a draft bill by the Ontario NDP was amateurish in the extreme. Here's how these things are supposed to work. 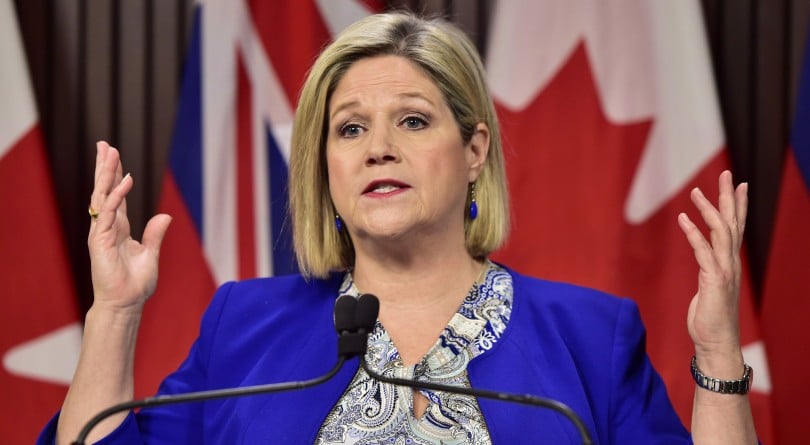 If the news is true, as it likely is, and the Ontario NDP was so sloppy with a leaked document last month that Doug Ford’s staff was able to find and fire the leaker, someone—like, Andrea Horwath, for instance—should apologize and resign.

It is likely that a public servant leaked a draft health bill because they were worried it would allow Ford to privatize health care delivery—which many think would jeopardize the public system, and which would certainly damage the health unions that are so close to the Ontario NDP.

I am in favour, in general, of this kind of leak. If the government is trying to do something controversial, whether I agree with it or not, and there are no privacy or security issues at stake, then leaking policy documents is a healthy part of the democratic to-and-fro, because it can force politicians to discuss their plans before they have cooked up a marketing plan. I think that’s usually good, and at worst harmless, and it has the added benefit of discomfiting governing politicians, helping keep them honest, because if they lie, someone might leak the truth, revealing them to be liars.

But Ford and his chief of staff, Dean French, seem intent on demonstrating that they are firmly in charge of the government they lead—big boss men—so it is not surprising that they fired the leaker and called in the Ontario Provincial Police to investigate.

Thankfully, Ford’s old friend, Ron Taverner, is not yet leading the force, so there is no reason to fear, as there will be if Taverner ever actually gets the job, that he would allow his gratitude to his friend to affect the force’s decision on the matter.

READ MORE: For access to the Ford government, two names matter most

I hope the OPP will decide that there is nothing to investigate and keep their attention on stopping real wrongdoing, not the kind of political leak that ought to be considered routine in the world that Ford and French have chosen to live.

What is surprising about this business is not Ford’s reaction but the NDP’s worrying incompetence.

The party posted the leaked documents with a URL that, sources told iPolitics, led Ford’s flunkies to the culprit.

This is unbelievably sloppy and ought to give pause to any other public servants who want to leak to the NDP’s opposition researchers.

It is amateurish in the extreme for the party to post the documents with a URL that not only allowed the leaker to be fingered, but which added nothing of value to the information. They could have easily trimmed it!

I don’t even know why the party wanted to post the documents itself.

Opposition researchers, usually the sharpest people in politics, often review documents they obtain from sympathizers in the public service, redact them to remove any info that could reveal the identity of the leaker, and pass them to journalists, who then roll out their scoops without saying where they got them, because they have undertaken never to say where they got them as a condition of receiving them.

Typically, oppo researchers decide who will get their leaks based on their experience with the reporter and the reach of their outlet — they give a good Toronto story to the biggest Toronto outlet and a difficult story to a good digger at a big paper.

This system allows opposition politicians to stand up in the House, point to the scoop and demand answers, without ever letting on that people who work for them had a role in the whole thing.

It is a fine system, and works pretty well no matter who is in charge, which is why smart journalists do their best to suck up to oppo researchers of all parties while maintaining a healthy skepticism about their bosses.

It looks like the Ontario NDP needlessly messed up this process, by foolishly grandstanding when they could have handed the docs to a professional at one of the fine Queens Park news bureaus, and failed to do the elementary redaction that would have protected their source.

If a Canadian oppo researcher or journalist has ever messed up this badly, I don’t recall it.

Before you pull the trigger and release leaked documents, you are supposed to think carefully about how they might reveal the identity of the leaker, and discuss the risks with the leaker at tedious length.

Paranoid political operatives often salt documents, as Brad Trost learned to his misfortune, changing or marking individual versions so that any leaks can be traced to the leaker, who will then find himself out of a job. To avoid these canary traps, journalists sometimes agree to only describe documents, rather than quoting from them, and have long, fraught discussions about what exactly a story could say to get useful information to the public but not risk exposing someone with their job on the line.

Journalists can advise sources to consider sending documents through a lawyer, thus gaining the protection of lawyer-client privilege, or travel to New York state to transfer documents, so that the Security of Information Act might not apply, or take cell phone pictures of documents on a personal phone and print them at home to avoid any possible electronic trace on a work computer.

There are a lot of people in this country who know how to do this kind of thing without anyone losing their jobs. It appears, though, that those people don’t work for the Ontario NDP.

The party had better smarten up, and soon. Ontario needs a competent opposition.

Here’s how to leak to Maclean’s