The sketch: Is the Fair Elections Act a lesson in democracy?

'Mr. Speaker, we have only begun debate' 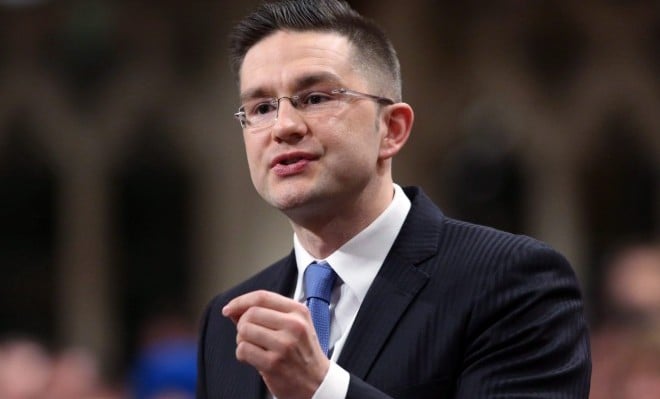 It is not well and truly a fight until someone moves a concurrence motion.

A day earlier the government side had provided the House of Commons with the necessary notice that it would be moving a motion for time allocation, thus was everyone alerted to the possibility that the Conservatives would pursue a formal limit on the amount of debate at second reading for Bill C-23, the so-dubbed Fair Elections Act.

And so with the start of business this morning, the New Democrats set about mucking things up. There was a concurrence motion, which eventually compelled the government to move a motion to adjourn debate on the concurrence motion, then a motion to adjourn, then votes, in some cases conducted slowly, on concurrence and adjournment, then a motion that a member-be-now-heard (which was denied on procedural grounds), then a question of privilege (pertaining to the translation services provided to MPs during a briefing on C-23) and then a point of order (pertaining to a discrepancy between the English and French versions of C-23). Only then was Government House leader Peter Van Loan able to move his motion of time allocation and after the necessary hour of debate on that motion and the 30-minutes of bells (electronic chimes, really) to call in the members, the House was running rather behind schedule. Finally, after some disagreement over when the time for statements by members should occur (the New Democrats said after Question Period, the Conservatives said before), the Speaker decided to proceed with Question Period. (The Liberal deputy whip would later complain that the NDP’s mucking about had actually served to reduce the time for debate.)

As luck would have it, matters in the House played out while the chief electoral officer was down the hall to testify before the Procedure and House affairs committee about an unrelated matter. It was there that the NDP’s David Christopherson took the opportunity to table a motion calling for more than two months of hearings on C-23, including travel to “all regions of Canada, (Atlantic Canada, Quebec, Ontario, Northern Ontario, the Prairies, British Columbia and the North), as well as downtown urban settings (such as the Downtown Eastside of Vancouver) and rural and remote settings.” And it was shortly after this that the chief electoral officer, finished with his appearance before the committee, faced questions from reporters and thus publicly expressed some reservations about the government’s bill.

As these things go, this passes for excitement. Or at least, in regards to the official opposition’s efforts, an attempt at excitement.

If the goal of the parliamentary system is that nothing should go quietly, then something might be said for the first three days of C-23’s existence. The minister might have had the advantage of making the first comment, but given two days to study the bill’s clauses, the press gallery has started to sort through the details and circle the interesting bits. And now as the parties stake out their positions and work their angles and the parliamentary process unfolds and interested observers step forward to offer their judgment, the minister must talk his way through, past or over whatever can be said about his bill. This is something like how it’s supposed to work, as perhaps it should in particular for a bill about democracy.

Mr. Mulcair chopped his hand in Mr. Poilievre’s direction and Mr. Poilievre stood, buttoned his suit jacket like a gentleman and responded in kind.

“Mr. Speaker, what the amendments to section 18 actually do is require that before the CEO of Elections Canada experiments with new methods of voting that those methods be approved by Parliament,” he explained. “One of the methods that has been discussed is online electronic voting. Now, the NDP tried electronic voting at its very convention and could not make it work. So if the New Democrats could not make it work at their convention, why do they want the CEO to have the ability to do it without Parliament’s approval for the entire national election?”

Whether the minister had come up with this on the spot or been waiting for days for the opportunity to use it, this was a good line. Except possibly for the fact that when Thomas Mulcair’s proposed reforms to the parliamentary budget office included the stipulation that the officer be appointed after consultation with “both houses” of Parliament, it was John Baird who stood in the House and lamented that the NDP leader desired to give “new and unprecedented power” to the “unelected Senate.”

Mr. Mulcair tried again and then Mr. Poilievre attempted to reach for oratory.

“We will never apologize,” he declared, “for putting Parliament in charge of protecting the voting system.”

Yes, well, about that.

After various questions about various other matters, NDP whip Nycole Turmel stood to lament, of the time allocation motion, that the government was trying to “silence the opposition” In between references to omnibus bills and fraudulent calls, she suggested that the Elections Act should not be handled in a “partisan” manner.

Now Mr. Poilievre would offer his version of events over the last 72 hours.

“Mr. Speaker, the NDP has to make up its mind. First of all, New Democrats did not want any debate at all on the Fair Elections Act,” he ventured. “They sent their NDP critic out to declare his opposition to it seconds before he admitted he had not read it. Now they are saying they want more debate, so we are saying, that is great, let us send it to committee so that it can be debated and studied there, and they are opposed to that, too.”

There is surely something to be said for debate, not quite as to whether whatever is said in the House of Commons about today, tomorrow and Monday will or will not change anyone’s mind. As I seem to recall someone once pointing out to me, it is also a matter of time—the time provided by the parliamentary process that allows for consideration, scrutiny and the marshalling of public opinion.

This bill (252 pages) will have gone from tabling to passing at second reading in less than a week. Even if this government’s Accountability Act (200 pages) received a similar number of days of debate at second reading in 2006, 16 days passed between tabling and a vote. The Chretien government’s political financing bill (274 pages) in 2003 was seven weeks old when it passed at second reading. In total, it took more than two months and more than four months respectively for those bills to pass the House.

Those are but two examples (plucked off the top of my head as examples of recent democratic reform). But while we’re here, presented with the possibilities of changes to the way we conduct our democracy, perhaps we might sort through some other things as well.

“Mr. Speaker, the Conservative government has decided Elections Canada should no longer play a role in educating Canadians about voting,” the NDP’s Chris Charlton reported after Ms. Turmel had finished. “The minister pays lip service to democratic reform and increasing voter turnout, but then introduces a law that would do the exact opposite. Why is the minister blocking Elections Canada from doing outreach and education to increase voter turnout? Why is he afraid of people voting?”

“Mr. Speaker, to the contrary, since Elections Canada began its promotional campaigns voter turnout has plummeted from 75% to 61%,” he said.

“Oh, so it’s their fault?” came a voice from the NDP side.

“The reality is that Elections Canada data show that the leading reason for which young voters do not cast ballots is because they do not have all the necessary information,” Mr. Poilievre continued. “For example, half of young people are unaware that they can vote in advance, by mail or by special ballot at the Elections Canada office. That means that one in two youth voters who are busy on election day do not have any other option to vote. We want to inform them of those options so they get out and cast their ballots.”

Next, Ms. Charlton asked if the government would entertain amendments to its bill.

“Mr. Speaker,” responded Mr. Poilievre, “we have only begun debate.”

This, one way or the other, is almost certainly true.

So gather round kids. In addition to learning how to vote, you might now get a lesson in what happens after you’ve done so.