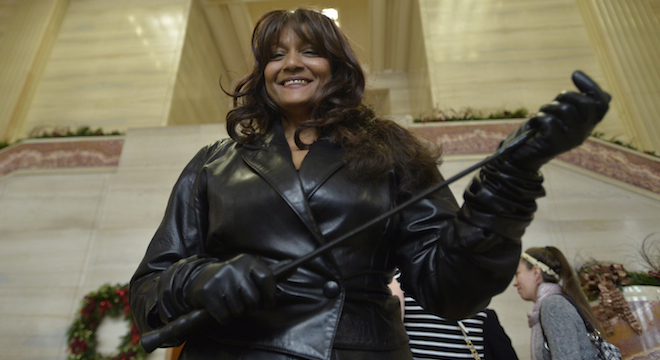 The Supreme Court of Canada has struck down the main laws that limit the ways prostitutes work in Canada, but given the federal government a full year to pass new legislation to regulate the sex trade.

In a unanimous decision, written by Chief Justice Beverley McLachlin, the court found that the three key provisions in the laws around prostitution, which is not itself illegal in Canada, expose prostitutes to unnecessary dangers to such a degree that the provisions violate the Charter of Rights and Freedoms.

But McLachlin was careful not to throw the door open to unrestricted prostitution. “I have concluded that each of the challenged provisions, considered independently, violate the Charter,” she wrote in a key passage, but went on: “That does not mean that Parliament is precluded from imposing limits on where and how prostitution may be conducted.”

McLachlin said the three main aspects of the law that the court was considering—prohibitions on keeping a bawdy-house, living on the avails of prostitution and communication about prostitution—have to be considered as an “intertwined” set. “They impact on each other,” she wrote. “Greater latitude in one measure—for example, permitting prostitutes to obtain the assistance of security personnel—might impact on the constitutionality of another measure—for example, forbidding the nuisances associated with keeping a bawdy-house.”

Recognizing that reforming the law will be a complex matter, her judgement gave the federal government a year to draft and pass new laws, in effect suspending the affect of today’s ruling. Given that the basis for the decision was the court’s finding that the laws as they stand force prostitutes to work in dangerous ways, that delay is a serious matter.

McLachlin admitted that “leaving the prohibitions against bawdy-houses, living on the avails of prostitution and public communication for purposes of prostitution in place in their present form leaves prostitutes at increased risk for the time of the suspension—risks which violate their constitutional right to security of the person.”

The appeals case started when three Ontario prostitutes, Terry-Jean Bedford, Amy Lebovitch and Valerie Scott, challenged anti-prostitution laws in 2009, arguing the rules stop them from taking steps to protect themselves. (Their lawyer is slated to hold a news conference on Parliament Hill later this morning, . The news conference was cancelled)

The prostitution decision carries echoes of previous key rulings from McLachlin’s court. Back in the fall of 2011, the court ruled against a bid by the federal government to shut down a pioneering supervised injection clinic in Vancouver, called Insite, for drug addicts.

That ruling also took into account the practical harm that might be done marginalized individuals—heroin addicts, in the case of the Insite decision—if the facility was closed. “The potential denial of health services and the correlative increase in the risk of death and disease to injection drug users outweigh any benefit that might be derived from maintaining an absolute prohibition on possession of illegal drugs on Insite’s premises,” said the 2011 Insite ruling.

Today’s ruling on prostitution comes to a similar conclusion: “The harms to prostitutes… such as being prevented from working in safer fixed indoor locations and from resorting to safe houses, are grossly disproportionate to the deterrence of community disruption.  Parliament has the power to regulate against nuisances, but not at the cost of the health, safety and lives of prostitutes.”

The first reaction from the government to a Supreme Court decision is usually very cautiously worded. But in this case the tone of stern disapproval from Justice Minister Peter MacKay, who expressed “concern” over the ruling, was unmistakable. “We are reviewing the decision and are exploring all possible options to ensure the criminal law continues to address the significant harms that flow from prostitution to communities, those engaged in prostitution, and vulnerable persons,” MacKay said in a written statement.

He went on to suggest that while the court focused on the safety of prostitutes, the government is more broadly worried about otheres in the neighbourhoods where the sex trade is conducted: “We are committed to the safety of all Canadians and the well-being of our communities.” And MacKay alluded, without being specific, to ways the law already seeks to protects prostitutes. “A number of other Criminal Code provisions remain in place to protect those engaged in prostitution and other vulnerable persons, and to address the negative effects prostitution has on communities,” he said.

A sharper rebuke of the court came from Michelle Rempel, the minister of state for western economic diversification. “Can’t help but feel our judiciary struck a blow to women’s safety and equality this morning. We aren’t a commodity to be bought or sold,” the the Conservative MP for Calgary Centre-North said on Twitter.