Decision was a 'mess of the prime minister’s own making,' writes Emmett Macfarlane 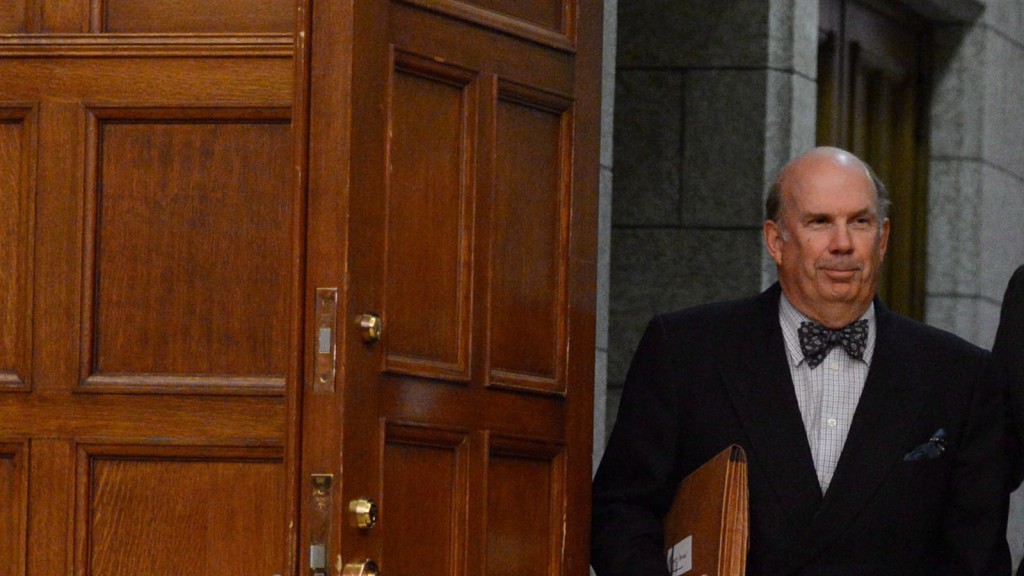 Unprecedented doesn’t begin to describe it.

The Supreme Court has soundly rejected an appointment to its own bench in a 6-1 decision. Never before has it dealt with a legal challenge to an appointment of one of its own. And now it has—for the first time—officially elaborated on its own place in the Constitution, so that any changes to its “composition,” including who is eligible to sit on its bench, now require the consent of all provinces in the form of a constitutional amendment.

It is difficult to not feel sorry for Marc Nadon, the former Federal Court of Appeal judge whose appointment sparked this case. The Court determined that section 6 of the Supreme Court Act requires that judges appointed to one of three seats reserved for Quebec must be from the Quebec Court of Appeal, or Superior Court, or be a current advocate of the province. But beyond determining the legality of the specific appointment of Nadon, the decision has enormous repercussions for a number of important issues.

First, the Court’s decision firmly establishes the special status Quebec enjoys as a result of its unique civil law system (the rest of Canada operating under the common law system), not only in terms of mandating the requirement that three of the Court’s justice have up-to-date experience in the province’s civil law, but also to ensure the protection of that status as embedded within section 41(d) of the constitutional amending formula, which refers to the “composition of the Supreme Court.”

Second, by reading “composition of the Supreme Court” broadly—rather than a narrow interpretation that would limit it to the number of judges on the bench, for example—the judges have entrenched the eligibility requirements in the Supreme Court Act and any “essential features” of the Court’s structure and operation into the Constitution. This would seem to settle, in large part, a long-running debate in Canadian legal circles about the constitutional status of the Supreme Court itself, though cynics (read: political scientists) might suggest the Court had a lot of strategic interest in this broader interpretation.

Finally, the decision calls into question the current process of appointments to the Supreme Court. The lack of transparency and accountability in the existing system of prime ministerial appointments is unacceptable. Despite tepid measures of reform—such as the establishment of an all-party committee to reduce a government longer list of candidates to a short list, and an interview of the appointee before a committee of parliamentarians—the prime minister retains virtually complete discretion and the process itself is conducted entirely behind the scenes.

The all-party committee that develops the short-list of candidates conducts its work in complete secrecy. Not only are its members prohibited from discussing where they stood on deliberations, they are not even allowed to state publicly whether the committee was unanimous on the short-list that it developed. It is absurd that the opposition parties would even agree to take part in a practice that basically serves only to put a bipartisan stamp of legitimacy on the outcome.

What makes this lack of transparency unacceptable is that individuals are appointed to one of the most powerful governing institutions in Canada without citizens having any sense of who they are and how they might approach their role. More transparency and greater scrutiny on the process would make it much more difficult—politically if not legally—for a prime minister to try to game the system as some believe Harper has attempted here: in making an appointment of dubious legality and then attempting to amend the Supreme Court Act to permit that appointment. More significant reform to reduce the prime minister’s discretion, such as the creation of a truly independent appointments committee, is also worth considering.

The Nadon appointment put the Court in an extremely difficult position. The Court’s decision to read the purpose of section 6 as requiring up-to-date experience in civil law is hard to assail, yet the same is true of the dissenting opinion of Justice Moldaver (as well as that previously expressed by former Supreme Court justices Binnie and Charron, and constitutional expert Peter Hogg, among others). Moldaver argues that the general requirements in section 5, which simply require 10 years in good standing at the bar (and not necessarily current standing), applies to all judges, including those from Quebec.

As Moldaver points out, not reading section 5 in tandem with section 6 leads to the absurdity that someone could be appointed to a Quebec seat after just one day at the bar. Indeed, the majority refused to address the question of whether Nadon would have been eligible, had he simply resigned from the Federal Court and joined the Quebec bar for a day.

While there were clear legal reasons to support either outcome, a decision to accept Nadon’s appointment would have risked the Court severely alienating Quebec, to the extent that its very legitimacy would have been called into question by many in the province.

The Court must also not be very happy with being put in the situation of rejecting Nadon’s eligibility after having sworn him in. One would think that had the justices known he was ineligible they would have refused to do so. (I am not suggesting this should have legal significance; indeed, there are reasons why the Court hears cases before making decisions. But the context adds to the awkward politics the justices had to contend with during this whole mess).

Finally, the Court’s broad reading of the requirements for constitutional amendment, as noted above, signals in a major way that the Harper government is unlikely to be happy with the Court’s yet-to-be-released decision in the Senate reference. If the justices follow a similar approach, it is unlikely that Parliament alone will be granted the authority to institute Senate reform without substantial provincial consent.

In many ways, today’s decision was a mess of the prime minister’s own making. The appointment of Nadon was not only unusual because he was a Quebec appointee from a Federal Court, but also because he held a supernumerary (semi-retired) position. The fact that the Supreme Court was able to block the appointment in this case should not give Canadians any comfort about the integrity of a broken, opaque selection process. If anything, today’s decision makes all the more clear that it is time for meaningful reform.