Politics Insider for Nov. 24, 2021: The Governor General's cautious speech; a fed-up opposition; and a breakfast brawl 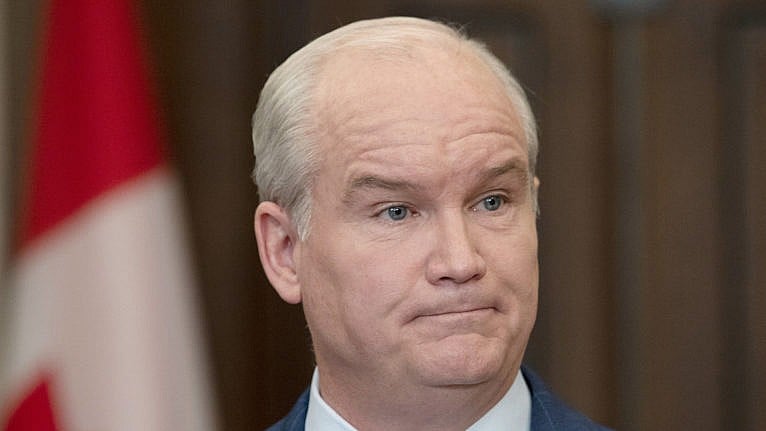 Well, that was anticlimactic. Tuesday’s Speech from the Throne turned out pretty thin—short on length and short on substance, too, despite all the big themes the Liberal government signalled to in their parliamentary scene-setter. The warning that “Earth is in danger” made it into a Globe and Mail headline, sure, but that statement didn’t come with any major adjustment of the Liberal climate plan. Not a very ambitious outing for a crew that was not so long ago claiming September’s pandemic-era election was the “most important” in our lifetimes.

Long on pomp: Our Shannon Proudfoot watched the ceremony in person. Her deft analysis tracks Trudeau-era throne speeches, points out Liberal defensiveness on inflation and sums it up as a “polished and sanded version of reality”:

Long on pomp, symbolism and positive spin, short on specifics or the blunt acknowledgement of any unpleasantness, the Throne Speech perhaps resembles nothing so much as a stereotypical family Christmas letter: Dear family and friends, here is what we celebrated this year and what we hope for next year. In those things, job losses are recast as a “change of career,” mortal illness is nodded at with hope and optimism, and the strain and messiness of family life is airbrushed into tidy, appealing vignettes suitable for someone else’s fridge door.

If you’re looking for the Coles Notes, here’s a handy list of five takeaways from yours truly, including which key campaign promises were repeated in the speech—and why Governor General Mary Simon makes the same old promises on reconciliation sound a little different. That’s a theme expanded on in our image of the week post, which also gets you a look at (we can’t resist) the governor general’s very cool hair.

Ouch: It’s not shocking to see Prime Minister Justin Trudeau’s rivals panning the speech, but the colour commentary sounded especially exasperated this time around. The NDP’s Jagmeet Singh accused the government of running “out of ideas” and “out of steam”—though we’d be surprised if he found within it any poison pills to vote against. The Bloc’s Yves-François Blanchet said it was full of “buzzwords” but had nothing else to say, and could’ve been written by a college student. “This government’s platitudes are becoming barriers to real action,” Conservative leader Erin O’Toole said.

Threading needles: Conservative whip Blake Richards brought forward a point of privilege Tuesday afternoon on the House of Commons vaccine mandate that requires MPs to be double-vaxxed to enter the building (or have a medical exemption plus a recent negative test result). It’s the fruition of a Conservative promise to challenge the way the policy was handed down—not with a vote of the full House of Commons but with a decision by a small group of MPs who sit on the Board of Internal Economy, whose meetings aren’t made public. Despite suspicions across the aisle, Richards insists they’re not looking to question the role of vaccines in fighting the pandemic.

“This question of privilege doesn’t relate in any way to disputing vaccines, or their very vital role in conquering the COVID-19 pandemic,” Richards said, as reported by CTV News. “What I’m questioning here is the jurisdiction of the board to be able to make that decision.”

Coming down the pipes: TC Energy is asking for U.S. government compensation, by way of arbitration, after the Biden administration cancelled the Keystone XL expansion project. … And Alberta legislators spent time Tuesday debating a motion to condemn David Suzuki for the pipeline comments we caught you up on in yesterday’s newsletter.

Going down the pipes? Tuesday’s dumbest Canadian politics fight came thanks to a tweet from O’Toole that pointed out the rising cost of groceries with an image of “one of the most important meals of the day.” (It’s gotta be in the top three, at least.) Former Trudeau principal secretary Gerry Butts asked if the full breakfast came with a defibrillator on the side. And. Well. Sigh.