The trial that will decide whether Dilma Rousseff remains in office is underway. How did we get here? 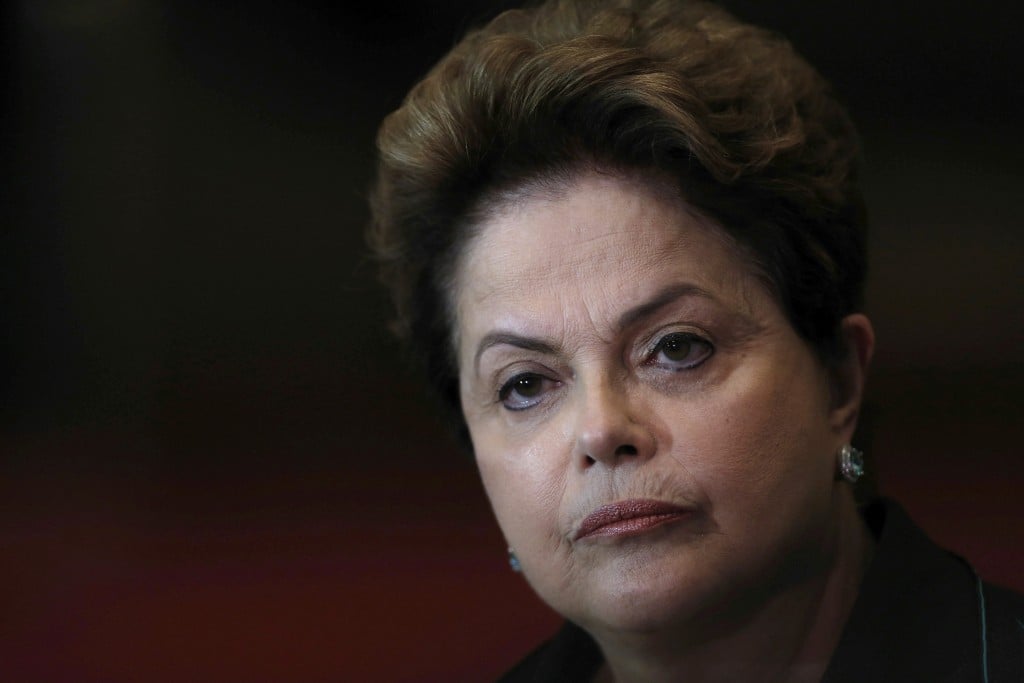 In this Oct. 6, 2014 file photo, Brazil’s President Dilma Rousseff listens to a question during a re-election campaign news conference at the Alvorada Palace in Brasilia, Brazil. Just days after the Rio Olympics ended, Brazilian senators are now gearing up for a final decision on whether to permanently remove President Dilma Rousseff from office.(AP Photo/Eraldo Peres, File)

RIO DE JANEIRO – Brazil’s Senate on Thursday began a trial to decide whether to permanently remove President Dilma Rousseff from office. While the formal accusations against Rousseff are related to her management of the federal budget, the leadership fight involves much more. The Associated Press explains how we got to this point and how the trial is likely to play out.

Rousseff was re-elected to a second four-year term in October 2014. As the economy worsened, hundreds of thousands took to the streets in early 2015, with many demanding the ouster of Rousseff and her left-leaning Workers’ Party. Her foes in Congress introduced a measure last year to impeach and remove her. In April, the Chamber of Deputies approved it 367-137 and in May, the Senate voted 55-22 in favour. Rousseff was suspended and Vice-President Michel Temer became interim president.

What is Rousseff accused of doing?

Rousseff is accused of illegally shifting funds between government budgets. Opposition parties say that was to boost public spending and shore up support while masking the depths of deficits. Rousseff says other former presidents used similar accounting techniques.

How will the trial unfold?

Supreme Court chief justice Ricardo Lewandowski will preside as witnesses from both sides testify and senators cross-examine them. Rousseff is expected to testify on Monday. A vote is expected by the middle of next week. A supermajority – 54 of the 81 senators – is needed to convict her, which would result in her permanent removal from office.

What do Rousseff’s supporters and opponents claim?

Rousseff and her backers say impeachment is a “coup” by corrupt opposition lawmakers meant to derail investigations into into billions of dollars in kickbacks at the state oil company. They also argue that Brazil’s ruling class wants to end 13 years of leftist government. Opponents say Rousseff’s budget manoeuvrs aggravated the crisis in Latin America’s largest economy.

What happens if she is convicted?

A conviction would permanently remove Rousseff from the presidency and bar her from holding any office for eight years. Temer would serve out her term, which ends Dec. 21, 2018. If convicted, Rousseff will likely appeal to the country’s highest court. But previous appeals during the process have failed.

What happens if she is absolved?

If fewer than 54 senators vote to remove her, Rousseff would return to office. She’s promised that if that happens, she would let voters decide in a plebiscite whether they want early presidential elections.

What do Brazilians want?