The true measure of Nelson Mandela

Mandela was what his nation needed, and had no right to expect. He was released from prison 25 years ago on Feb. 11, 1990 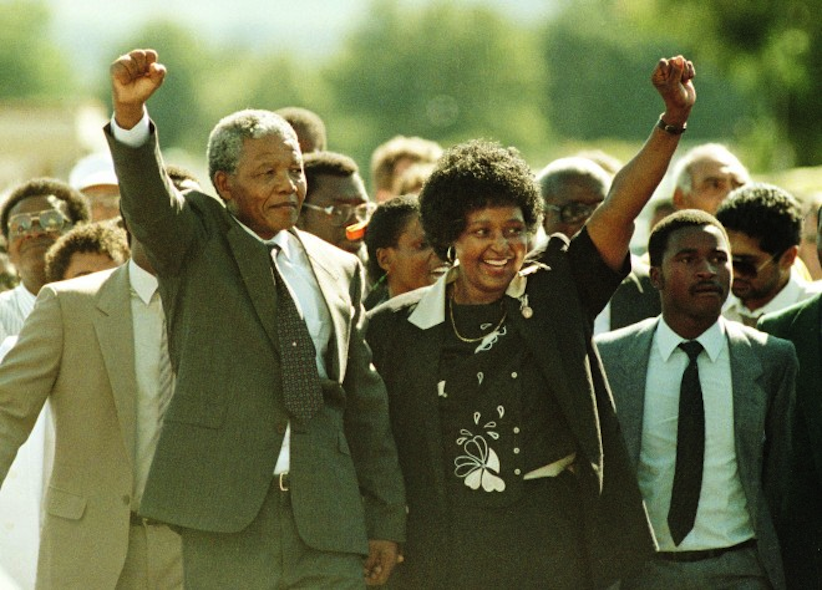 Nelson Mandela was already 44 when he began his 27 years in prison more than half a century ago, and by the time he died, he had been out of jail nearly as long as he had been in it. As the actual events of the first half of his long and eventful life fade from living memory—decades of legal, political and even underground struggle against apartheid—his story has become increasingly mythic. In the popular imagination it’s a twin-track tale of prison suffering followed by vindication as the first president of post-apartheid South Africa. Like all powerful myths, it’s accurate at its core, but it glosses over not only the early days but the long transition from tragedy to triumph. Peering backwards, the struggle is seen as won when Mandela walked out the prison door—and the rewards, for man and nation, as inevitable and almost instantaneous. But there were four crucial years, from 1990 to 1994, between Mandela’s release and his inauguration, the years of crisis, when South Africa’s possible futures were poised in the balance—the years that showed the true measure of Nelson Mandela.

There were more political players involved in South Africa than ever in 1990. They were all jostling, sometimes desperately, for a post-apartheid future more friendly to their interests—for many whites, that meant a renewed apartheid-by-any-other-name. By mid-year, five months after Mandela’s release from prison, there were more dead from political violence, some 1,500 in total, than in the whole of 1989. Repeated clashes, killing dozens at a time, raged between Mandela’s African National Congress and Mangosuthu Buthelezi’s Inkatha party, often with the white police authorities standing aloof. One week in June 1992 alone saw four mass killings of ANC loyalists, including women and children, by Inkatha forces: “Black life had never been so cheap,” Mandela wrote in his autobiography, Long Walk to Freedom.

Especially at the moment of supreme crisis, in April 1993, when a white terrorist assassinated Chris Hani, the popular head of the ANC’s armed wing, the pressures on Mandela were enormous. Even as the outside world, so slow to come to the aid of the anti-apartheid forces, now wanted to relax sanctions—Mandela’s most potent peaceful weapon—many of his supporters clamoured for him to go to war, while many of his opponents dared him to. A man in his position could easily, understandably—and in historical terms, justifiably—have let loose Yeats’s blood-dimmed tide.

Yet Mandela did not. South Africa remains poor and violent, and far more promise than reality for most of its people, but it is not the post-civil war wasteland it could so easily have been. Instead, Mandela kept steering between the contradictory pressures on him—to make some sort of deal, however full of shortcomings and injustices, simply to move the process along, or to turn to the gun—and also to continue to offer to his opponents everything he demanded for his own side. Not since Lincoln had any world figure shown the same sort of resolve, the same determination to achieve what justice demanded for his cause, coupled with an inclusive magnanimity toward those who would have to yield unconditionally for justice to prevail. Surrender your privileges, he effectively said to the white community, and you too will be a valued part of South Africa’s future. And, crucially, be able to lead moral lives yourselves: “The oppressor must be liberated just as surely as the oppressed.”

All this from a man who had felt the lash and the petty cruelties of apartheid as much as anyone. Over a short span from 1968 to 1969, the imprisoned Mandela saw his mother die, his eldest son killed in a car accident and his then-wife, Winnie, jailed as well. He wasn’t allowed to attend either funeral or to provide aid to Winnie in solitary confinement in Pretoria’s Central Prison. Denied his rights, his responsibilities—his very identity—as son, father and husband, Mandela was in torment. “I feel I have been soaked in gall, every part of me, my flesh, bloodstream, bone and soul, so bitter am I to be completely powerless to help you,” he wrote Winnie in August 1970 from his Robben Island cell.

Nor was his magnanimity a matter of pragmatism, although Mandela showed himself over the years as a master, as any statesman must be, of pragmatic deal-making and, especially, arresting symbolic gestures. The Springboks rugby team was virtually the sporting incarnation of the Afrikaner people and a hated icon of apartheid when Mandela put on their jersey to hand out the 1995 World Cup trophy. Some 63,000 mostly white South Africans were present in the stadium, precious few of whom were likely to have voted for Mandela a year earlier. When they saw him, they leapt to their feet and madly cheered his name, the name of their president.

In the end, the surprisingly rare belief that other people are as real and as worthy of respect as oneself, the patience and the astounding magnanimity were Mandela’s very essence. Was there ever a prisoner who could count so many of his former jailers among his friends? Consider Mandela’s tape-recorded comments about warrant officer Jack Swart, who used to regularly, under orders, drive him and other Robben Island prisoners, crammed into the back of a guards’ van, over bumps at high speeds in another of apartheid’s petty harassments. By the time Mandela was incarcerated in the high-end—for a jail—confines of Victor Verster, Swart had the job of cooking and cleaning for him. “I offered to wash the dishes,” remembered the soon-to-be president of South Africa in a conversation with Richard Stengel, editor of Mandela’s autobiography, “and he refused.” But Mandela persevered, and “I literally forced him to allow me to do the dishes and we established a very good relationship.” In Stengel’s account, by this point Mandela was no longer really talking to him, but rather conversing with himself. “A really nice chap, warder Swart, a very good friend of mine.” (Swart was later invited to the inauguration.) Then, snapping back to the present, Mandela turned again to Stengel. “In fact, man, just give me a plain sheet of paper because I must phone the commissioner of prisons and just phone [Swart] again, man.”

Mandela was just what his poor, bleeding nation needed, and had no right to expect. He was greater than his enemies deserved; greater than the leaders of foot-dragging Western countries who later rushed to eulogize him; greater than his family, squabbling about his legacy. “Deep down in every human heart,” he wrote in Long Walk, “there is mercy and generosity.” That’s not actually true, not by a long shot, but it was true of Nelson Mandela.