Jaime J. Weinman: The U.S. debate was like Saturday Night Live, while the Canadian debate, appropriately enough, was more like SCTV 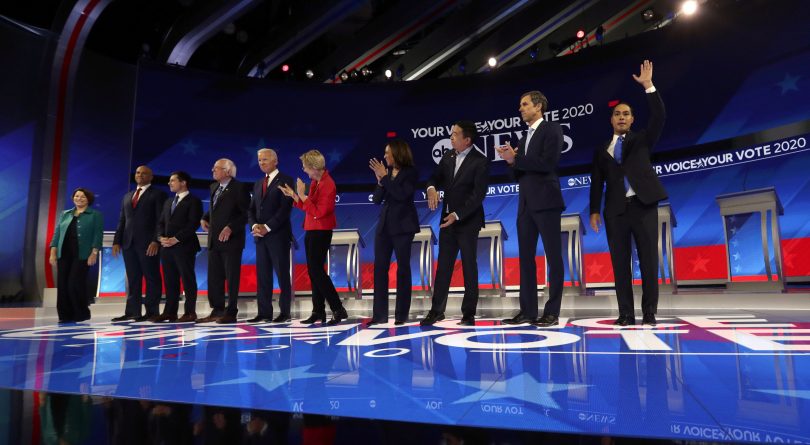 Jaime J. Weinman is a Toronto-based writer and critic who follows television, politics and culture.

Since the Maclean’s/Citytv National Leaders Debate and the ABC/Univision Democratic Candidates Debate happened on the same night at the same time—and neither featured the current leader of the country—I was asked to compare them, but purely as television productions. Others will comment on the more meaningful, life-and-death issues discussed in the debates.

One of the things I assumed going in was that the U.S. version would resemble a game show or reality show, while the Canadian debate, with its smaller scale and smaller number of candidates (three, instead of the 10 Democrats still in the race for their party’s nomination), would be more like hard news.

True, there were some “entertainment” elements in the U.S. debate, particularly the decision to place the three highest-polling candidates in the middle, and begin the questioning with the lowest-polling candidate. This essentially established Joe Biden as the frontrunner, Bernie Sanders and Elizabeth Warren as his real competition, and everyone else as a loser, setting up a dynamic for the entire evening.

But the Canadian debate, with the moderator at a podium and the three candidates under the studio lights, looked more like a game show than the U.S. one. It also featured more moments where contestants talked over each other or tried to challenge each other directly.

The Democrats’ debate was set up to avoid that kind of cross-talk. It was announced at the beginning that if a candidate interrupted while another was speaking, they would pay the ultimate penalty: less speaking time. And in general, the candidates tried to stay in their lanes and speak when asked to speak, creating a feeling that the moderators had power. 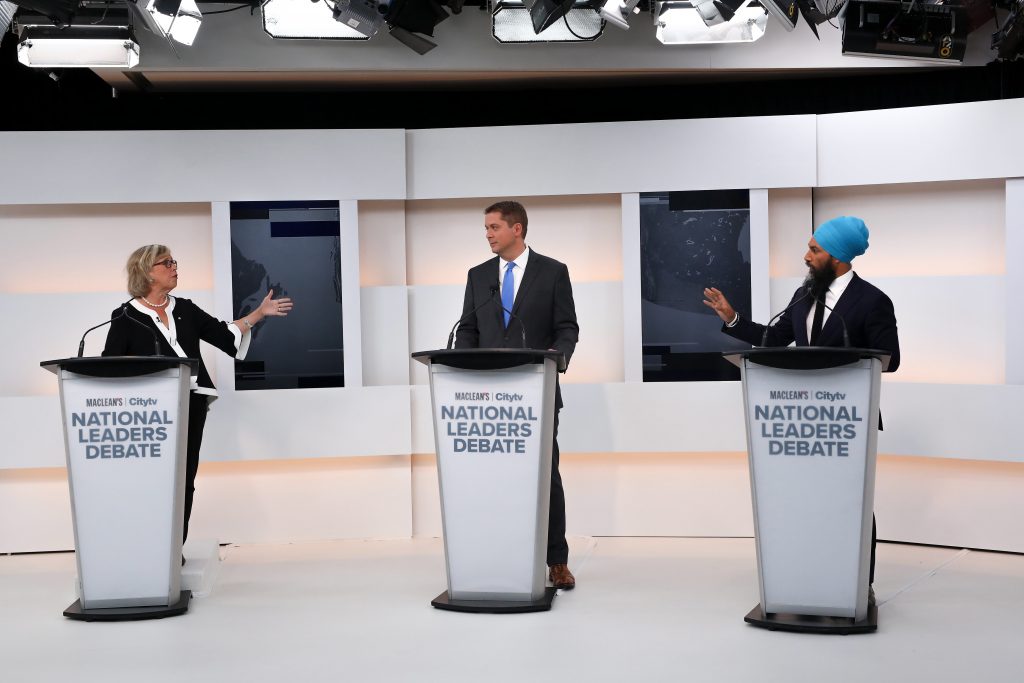 Another striking difference between the two debates was that the National Leaders Debate was broadcast from a closed studio, while the Democrats’ debate was in front of an audience at Texas Southern University in Houston. This became most evident when protesters interrupted, and the camera stayed on the candidates, who nervously waited for the protesters to be evicted so they could start talking again. But the crowd was a part of the whole evening, because the presence of an audience makes a big difference in the way people perform—and all politicians are performers.

In a large hall with an audience, the Democrats performed like theatre people: big, broad, and loud. But they also seemed more nervous and uncertain, even if they were reciting talking points they’d practiced in advance. If you want to compare the debates to comedy shows, then the U.S. debate was like Saturday Night Live while the Canadian debate, appropriately enough, was more like SCTV.

The advantage of the Canadian format was that it allowed the candidates to seem more at ease talking to one another; they didn’t have to ham it up as much as the Americans. The format also allowed for more individual choices in whom to look at. Andrew Scheer seemed to be playing to the viewer at home, looking directly at the camera; he might look for a split second to his right or left, just to acknowledge that the other candidates were there, but in a split second he would be back to us. Jagmeet Singh mostly looked toward the camera but not quite as directly as Scheer, and Elizabeth May seemed the most likely to focus directly on the other people in the studio.

MORE: The Elizabeth May show and the first leaders debate

One final key difference: the Canadian debate was in large measure about someone who was not actually there, while the U.S. debate revolved around someone on the stage (namely, Biden). The absence of Justin Trudeau, and the decision to leave his podium open, made him the star of the show, with the viewer evaluating each candidate in terms of what kind of challenge he or she might pose to Trudeau.

While the Democrats talked a lot about Trump, it was obvious that the real subject of the night was Biden: Julián Castro was dismissed as “mean” by an ABC commentator for questioning Biden’s memory (which many interpreted as a dig at the former Vice-President’s age), but at least he was saying things directly about Biden instead of merely implying them. The subtext of a lot of the night was that the other candidates were trying to take down Biden without going too far in the direction of criticizing the Obama administration, which most Democratic voters still admire. This, again, gave the debate some real intensity.

Of course, if the U.S. debate felt more intense, it might simply be that it was a high-stakes competition to take on Donald Trump for the leadership of the world’s biggest superpower. Everyone on that stage had good reason to look nervous, while even if Trudeau had been there, that probably wouldn’t have happened in Canada. The old curse, “may you live in interesting times,” applies to debates as well.