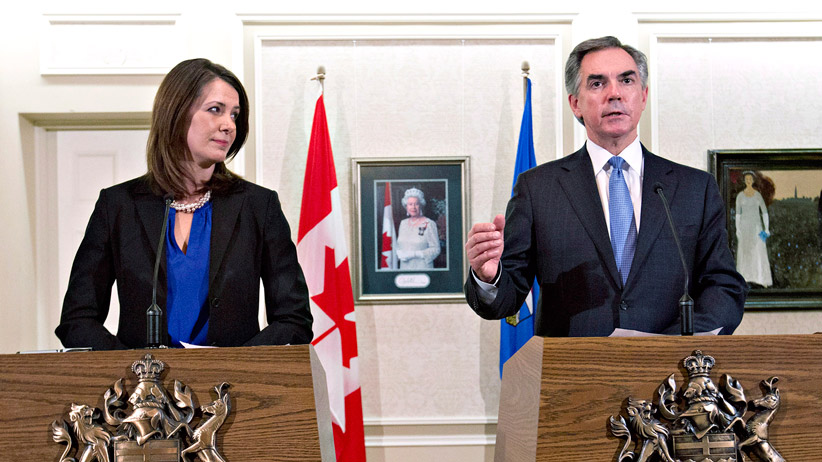 When Danielle Smith led eight of her 13 fellow members of the Wildrose caucus over to the government side of the Alberta legislature last month, she was vilified for what some regarded as a display of undemocratic, shameful servility. What one notices now is that the consequences seem to have gone awry, falling hardest on the party she left behind.

The Wildrose constitution specifies that the earliest date on which the party can pick a new leader is March 17. Progressive Conservative Premier Jim Prentice has announced that Alberta MLAs will return to the legislature March 10. It is being widely reported that the Conservatives intend to have all their constituency nominations wrapped up by March 15, having conducted a grand total of zero so far.

Prentice will not confirm this but did tell the Edmonton Sun, “I intend to make sure that [the nominations] all take place this winter.” PC executive director Kelley Charlebois has said that 35 (of 87) nominees will be chosen on what he is calling “Super Saturday,” Feb. 21.

A spring Alberta election seems a near-certainty. Alberta has a law fixing the date of the next election in the spring of 2016, but that was passed back in December 2011—60 days after Ed Stelmach (who?) was replaced as premier by Alison Redford (which one was she again?). The way things have gone in Alberta, that now seems like a thousand years ago. As is now generally realized, fixed-election laws do not and cannot stop a lieutenant-governor from dissolving a legislature early if a ﬁrst minister advises him to do it.

If Wildrose was otherwise well prepared for an election, a March dissolution need not bother its loyalists. It is not impossible for an otherwise strong party to combine a leadership contest with an election: that is how Ed Schreyer became premier of Manitoba in 1969. But the vacant Wildrose leadership has not yet attracted any commitments, or even much in the way of musing or trial-ballooning, from possible contenders. So far only the much-loathed Conservative MP Rob Anders, doomed to depart the House of Commons after losing two federal nomination contests, has so much as expressed interest.

Worse yet, candidates already nominated by Wildrose are throwing in the towel. Edmonton political blogger Dave Cournoyer keeps an up-to-the-minute list of Alberta election nominees. His nose count of Wildrose hopefuls peaked at 28 before the Smith-led mass defection, but now stands at 16. Nominee after nominee has withdrawn, with some leaving Facebook apologies—mostly cryptic, brusque ones—in their wake.

The most lucid explanation so far has been given by lawyer Gordon Hatch, who dropped out of the race in Wetaskiwin-Camrose. “I joined the Wildrose Party . . . because of Danielle Smith,” he attested on Facebook, adding “for me, Danielle Smith was the Wildrose party.” Hatch’s socially liberal views are a match for hers, and he agreed that social conservatives in the party were undermining her leadership—but when she walked out, he felt that Wildrosers opposed to Smith should have another shot at the local nomination, as a matter of fairness. In the meantime, he adds, “I have been impressed by the leadership of Jim Prentice over his short tenure as premier.” 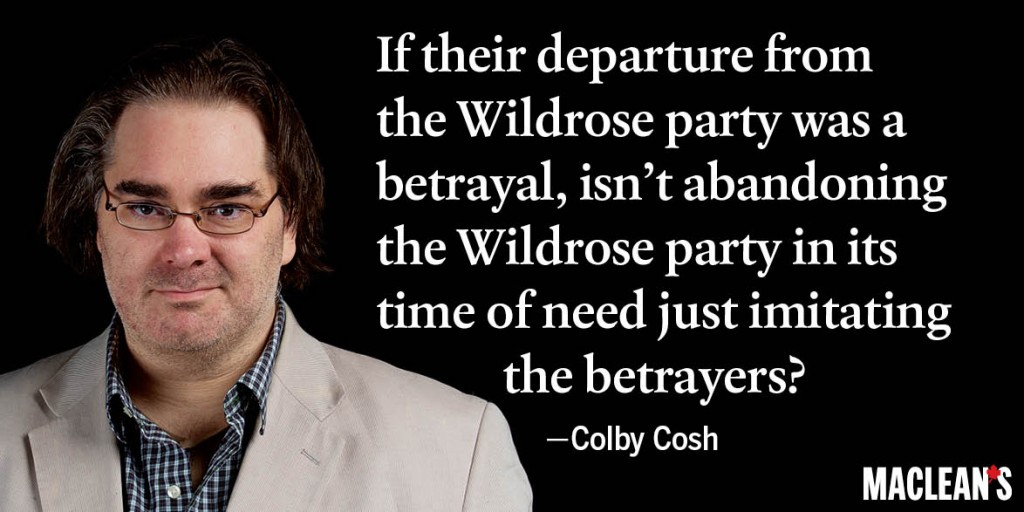 Wildrose faces an identity crisis that will not be easy to resolve. Before Smith appeared, it was an unsuccessful right-wing protest party, a home for increasingly marginal social conservatives. Its survival as something more depends on the emergence of a strong leader who can pick up the time-for-a-change narrative that Smith and her team of advisers—now dispersed to the four winds—took so much trouble to build.

It doesn’t seem terribly likely. But Prentice faces some challenges if he proceeds to an early dissolution of the assembly. The price of oil and its effects on the budget are an obvious problem. He also told editorial boards during his campaign for the PC leadership that he would stick to the 2016 election date. Whether or not it is a good thing in itself for a new premier to go to the country at the earliest possible moment, the appearance of sharp dealing will not sit well with those newspapermen. He can argue that circumstances have changed—indeed, he will have to. But the Wildrose disarray only adds to the impression of opportunism.