Election Image of the Day: Voters queued up for hours on an election day that will go down as one of the messiest in the country's history 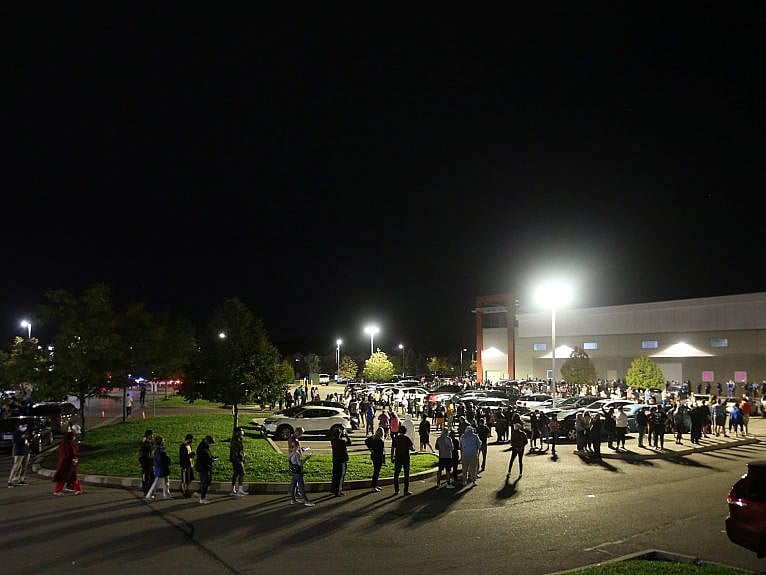 Thousands line up to vote in King City, Ont., waiting for almost two hours, which would take them long past the time the polls were due to close at the Trio Sportsplex and Event Centre. (Steve Russell/Toronto Star/Getty Images)

As the clock struck midnight in the Eastern time zone, and every broadcaster called this election for the Liberals; after tired pundits decried the value of an election that produced a remarkably similar outcome to what existed before; after media outlets breathlessly updated live results and declared winners in specific ridings across the country—after all that, hundreds and perhaps thousands of voters stood in surreal lineups across the country, all-too-politely waiting to cast a vote in an election that had already been called. Had these poor souls checked Twitter, they would have been bombarded by contradictory messages, on one had encouraging them to stay in line, on the other telling them that the election was done and had proven pointless. Canadians have long looked down upon America’s clunky, confusing electoral college, and its disparate voting infrastructure. This time, with a pandemic precluding Elections Canada from hosting polling locations in all their usual spots, and with physical distancing expanding the length of lines tenfold, we are the embarrassing ones. This election was, without question, terribly flawed. There were not enough mail-in ballots cast. There was not adequate preparation, funding or communication. Data showed a 20 per cent uptick in advance ballots, up to 5.8 million early votes—nice to hear, sure, but even that was not enough. The result was huge crowds still languishing in lines up to four hours long, waiting to cast a ballot that Canadians like to say matter a great deal, is a fundamental right, yadda yadda. That may well be true. But it’s a hard sell when the people telling you to stay in line are sitting comfortably on a couch, watching the results on TV.