Three ways the federal budget will affect the lives of Canadians'

The budget addressed employment insurance, daycare and affordable housing and jobs for your children. 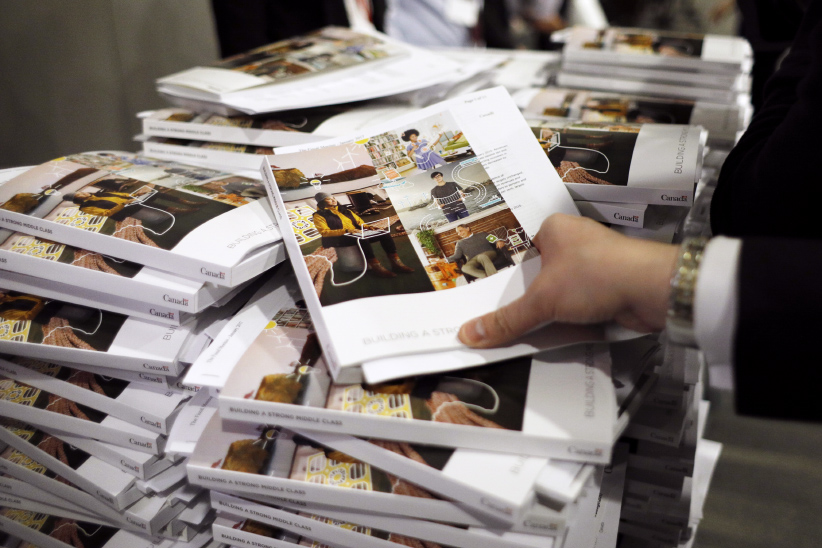 Whether or not you think the 278-page emperor has no clothes, Budget 2017 is notable for its sprinkling of federal money across dozens and dozens of small initiatives. And it actually singles out “sprinkling” as a nefarious tax practice that involves individuals setting up private corporations to spread out their income among family members in order to bring down their personal tax rates.

The Conservatives spent much of their public time this week countering with a completely alternative narrative, focusing their fire on the Liberals’ proposed changes to how the House of Commons should work. An end to Friday sittings, the Tories say, would make the government less accountable.

Amidst the sprinkling, the filibustering and the lobbying that filled the air on Parliament Hill this week, the budget did contain concrete measures that affect our livelihoods.

The government plans a bunch of modifications to the way the employment insurance system works, in the hope of giving people who are out of work much better access to benefits and programs.

Unemployed Canadians will have opportunities to seek training without fear of losing their EI.

Also, for new parents, the budget proposes giving them the flexibility to spread 12 months worth of benefits over 18 months if they choose. Pregnant women would be able to start receiving EI 12 weeks before their due date.

And the budget creates a new care-giving benefit to help families deal better with ill or injured members.

The government is carving out a couple of chunks of its massive infrastructure funding and setting them aside for the country’s child care system and more affordable housing.

The budget dedicates $7 billion over 10 years to child care and learning. It forecasts 40,000 new subsidized child care spaces within three years. But first, it has to negotiate deals with the provinces in order to make the money work.

The goal is to make it easier for parents to return to work, keeping the labour force flush with qualified workers.

On the housing front, the budget sets aside $11.2 billion of the infrastructure pot to add to and repair the stock of affordable housing — a major foray into an area of social policy where the federal government has been a minor player for the past couple of decades.

The affordable housing initiative will be the backbone of the government’s long-awaited national housing strategy to alleviate poverty.

But neither the housing money nor the daycare money will really start flowing until the 2018-19 fiscal year.

Plus, the budget does almost nothing to address the housing bubble problems that are spooking homebuyers in Toronto and Vancouver. The government will spend $241 million over 11 years to collect data and improve its ability to understand the dynamics of the real estate market. But the big federal moves directly targeting the housing bubble were rolled out last year, and Budget 2017 does not go any further.

Jobs for your children

The budget makes a point of recognizing the angst about the future labour market that runs thick through so many families.

In the face of fears that robots will take all the good jobs and young people will be left flipping burgers, the budget sets out some ideas to develop skills and stir companies out of their complacency so that they’re ready to take on a fast-moving, high-tech global economy.

For companies, there is a replenishment of venture-capital funding and new investment in fostering the artificial intelligence industry.

The budget’s big idea on this front is to pick six sectors — digital, clean technology, agri-food, advanced manufacturing, bio-sciences, resources — and develop ways for the government to help them become more dynamic and competitive. How will that work? Wait and see.