Today in demonstrating contempt for Parliament

Questions about Canada's mission in Iraq, responses about something else entirely 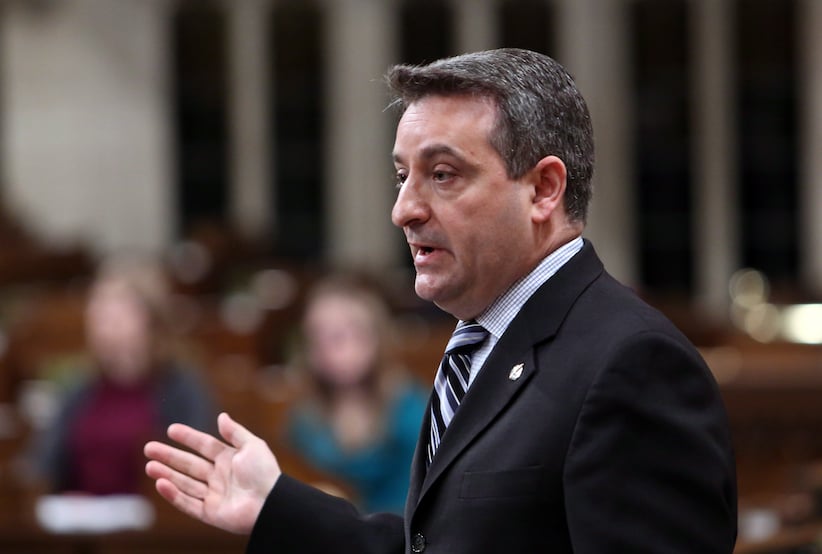 Just after 2:15 p.m. this afternoon, NDP Leader Thomas Mulcair, leader of Her Majesty’s official Opposition, democratically elected member of Parliament for the riding of Outremont, stood in the House of Commons and spoke aloud a fairly straightforward question he thought the government should be responsible for answering. This being within the 45 minutes reserved each day for question period, Mulcair was well within both his rights and responsibilities to do so.

“Mr. Speaker, the Prime Minister has failed to answer clear questions about his ill-defined military deployment in Iraq,” Mulcair said by way of preamble. “Yesterday, Conservatives refused, once again, to answer in this House, but the member for Selkirk-Interlake stated on CPAC that the mission will end on Oct. 4. Will the Conservative government confirm that the 30-day Canadian commitment in Iraq will indeed end on Oct. 4?”

Even the most devoted Conservative partisan would likely have a hard time arguing against the relevance of this question. Even if some argument could be mounted for not answering that question—”operational security,” or some such—we might all agree that standing and stating that argument would be the least we might expect from our democratically appointed government.

This was already not ideal.

In the case of Calandra, it would quickly become apparent that he either had nothing useful to offer on the topic or was not so empowered.

“Mr. Speaker,” the parliamentary secretary said in response, “there is a great deal of confusion with respect to the NDP position on Israel.”

For all the theoretical intents and purposes of this particular moment in the daily democratic life of our country, he might as well have stood and told the Speaker of his grocery list or read aloud from the collected works of Edgar Allan Poe. He might’ve stood and made farting noises with his left hand and his right armpit. Indeed, that might’ve at least entertained the kids watching at home.

Instead, he went on about what some employee of the NDP had written about Israel, apparently in a post on Facebook.

You might not think this to be a matter of such importance that it need be raised at the first opportunity in question period, but then, obviously, you would be one of those people who does not understand how politics works.

“Mr. Speaker, I can understand the confusion. We are in the Middle East and we are under the “i”s, but we are talking about Iraq,” he quipped. “It took over a week for the Prime Minister to answer a simple question about the number of troops involved in the Iraqi deployment. It now appears that Canadian soldiers may require visas approved by the Iraqi government. Since this military deployment is still ongoing and since it is set to conclude in 12 days, precisely how many Canadian soldiers are on the ground in Iraq today?”

In response, Calandra bravely attempted to convince everyone that what he had to say in response was in some way relevant to the question asked.

“Mr. Speaker, what does the leader of the Opposition not understand?” the parliamentary secretary asked rhetorically. “Our friends in Israel on the front lines, combatting terrorism.”

Here, Calandra was in fact daring to revolutionize the very notion of relevancy.

A question asked about this country’s military mission in response to an international terrorist threat is applicable to Israel, because Israel has also to deal with terrorist threats. If we allow ourselves—if we dare to be so bold—to expand our minds, as Calandra would have us do here, we might see whole new ways that so much of what we do and say is connected.

Mr. Speaker, the member asks about shortcomings in our agriculture policy. But what of the people in Ukraine, many of whom also enjoy eating vegetables? Thankfully, this government is standing beside Ukraine in its time of need.

Mr. Speaker, the member asks about the funding of our health care system. You know who requires a healthy lifestyle to survive and thrive in this world? Small business owners, whose taxes we have just cut.

Mr. Speaker, the Opposition asks about the census, but how can they trifle in such details when the spectre of climate change means there might eventually be very few people to count?

After Calandra’s second go at something completely different, Mulcair appealed to the Speaker to impose some degree of relevancy on the parliamentary secretary. Then the NDP leader put in a new query.

“When asked at the foreign affairs committee just a couple of weeks ago, the minister said that a Forces agreement with Iraq outlining operating rules for Canadian Forces had not yet been completed,” Mulcair explained. “Has that agreement now been completed? If so, when can Canadians see it?”

Once more, the parliamentary secretary insisted on discussing what he’d read on Facebook.

In his seat, Mulcair gestured to the Speaker and seemed to be pleading, “Come on!” for sanity. When Calandra had finished, Mulcair stood and took direct aim at Speaker Andrew Scheer. “Mr. Speaker, well, that does not speak very favourably about your neutrality in this House,” he sighed. The Conservatives howled with indignation and the Speaker deprived Mulcair of his next two questions, moving directly to Liberal Leader Justin Trudeau instead.

There is perhaps something to be said for not thinking of the Speaker as beyond reproach. He is not quite the Pope. But the NDP leader might’ve mounted an actual argument here, rather than passively-aggressively questioning Scheer’s fitness for the job. To question the Speaker is a serious charge that raises serious questions about what should be considered a serious institution.

We have been over this question of the Speaker’s precise powers in this regard before. It is provided for in the standing orders that a Speaker can cut short the remarks of a member “who persists in irrelevance, or repetition,” but that is apparently only applicable to debate. The Speaker can rule out of order any question that does not relate to the administrative responsibility of government, but that standard apparently does not apply to responses. Last January, Scheer pleaded that there was not much he could do about responses, barring a formal request to do so: “For me to deviate from this long-standing practice would require an invitation from the House, probably stemming from a review of our rules by the Standing Committee on Procedure and House Affairs.”

We might debate that (I am tempted to, though the Speaker has the benefit of far more research). We might pull out the journals and haggle over the precise solution here. We might at least wonder why, if their invitation is required, MPs do not just adopt some kind of rule on responses tomorrow (though anything that puts the power of subjectivity in the Speaker’s hands will be tricky).

But then, why would we spend much time right now demanding that Andrew Scheer be held accountable for what Paul Calandra did?

We might concede here that some amount of evasion has forever been a feature of our official discourse. Artful dodgery is something of a thing, Herb Gray being something like the patron saint of such stuff. But then, we might also acknowledge that even our cynically expanded ability to tolerate this stuff has some limit, that not every dance around a question is equally forgivable.

We might, for instance, insist on expecting that, if the government of the day commits the men and women of our military to a conflict, that that government should grace us with straightforward explanations for that commitment. That if our democratically elected representatives stand in the House of Commons and ask specific questions about that commitment, that those questions—questions ultimately asked on our behalf—deserve answers, not merely responses.

This is not quite rocket science. These are merely the hopey-changey principles on which we aim to govern ourselves.

We might shrug and dismiss the silliness that sometimes ensues. But at some point, the silliness itself threatens to become the dominant force. And so we should be mindful of just how silly things have become. At what point does that silliness become a serious problem?

Feel free to answer that question with some rant against what some previously unheard-of associate of mine once tweeted. In fact, feel free to answer all questions that way from now on. If we all commit to that, we should have society ruined by Thursday.