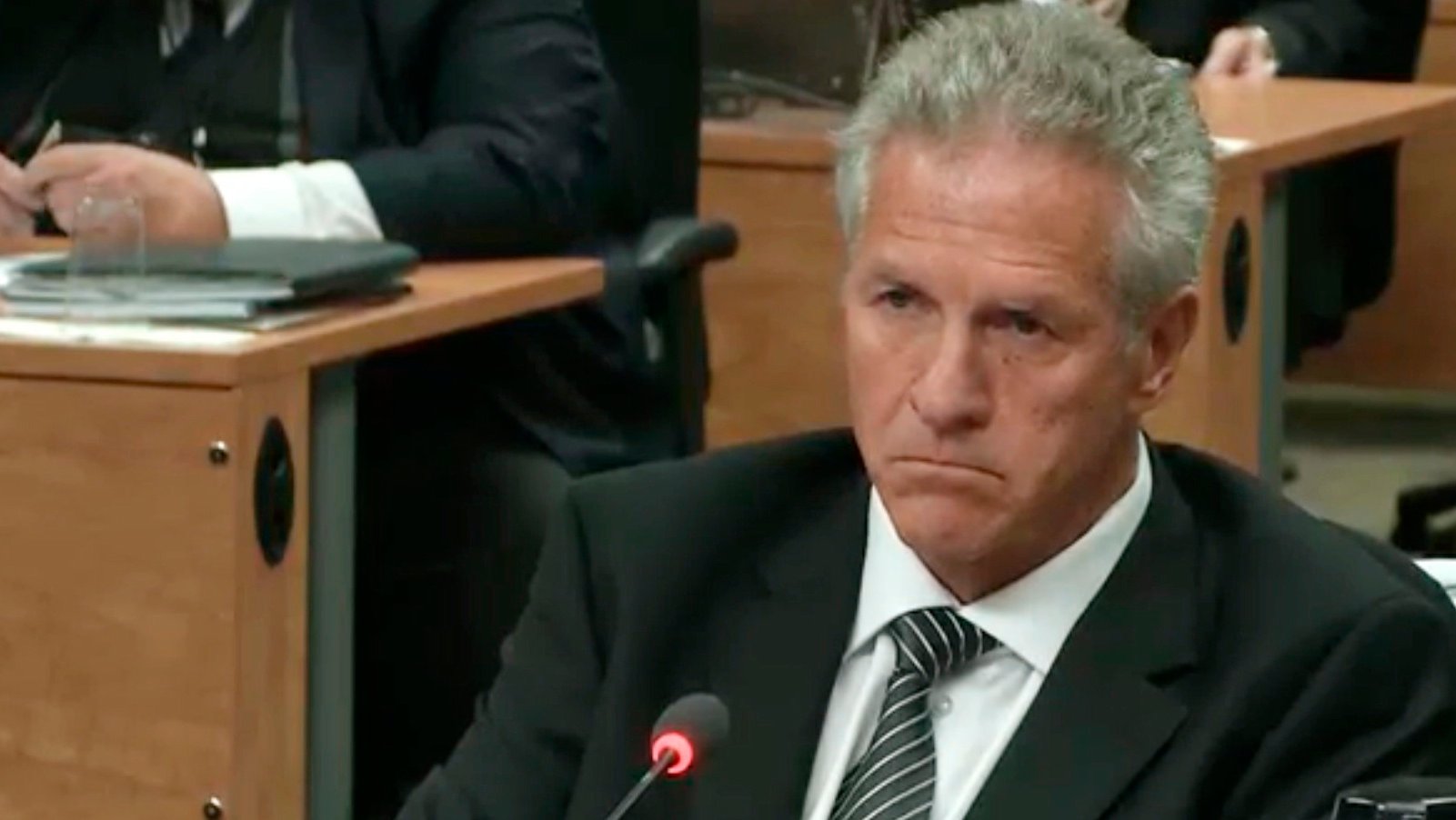 Construction magnate Tony Accurso is seen on an image taken off a television monitor at the Charbonneau inquiry looking into corruption in the Quebec construction industry Wednesday, September 3, 2014 in Montreal. THE CANADIAN PRESS/Paul Chiasson

MONTREAL — An ex-construction mogul dropped a bombshell at Quebec’s corruption probe Friday, saying he gave $250,000 to help Montreal’s former top cop because he was in debt after losing a mayoral election.

Duchesneau campaigned unsuccessfully against Pierre Bourque for the job of Montreal mayor in 1998 after four years as the city’s police chief.

He went on to become head of an anti-collusion unit within the Transport Department in 2011 before being elected for the Coalition for Quebec’s Future in the provincial election a year later.

Accurso testified at the Charbonneau Commission that he was approached by a man named Richard who was part of Duchesneau’s entourage and who set up a meeting between the two.

He said Duchesneau told him even his house was mortgaged because of his financial difficulties after the municipal election defeat.

“It’s Mr. Duchesneau who asked for me,” Accurso said. “He said, ‘listen, if you help me, I’ll get back on my feet somewhere and I’ll remember.”‘

The ex-construction kingpin said he then handed over a cheque for $250,000 but that it was made out to the name of Richard’s company.

Accurso did not remember the man’s family name or the name of the company, but added that his comments could be verified by researching the mortgage on Duchesneau’s home.

Accurso also accused Duchesneau of playing dirty when he appeared at the inquiry a few years ago.

“When I saw him sitting in this chair and he clearly told you that three (cabinet) ministers had spent time on my yacht…I nearly took it out on the TV.

“I really wasn’t happy because it was all lies, pure and simple.”

Commission chair France Charbonneau asked Accurso if he was seeking revenge with his comments but he responded that he wasn’t lying.

In an interview Friday on Montreal radio station 98.5 FM, a furious Duchesneau said Accurso never gave him any money.

He said the allegation is “false, totally false and he knows it.”

Duchesneau added that the alleged $250,000 was double his election debt and he noted he was totally cleared after a three-month investigation by Quebec’s director-general of elections.

He said Accurso was simply seeking revenge because it was a report that he, Duchesneau, signed as head of the anti-collusion unit that led to the creation of the Charbonneau Commission.

“He (Accurso) is attacking the person whose devastating report resulted in the fact his empire today now is reeling and led to the cost of construction costs dropping by 25 to 30 per cent.

“That’s why he’s coming out with such stupidities.

“If I even had two cents worth of judgment, do you think I would have accepted such a mandate (as anti-collusion head) if I had accepted $250,000 from Tony Accurso.”

He said he had already left municipal politics at the time and that the debt was paid.

Duchesneau added that if Accurso is someone who hands out $250,000 to people without getting anything back: “he’s either an imbecile or a liar.”

Duchesneau did not run in last April’s election.