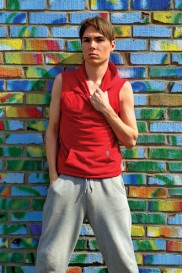 Not that he cares what you think, but most sports fans chuckled at the news: the former general manager of the Toronto Maple Leafs (and now president of hockey operations for the Calgary Flames) filed a defamation suit in British Columbia against a group of anonymous online commenters—including “Poonerman,” “Slobberface” and “Sir Psycho Sexy”—who spread false rumours about his personal life. Well, Burke is the one laughing now. In September, he won a default judgment against five of those defendants (“NoFixed Address,” “CamBarkerfan,” “Lavy 16,” “Tulowd” and “Naggah”) and in 2014, his lawyers hope to unmask their real identities—and collect Burke’s still-to-be-determined damages.

One was a failed Palestinian refugee claimant who managed to avoid deportation from Canada. The other was an engineering Ph. D. student at a Quebec university. Together, Raed Jaser and Chiheb Esseghaier are charged with participating in a sinister plot to derail Via passenger trains—a murderous plan, police say, that included “direction and guidance” from al-Qaeda elements in Iran. The pair’s pretrial, covered by a publication ban, is expected to continue through January. 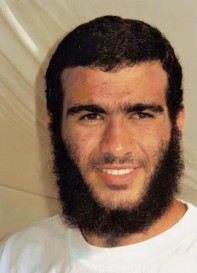 Two years after Richard Oland’s body was discovered in his Saint John, N.B., office—reportedly bludgeoned with an axe—Dennis, Richard’s son, was charged with his grisly murder. A prominent New Brunswick businessman (his family founded Moosehead Breweries Ltd.), Richard was 69 when he was killed. The key clue, police say, was a bloodstain on one of Dennis’s jackets, which turned out to match his dad’s genetic profile. Now 45, Dennis is free on bail while awaiting trial. He is due back in court Jan. 21.

The mere mention of his name triggers intense (and often irrational) debate among his fellow Canadians. And that was before the latest headlines about financial compensation. More than a decade after he was shot and captured by U.S. troops in Afghanistan, the then-teenage al-Qaeda fighter is now demanding at least $20 million in damages—not from the Americans, but from Ottawa. The latest version of his lawsuit accuses the feds of “conspiring” with Washington to keep him locked away at Guantánamo Bay.