Tories in Nfld hopeful despite predictions of Liberal win 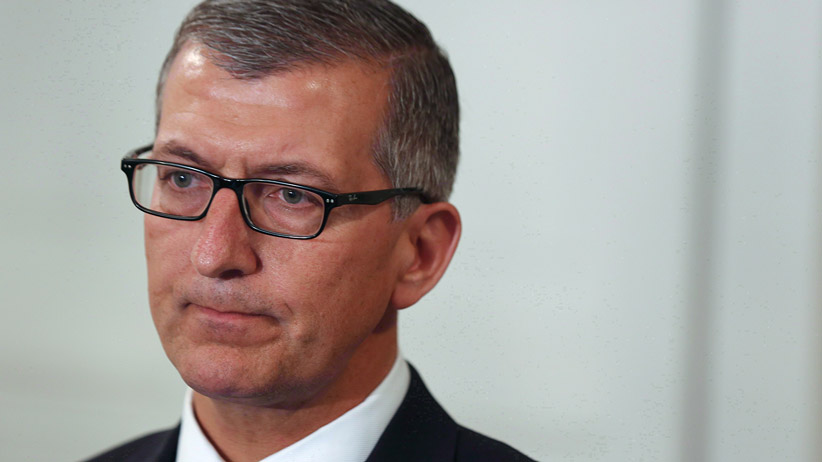 He may face dire predictions of a lopsided Liberal victory, but few can accuse the leader of the ruling Progressive Conservatives of lacking optimism as the provincial election campaign in Newfoundland and Labrador enters its final week.

“We’re picking up traction. I remember Rachel Notley. I remember Christy Clark,” said Paul Davis on Thursday, when asked about an Abacus poll conducted the previous week suggesting a Liberal lead in his own district of Topsail-Paradise.

As his bus rolled through Corner Brook, the former police officer dismissed the polls and recalled the unexpected provincial victories of the underdog New Democrats in Alberta and the resurgence of the Liberals in British Columbia.

Still, a steady stream of embarrassing news seemed to be hindering Davis’s hopes of grabbing onto a similar rebound.

By Friday, one of the party’s St. John’s candidates had dropped out after suggesting on social media some people can cure themselves of cancer through self awareness.

And Davis – who took over the leader’s job just 13 months ago – was still looking for a full slate of candidates until announcing late Friday the party had found its final six people to run, just 10 days before the Nov. 30 vote.

Political scientists say after more than 12 years of Tory rule, Davis’s efforts to reverse the mood for change in the East Coast province is simply too daunting.

“The Liberals will win the election, they may sweep every seat,” says Russell Williams, who teaches politics at Memorial University in St. John’s.

However, the political observer adds that Liberal leader Dwight Ball’s lack of clarity over how he’d address the province’s troubled economy may cause some voters to reconsider in the last week.

“They (the Liberals) have not sought a clear mandate to do much of anything differently than the previous government, other than to cut taxes, and cutting taxes is the one thing the province shouldn’t do,” he said.

The Conference Board of Canada released a report last week saying depressed oil prices are leading the province into a string of deficits and existing austerity measures won’t reverse the trend.

Williams said he has questions about how the Liberals can afford to keep a promise to eliminate the sales tax hike the Tories brought in.

“They have suggested that it can be accomplished by growing the economy through diversification,” he said in an email. “Having reviewed their lengthy statements on that, all I can say is I have no idea what tangible proposals they are making.”

Davis said he plans to hammer home this point in the final CBC debate on Monday night.

He’ll also be at a debate on the province’s largest radio station VOCM earlier in the afternoon, even though Ball says he’s skipping the event.

Davis says he’ll be touting the empty chair as an example of “taking the people of Newfoundland and Labrador for granted.”

The NDP is also pushing to have a more serious response to the financial problems during the campaign.

Leader Earle McCurdy, who is trying to gain a seat, has urged Newfoundlanders and Labradorians to consider the negative side of decimated opposition parties.

“We’ve had experience with that and what it produces is arrogance and bad government. … We need a strong and active opposition to keep the government on their toes and ensure that there is full-fledged debate on important policy issues,” he said in an interview.

This election is being fought on a new electoral map that cut the number of seats in the legislature from 48 to 40 in an effort to cut costs.

At dissolution, the Tories had 28 seats in the legislature, the Liberals 16, and the New Democrats three. One seat was vacant.