Tories under pressure as MP tests positive for COVID-19

Politics Insider for Nov. 22, 2021: A CPC MP tests positive for COVID; the Liberals look for deals; and Garneau sticks around 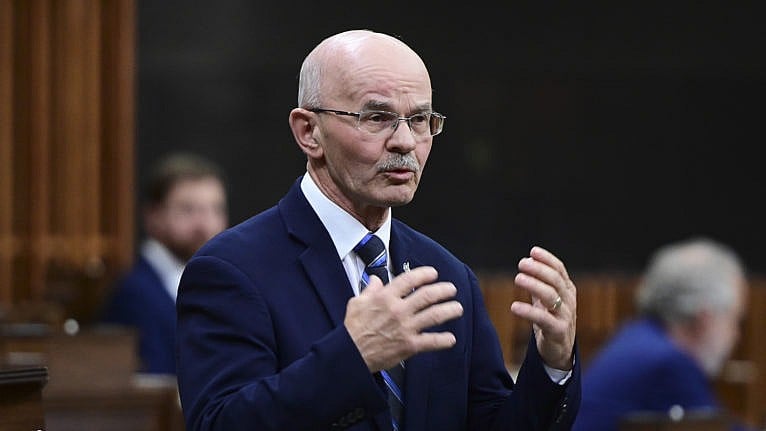 The Liberals are threatening a showdown today as Parliament sits for the first time since the election amid uncertainty about the vaccine status of CPC MPs, Joan Bryden reports for CP. The issue is coming to a head because Beauce MP Richard Lehoux tested positive for COVID-19 after attending a caucus meeting with his colleagues, an unknown number of whom are not vaccinated. Government House Leader Mark Holland wants the House to verify medical exemptions issued to Tories, while Erin O’Toole is preparing to challenge a mandate on the Hill.

O’Toole has said his party intends to challenge a rule imposed by the board of internal economy, the all-party governing body of the House of Commons, requiring anyone entering the Commons precinct to be fully vaccinated. Given the Conservatives’ mixed views on vaccination, Holland suggested the party can’t be trusted to police its MPs who claim a medical exemption. “I’m deeply uncomfortable with their circumstance,” Holland said in an interview Sunday.

Wheeling, dealing: Holland told the Globe that he is seeking to cut deals with other parties to get the government’s agenda through the House.

One of the Liberals’ top legislative priorities is to obtain approval for an October government announcement that scaled back pandemic wage and rent supports for businesses while extending the duration of the benefits for the hardest hit companies. The government also announced at the time that it was ending the Canada Recovery Benefit pandemic-relief program … Holland told The Globe and Mail he’s continuing to talk with other parties to find agreement on how the new Parliament will function. Mr. Holland is seeking a long-term deal on practical issues, such as continuing to allow “hybrid” meetings, in which MPs can participate either in person or remotely via video link. He is also seeking to determine what parts of the government’s policy agenda other parties may support.

Affordability: MPs would be wise to focus their efforts on the rising cost of living, according to a new poll from Ipsos, which found concerns about rising prices outranks issues like the COVID-19 pandemic, health care and housing as Canadians’ top concern, Global reports.“They’re really focused on what’s going on in their own homes and what’s happening in their own lives, particularly relative to their own personal prosperity,” said Ipsos CEO Darrell Bricker.

Jean on the scene: The Globe‘s Kelly Cryderman reports that although Kenney was not confronted directly, not everyone is united behind him.

Despite the lack of open defiance, divisions in the UCP, and potential challenges to Mr. Kenney’s leadership, were still a key feature of the convention. In conversations on the sidelines, some members and MLAs maintained the Premier lacks introspection on issues of trust, and they criticized his leadership style, which they described as top-down. At least two potential leadership challengers roamed the convention halls at the in-person gathering at a casino hotel on Calgary’s western city limits.

Former Wildrose party leader Brian Jean, a consummate political rival to Mr. Kenney who lost the UCP leadership contest to him in 2017, is seeking the party’s nomination in Fort McMurray-Lac La Biche. He made no bones about his intention to some day seek the leadership of the party. “If the Premier takes this party forward into the next election, we’re going to lose. There’s going to be an overwhelming NDP majority,” he told reporters.

Garneau to stay on: Former astronaut, foreign affairs minister (and leadership rival to Justin Trudeau) Marc Garneau intends to serve out his term as MP, and not, as rumoured, become the ambassador to Paris, La Presse reports (translation).

According to information obtained by La Presse, Mr. Garneau was keen to set the record straight about his political future while Liberal strategists began to speculate on possible Liberal candidates who could run for votes in the constituency of Mr. Garneau, considered a Liberal stronghold, if the latter obtained a diplomatic appointment. The name of former President of the Liberal Party of Canada Anna Gainey was mentioned in particular.

Locked up reporters: The Canadian Association of Journalists is calling for the release of two journalists—Amber Bracken and Michael Toledano—who the Mounties arrested at a weekend B.C. pipeline protest, the Globe reports.

“They were doing their job,” said Brent Jolly, the president of the CAJ. “That’s the real coldness of this whole situation. People are there to serve the public – that’s what journalists do – to be the public’s eye and ears, and this is how they’re treated.”

Jabs for kids: The first batch of COVID-19 vaccines for children five to 11 landed in a Hamilton airport on Sunday, CP reports.

Health Canada announced Friday that it had approved a modified version of the Pfizer-BioNTech vaccine for use in that demographic, and Ottawa immediately promised some shots would be on Canadian soil 48 hours later.

Tests waived: CBC reports that B.C. border community residents will be allowed to cross the border to the U.S. and return without requiring a COVID-19 test or quarantining because of the floods, the feds said Sunday.

In the Globe, Robyn Urbank writes that Canadians should resist the temptation to go to ride roughshod over individual rights in the effort to get everyone vaccinated.