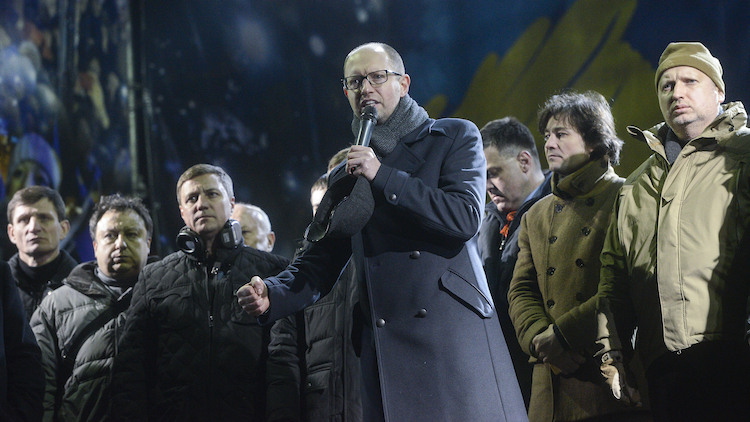 CHELSEA, Que. – Canada has reached a trade agreement with Ukraine that will eventually see a near elimination of duties on goods coming into Canada from Ukraine.

The two met privately in a windowless room at a government-owned house overlooking picturesque Meech Lake in Quebec’s Gatineau Park, about a 20 minute drive from Parliament Hill.

Once in force, the agreement would eliminate 99.9 per cent of tariffs on current imports from Ukraine into Canada, and 86 per cent of Ukrainian tariffs on Canadian products including all tariffs on industrial goods, forestry and wood products, fish and seafood products.

Canada’s trade with Ukraine was worth $244 million last year, down from $322 million the previous year and less than the $400 million in low-interest loans Canada has provided to Ukraine since a political crisis erupted there in 2013.

Canada has concluded free trade negotiations with 39 countries since 2006, most notably with the European Union — although details of the Canada-EU tentative deal have yet to be finalized nearly two years after it was announced.

Yatsenyuk next heads to Britain after his stop in Canada.

Related: How Canada’s embassy in Ukraine was used as a pawn in the 2014 uprising