Trouble on Air Trudeau, where the media is a real menace

Election Image of the Day: No one knows better than the Liberals that people in the news business are just scraping by 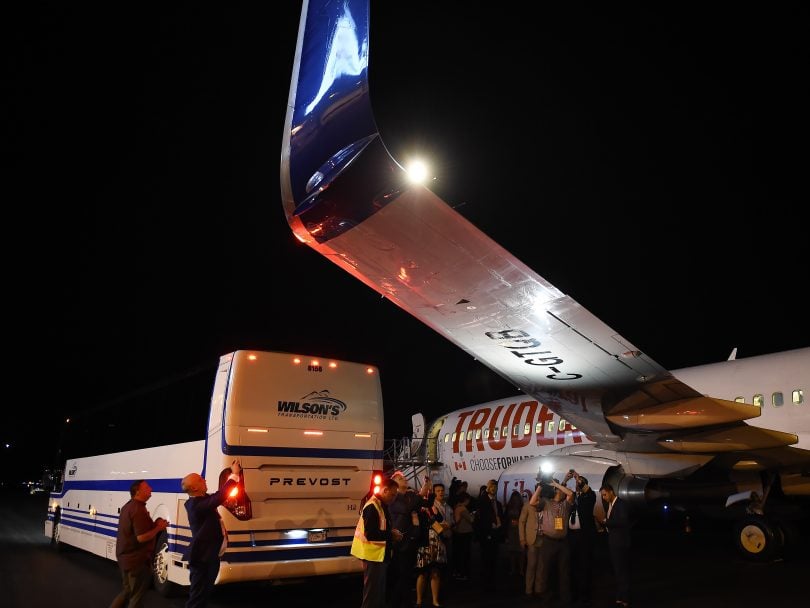 Members of the media inspect the wing from Liberal Leader Justin Trudeau's campaign plane after it was struck by the press bus. (Sean Kilpatrick/CP)

It’s a common complaint: Justin Trudeau’s too elitist. He doesn’t understand everyday Canadians. Needs to be more grounded. So here we are, Day Two of the federal election, and those critics got their wish: Trudeau was literally grounded, his campaign airplane damaged by his own party’s media bus in Victoria, B.C, mere hours after the writ dropped. In a Shakespearian metaphor where the Liberals prove their own worst enemy—after the SNC-Lavalin scandal and that embarrassing India trip and that recent flop appearance on Hasan Minhaj’s Netflix show—the Grits are now actually crashing into each other. His team quickly secured a backup plane, so Trudeau is back on schedule, but only after the Tory Twitterverse had its fun. One particularly good jab: “I assume the bus was swerving to avoid whoever Trudeau was throwing under it.”