Trudeau gets earful over tax reform at B.C. townhall 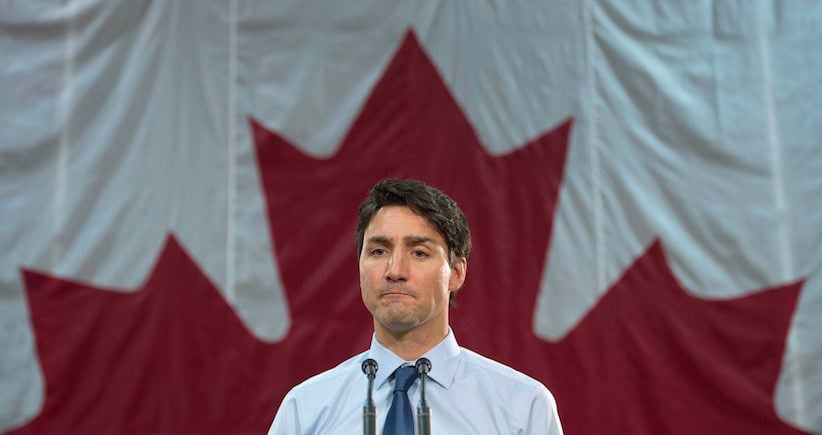 KELOWNA, B.C. – Justin Trudeau got a small taste of the kind of grief his backbenchers have been getting over the government’s plan to end what it calls unfair tax advantages for wealthy small business owners.

During a townhall meeting Wednesday night, the prime minister was lectured by two female doctors about the negative impact they contended the proposals will have on hard-working middle class Canadians.

Monica Penner told Trudeau that the tax plan will catch “thousands of really hard-working, honest, tax-paying Canadians” who have always believed that “hard work is the road to success.”

She questioned how he can explain to students why they should bother going into debt to get a university education when he’s proposing tax reforms that would “make sure everybody is the same in the end.”

Trudeau told Penner that the proposals are intended to eliminate tax provisions that “disproportionately advantage the wealthiest Canadians.”

“Let me be absolutely clear. There is nothing in these proposals that is targeting small, middle-class businesses,” he said.

“There are a number of people who are wealthy individuals who use private corporations as a way of opting out of big portions of the income tax system.

But Trudeau’s defence of the proposals did not forestall further complaints.

Anita Sanan, who said she went to school for 14 years and incurred a six-figure debt load to become a doctor, accused the government of creating “two classes of Canadians,” pitting employees against small business owners.

She argued that preferential tax treatment for professionals and small businesses that incorporate is meant to compensate for the fact that they don’t have access to pensions, vacation pay, Employment Insurance, sick leave, maternity leave and other benefits enjoyed by employees.

“Now, you’ve moved the goal posts in the middle of the game and expect me somehow to be able to plan for my retirement, plan for maternity leave, which I will not be able to afford at this time and am having to choose between having a family and being able to actually practice as a physician here in Kelowna.”

Trudeau said he’s “fairly certain” that “every single province in this country” has maternity leave for doctors. Sanan told him that’s incorrect while another audience member accused him of lying.

In fact, according to the B.C. Medical Association, Sanan would be eligible for up to 17 weeks of parental leave benefits.

Trudeau said the current tax system has already created two classes of Canadians, where those who can afford to “create private corporations as a way of helping with their tax planning already have access to things that employees and others do not.”

“That’s not entirely fair,” he said.

He was careful to emphasize that there’s nothing illegal about taking advantage of those tax measures.

“There is no suggestion that you haven’t been following the rules. There is a suggestion that perhaps the rules which benefit the wealthy deserve a little tweaking and that’s exactly what we’re doing.”

Trudeau also emphasized that the government is consulting on the proposed changes precisely so that it can hear people’s concerns and ensure that there are no unintended consequences.

Trudeau’s encounter with the doctors came after Liberal backbenchers, who’ve been inundated with complaints, aired their concerns about the proposed tax changes during a closed door caucus retreat earlier Wednesday.

Under the three-pronged plan, the government is proposing to restrict the ability of incorporated business owners to lower their tax rate by sprinkling income to family members in lower tax brackets, even if those family members do no work for the business.

It’s also proposing to limit the use of private corporations to make passive investments in things like stocks or real estate and to limit the ability to convert a corporation’s regular income into capital gains that are typically taxed at a lower rate.

Notwithstanding the doctors’ interventions, Trudeau received a largely warm reception at the townhall, attended by almost 2,500 people jammed into the gymnasium at UBC Okanagan’s campus.

He even won cheers for his explanation of why he reneged on his promise to reform Canada’s electoral system.

Trudeau said he would have preferred a ranked ballot system but the other parties held out for a referendum on some form of proportional representation – a system he said he couldn’t support because it could empower anti-immigration parties or other small fringe groups.

Whatever the shortcomings of the current first-past-the-post system, Trudeau said it forces a small number of political parties to represent a wide diversity of views rather than encouraging the proliferation of many small parties representing narrow views.

As a result, he said: “We do not have an anti-immigrant party in Canada … There’s no official party voice in the House of Commons that speaks up and thinks that racism is a way to get votes.”