From 2016 to March 2018, federal government agencies spent more than $24.4 million on Facebook and Instagram ads and videos 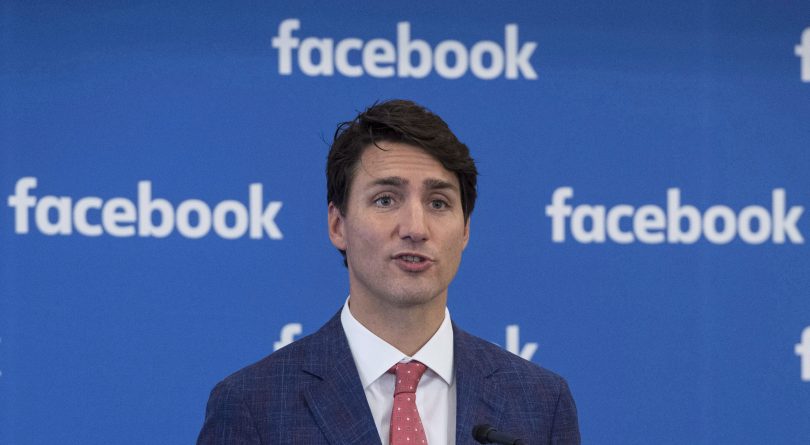 OTTAWA — The government of Canada has been increasing its use of paid Facebook advertisements over the last three years, spending tens of millions of dollars on boosted posts, videos and ad campaigns, new figures tabled in Parliament show.

From Jan. 1, 2016 to March 2018, federal government departments and agencies spent more than $24.4 million on Facebook and Instagram ads, promotions and sponsored posts and videos.

The data, tabled earlier this month in the House of Commons, includes a breakdown of spending by each government department and agency, showcasing a growing government reliance on Facebook for promoting events and publicizing key government messages and policy initiatives.

The biggest spender was Destination Canada, which expensed more than $9.2 million for promoting tourism in Canada to Facebook users during the designated time frame.

The Immigration Department, meanwhile, spent more than $2 million on campaigns, including some international ads promoting visa requirements and economic immigration streams. It also spent $47,497 domestically to provide information about the Syrian refugee program “in response to the outpouring of support and interest in how to get involved from Canadians,” the department stated.

The data tabled this month shows agencies that use Facebook for promotion have been increasing their spending on quizzes, campaigns and so-called boosted posts, saying they need to reach people where they are — and more than 20 million people in Canada are on social media.

“More and more Canadians are receiving their news and information via social networks. It is important to connect with Canadians on the channels they are using,” Environment Minister Catherine McKenna said in her written response tabled last week.

“With sponsored posts and social network advertising, even small funding amounts can have a significant impact. All of Environment and Climate Change Canada’s paid posts or promoted videos performed better and received more impressions than if it was only posted organically.”

But Bob Cox, chair of News Media Canada and publisher of the Winnipeg Free Press, said it doesn’t make sense for the government to be using taxpayer dollars to support foreign-owned digital companies like Facebook and Google.

“It drives me crazy no one questions this, and I don’t know why because there used to be a time when government would make an effort to use Canadian-owned media,” Cox said.

As a proponent of the print news media, Cox argues print publications in Canada have greater reach and trust levels among the public than social media companies, and that print advertisements are far more effective than fleeting online ads.

Government spending on foreign-owned advertising also hurts not only domestic media companies already suffering from dwindling subscribers and advertising revenues, but also the Canadian economy, which is out millions of dollars that are flowing across the border.

“The federal government is putting”It drives me crazy, no questions this, and I don’t know why because there used to be a time when government would make an effort to use Canadian-owned media,” Cox said. money into companies that are simply taking it out of the country and they’re not re-circulating it, they’re not paying taxes and they’re not contributing to the national economy… that’s the biggest loss from the decline in traditional media.”

Meanwhile, the growth in federal spending on Facebook comes at a time when the company has come under fire over the Cambridge Analytica data breach.

Canada’s ethics committee has been studying data privacy issues following the scandal that allegedly saw the personal information of some 87 million Facebook users — including more than 620,000 Canadians — improperly accessed for political-campaigning purposes ahead of U.K.’s Brexit vote and the 2016 U.S. presidential election.

The company faced tough questioning by governments here, in the U.S. and abroad about privacy concerns and the spread of “fake news.”

Company CEO Mark Zuckerberg apologized Tuesday during an appearance before the European Parliament in Brussels for how his company handled issues related to fake news, foreign interference in elections and the privacy of Facebook users.

ALSO READ: What the NDP’s ethics critic is not liking about Facebook’s role in Ottawa

Nura Jabagi, a public scholar at Concordia University specializing in business technology management, says the federal government is simply following suit with what’s happening in the private sector when it comes to jumping aboard the social media advertising train.

But the fear surrounding issues like the Cambridge Analytica breach does diminish public confidence in such websites, which is where traditional media may still have the upper hand.

“Trust is a key factor in communication,” Jabagi said.

“In the current climate … traditional media like newspapers are trusted and reputable sources for government audience.”