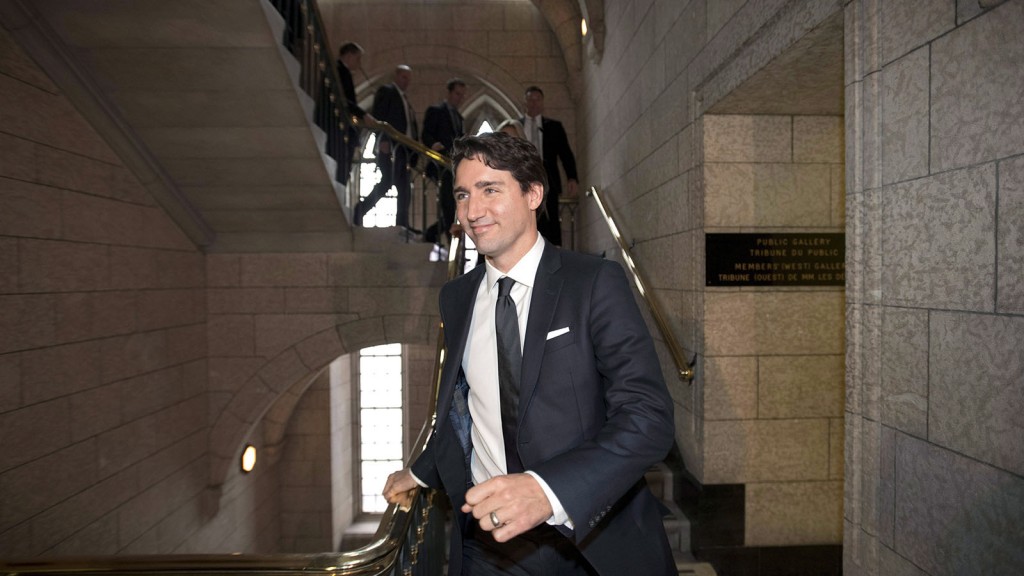 Prime Minister Justin Trudeau arrives for a meeting with his cabinet before the speech from the throne on Parliament Hill on Friday, Dec. 4, 2015 in Ottawa. Justin Tang/CP

OTTAWA – Justin Trudeau will mark his 100th day as prime minister today with a “massive” boost to a program that helps students get summer jobs.

The Canadian Press has learned that Trudeau is to announce a doubling of the Canada Summer Jobs program during a visit to the Dovercourt Boys and Girls Club in Toronto.

A senior government official indicated Trudeau will announce a “massive” boost to the program, aimed at creating an additional 35,000 jobs.

Under the program, the government subsidizes summer wages paid to young people between the ages of 15 and 30, who were full-time students during the past academic year and intend to return to school full-time in the coming academic year.

The program is aimed at providing much-needed work experience for students while supporting small businesses and organizations that provide important community services.

Canada Summer Jobs is one of three programs that falls under the umbrella of the federal Youth Employment Strategy.

During last year’s election campaign, Trudeau promised to pump an additional $300 million into the strategy over three years, creating 40,000 youth jobs. After that initial boost, he vowed to boost the youth employment strategy’s budget to $385 million annually, a $50 million hike over the current outlay.

The Liberal platform opined that young Canadians were finding it harder to find good-quality job opportunities after 10 years of Conservative rule, leaving young people discouraged and their parents often struggling to support their grown children.

“It is time to invest in young Canadians,” the platform asserted. “To help them get the work experience they will need to start their careers and contribute fully to our economy.”

Trudeau underscored the importance he places on job creation for young Canadians when he crafted his first cabinet in November, reserving the youth portfolio for himself.

The Liberals’ come-from-behind victory in the Oct. 19 election has been attributed in large part to Trudeau’s ability to engage Canadians who don’t traditionally vote, including youth and indigenous people. Some 3 million new voters cast ballots, propelling voter turnout to 68 per cent, its highest level in more than 20 years.