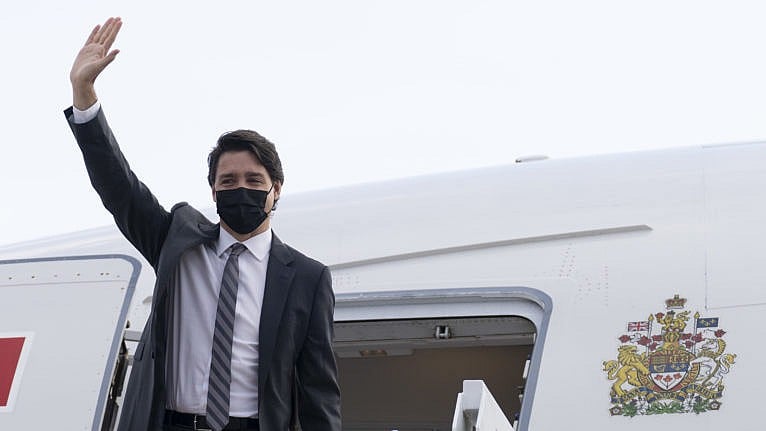 ¡Buenos días! It’s the moment we’ve all been waiting for. Today, Prime Minister Justin Trudeau meets with American President Joe Biden and Mexican President Andrés Manuel López Obrador at the Three Amigos Summit in Washington, D.C. After the requisite small talk (and light cajoling over sports, surely) is out of the way, there are big policy questions on the agenda.

…But, who are we kidding. We are mainly watching out for an awkward family photo.

Last-minute warning: Trudeau spent Wednesday on Capitol Hill and raised concerns with Democrats on an electric vehicle tax credit that’s included in a massive bill they’re trying to push through the House of Representatives “any day now,” reports Alexander Panetta for CBC. (It’s a file on which Ontario has been missing in action, while its trade rep post in D.C. sits empty.)

The PM warned lawmakers about a potential “real negative impact” to American trading partners, since the tax credit would eventually apply only to U.S.-manufactured vehicles, Panetta reports: “The prime minister argued that the tax credit plan flies in the face of decades of continental integration of the auto sector, from the signing of the 1965 Auto Pact to the new North American trade deal.”

By the way, quick international trips like the PM’s (lasting less than 72 hours) will no longer require Canadians to produce a negative COVID-19 test upon return, the government is expected to announce Friday (hat tip to CBC). Cue a chorus of colourful commentary on the arbitrariness of the three-day rule.

Look over there! With everyone atitter about how weak Erin O’Toole looked or didn’t look at his caucus meeting after the ouster of Senator Denise Batters and her choice words Wednesday morning, his party decided to blast political inboxes on a wide variety of other topics. There was, naturally, a plea that the PM stand up for Canadian interests at the Three Amigos Summit. (It’s a good thing they suggested this; there’s just so much to say about the sports.) There was also a screed on inflation, a statement on the ongoing disaster in B.C. and a demand that Liberals scrap Bill C-10. It’s a bird! It’s a plane! It’s a distraction from Conservative existentialism!

…Meanwhile: Amid the flurry of missives came a different sort of press release. Presumably in response to a plethora of media requests, the office of Senate Conservative leader Don Plett sent a one-liner to all Hill journos in the middle of Wednesday afternoon asking them to “please note” a tweet Plett had posted the night before. (The tweet acknowledged O’Toole’s decision to kick Batters out of caucus, and affirmed Plett’s support of the leader.) … And over at Global News, Alex Boutilier has the scooplet that Canada Proud’s Jeff Ballingall is back in action as an “election readiness” adviser to O’Toole.

Child care is for everybody: So argues our Shannon Proudfoot in a fresh clapback to the commentariat as it chews on a newly-inked Alberta-Canada child care deal. (Ontario, the biggest holdout, is still working on it.)

“It is bizarre and immensely counter-productive that even in conversations intended to be progressive, childcare is often presented in an offhanded way as a boutique women’s issue,” she writes. “You know, a little something for the ladies, in case they want to sell Tupperware to earn pin money while Junior is at his playgroup. This messaging only reinforces the idea that children are the natural domain and default responsibility of their mothers—which is presumably not what the architects of this national childcare plan are after.”

And so is the carbon tax? Manitoba’s new premier, Heather Stefanson, is dropping the province’s court fight against the federal carbon tax and getting ready to negotiate. Reports CP: she’s looking for “a more collaborative approach” with Ottawa… that is, if she gets to keep her job.