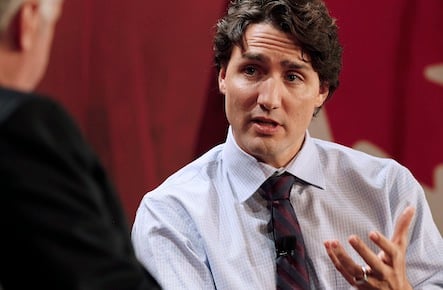 Justin Trudeau, the prohibitive favourite to win the leadership of the federal Liberal party next month, says the new federal budget’s plan for training sets the stage for a friction between the Conservative government and the provinces over job training.

A centrepiece of Finance Minister Jim Flaherty’s budget is a plan he says will “transform” the way Canadians are trained, by establishing a new “Canada Jobs Grant.” Under the plan, Ottawa would provide up to $5,000 for an employee being trained on the job, as long as the employer and the province each put up an equal amount.

But the jobs grant plan calls for the renegotiation of existing Labour Market Agreements with the provinces in 2014. Flaherty said $200 million a year would still be earmarked for programs the provinces run on their own, like job counselling and job-hunting services, but $300 million would flow to the new grants.

Trudeau told reporters in the foyer of the House that he expects provinces to rankle against Ottawa taking a more active role in training—especially since Harper hasn’t met formally with the premiers since the fall of 2008.

“We have a government that over the past number of years has completely removed itself from any sort of productive relationship with all provincial premiers,” he said.

In fact, Harper’s disinclination to hold First Ministers’ meetings is only part of the story of often chilly relations between his government and the provinces. For example, Flaherty stunned provincial finance ministers at a meeting in Victoria in late 2011 by delivering major changes to health transfers without inviting any negotiations on the matter.

Given that history, Trudeau suggested the Conservative government will find the provinces suspicious of  the new training scheme. “We have a situation where they are hinging an awful lot on a capacity to do something they haven’t been very good at over the past years of their mandate, which is figure out to work with the provinces to the benefit of all Canadians.”