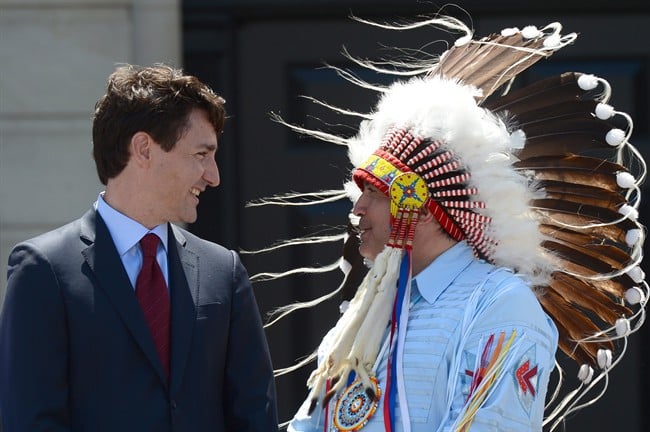 OTTAWA – The federal government is renaming the Langevin Block building, which sits across from Parliament Hill, out of respect for Indigenous Peoples.

Prime Minister Justin Trudeau says keeping the name of Sir Hector-Louis Langevin – someone associated with the residential school system – on the building that houses Prime Minister’s Office clashes with the government’s vision.

Instead, the building will be called the Office of the Prime Minister and Privy Council.

Trudeau also announced today that a new space for Indigenous Peoples will be established nearby at 100 Wellington Street, the site of the former U.S. Embassy.

Trudeau says the prominent location, directly facing Parliament Hill, symbolizes a turning point in Canada’s relationship with Indigenous Peoples through a concrete marker in the heart of the nation’s capital.