Election Image of the Day: The Liberal leader is stuck on the same jacket he wore in 2015. It might look a bit hokey—but hey, he still won Barack Obama's endorsement 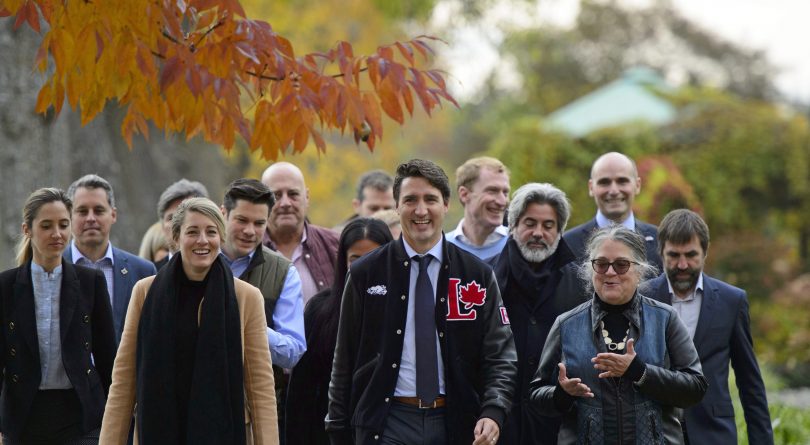 Liberal leader Justin Trudeau walks with Liberal candidates during a campaign stop at the Botanical Garden in Montreal on Wednesday Oct. 16, 2019. (Sean Kilpatrick/CP)

When someone spends their adult years wearing a varsity letterman jacket, it’s tempting to suspect they peaked in school. But that hardly describes Justin Trudeau, who has a semi-respectable job and just got an endorsement from his former U.S. counterpart, Barack Obama. And yet he can’t quit this jacket with a red “L” and a maple leaf on the front and a Canadian flag on the sleeve. (If this picture were from the other side, we’d see the big “Canada” sign on the back, just in case we didn’t get that the Liberals are his letter but Canada is his team.) Trudeau wore it during his successful 2015 campaign, including this pensive pose in a pumpkin patch, and his fondness for the item was notable enough that some journalists mentioned it when analyzing why he won. Does he consider it a good-luck charm, or does he just enjoy the optics of looking like a sports hero leading an army of nerds? Then again, one U.S. publication included the jacket in a slideshow called “12 Times Justin Trudeau and Barack Obama Were Basically the Same Person,” so maybe it’s a condition of the endorsement.