Trudeau's 'sunny ways' were doomed to meet their SNC-Lavalin. Because this is Canada.

David Moscrop: It's an insanely hard country to govern. The Liberals were foolish to pretend otherwise. 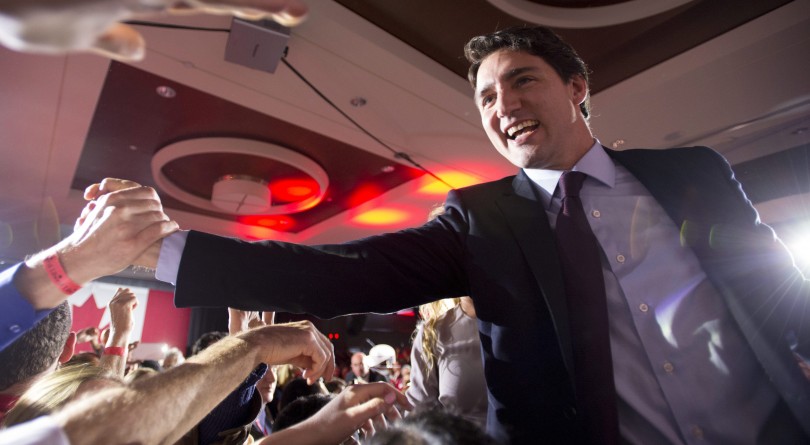 In 2015, Justin Trudeau and his Liberals formed government against the backdrop of “sunny ways.” Young, energetic, untarnished. Trudeau replaced Stephen Harper and his Conservatives, who were showing their age after nearly a decade in power. For opponents of the Blue Side, it was indeed a bright day: The bad man was gone and light was restored to the land. Today, sunny ways are dead.

While many, including the Prime Minister, like to draw on Wilfrid Laurier’s idiom “sunny ways,” fewer seem to recall the origins of the phrase. In the late 19th century, Canada was swept up by the Manitoba Schools question—a struggle over French language education rights in the province. Laurier described his approach as the “sunny way,” which entailed negotiation over strong-arm tactics. The crisis was eventually solved through compromise, which is to say by selling out francophones in Manitoba. Sunny ways, friends. Sunny ways. Although, perhaps the sun doesn’t shine upon everyone—especially those who’ve been thrown under the bus.

The SNC-Lavalin/Jody Wilson-Raybould affair has undermined Trudeau’s claim to do politics differently, just like the Aga Khan trip before it; the cynically broken promise on electoral reform; the kowtowing to Saudi Arabia while claiming to defend women’s rights and democracy; the meek response to social media companies pushing them around, and so on and so on. Then, on Monday, Treasury Board President Jane Philpott—respected as an honest, competent minister—resigned, leaving the Liberals scrambling to spin her departure without trashing her. Awkward. Later that night, the Prime Minister held a climate rally, interrupted by protesters, in which he appeared shaken. It was a disaster. Like a clown running across a minefield, to borrow a phrase.

All of this is bad news for the government. And it’s all extremely disappointing. But observers of Canadian politics and history will blame the Prime Minister as much for his promise to be different as for his failure to be so. What in this country’s past made him think that would work? Or was it a short-term ploy to win government—a strategy to be replaced four years later with “Jobs!” and “Remember Stephen Harper? Ohhhhh. Spooky!” and “Don’t change a horse in midstream” and “Oh, have we mentioned jobs?”

From the perspective of politics-as-usual, those are fair slogans. They don’t live up to sunny ways, of course. But they were never going to. As someone once put it to me, no party runs for re-election on ethics. And there we meet the fundamental truth of Canadian politics: this is a hard country to govern. That wisdom pops up all the time here. In different quotations and turns of phrase that draw on the many challenges, past and present, of duct-taping this giant land together. Regional tensions. Linguistic tensions. Identity tensions. A wary citizenry. Difficult allies and even more difficult rivals. A caucus that leaks. Cabinet ministers with ambition. An opposition party or two ready to pounce. It’s amazing that any government gets anything done—let alone gets re-elected a second or third or—gasp!—fourth time.

Come to think of it, how does a government anything done? It’s not sunny ways. And therein lies much of the disappointment with Trudeau’s government. It’s not just that the substance of some policy decisions comes up short. Or that the Prime Minister’s Office routinely asserted its right to push, pull, press or do whatever they need to do to make sure that messaging is coherent, everyone is on the same page, and the government’s chance at re-election remained decent. That’s what governing parties do, federally and provincially. Liberal. Conservative. New Democrat. But Trudeau promised to be different yet didn’t pursue institutional reform that would make being different possible. We were all sold a bill of sunny ways goods. And now we hear from the PM and those around him that, well, of course, this is just how it works. I’m sorry. But “buyer beware” isn’t going to cut it.

RELATED: The SNC-Lavalin scandal is proof our system of government is working. Seriously.

No one likes a hypocrite. In fact, it turns out that we really, really don’t like hypocrites. As Oliver Burkeman writes in the Guardian, drawing on research from Jillian Jordan and her colleagues, that we don’t like these folks because they’re guilty of “false signaling.” Signals are one way we sort people—good, bad, honest, dishonest. They help us make sense of the world and reach judgments and decisions. People don’t enjoy learning that they’ve been duped. Especially if they believed in you. The lesson here is that if you’re going to aim for the idealists, you’d better not miss or—worse—hit them but later let them down. Because if you do, it’s hello cynicism and anger; goodbye hope and trust.

Trudeau has let down the idealists, those who believed “sunny ways” was more than a slogan. He set the bar high. And then he walked into it. Bad timing, too. Globally, democracy is in retreat—a democratic recession that threatens to become a depression. Democratic norms are under assault. The latest trust numbers from Edelman suggest that Canada fares decent in trust, at least, with 53 percent of folks trusting government. That’s especially good compared to the United Kingdom (42 percent), the United States (40 percent), and France (32 percent). But those numbers include a tension between trusting folks who are well-informed and distrusting folks who aren’t, and they could be inflated by trust acting as a proxy for economic health. Moreover, polarization is on the rise. That’s potentially very bad news. What might all of this come to be if we encountered a sustained economic downturn? Or if we start to feel the worst effects of climate change? Now’s not the time to roll the dice with our democratic institutions and trust.

How did this happen? In moral philosophy, the “pickle-barrel analogy” holds that a good person goes bad the same way a cucumber becomes a pickle when it goes into a briny barrel—it starts out as one thing, enters a new environment and then it changes. The Liberals have become what they once opposed and claimed to stand in stark contrast to by having to govern a country that’s hostile to friendly, smiley politics. They got pickled.

None of this means that Trudeau and the Liberals will lose the 2019 election, although their numbers are softening faster than a peeled banana in the sun. October is a long time from now in electoral days. The CPC still carries the weight of frustration from the Harper years and that will—well—come up. Bernier’s breakaway People’s Party will help by siphoning right-wing votes. The NDP has got their leader a seat in the House of Commons and are working out their messaging, but they’re losing a lot of talent with 13 members of Parliament not returning and they’ll face a centre-right counter-push alongside an electoral system that tends to marginalize them. The Greens may eat into Liberal support and even add seats—Elizabeth May is fierce and the party is an honest broker—but they won’t contend to form government.

But the clouds over Trudeau and his government do mean that sunny ways days are over and they aren’t coming back. It means we’ll all be left a little more tired, frustrated and angry once this story disappears. It means we’ll be a little more cynical and a little less trusting. It means we’ll have lost time and energy and attention that would have been better off spent discussing and debating and passing and implementing policy and law to make the country a better place. All because we were promised that this time it would be different. And some of us fell for it. Of course, a few years from now, promises of change and a different sort of politics will be back. Not from Trudeau, but from whomever comes along promising to drain the pickle barrel.