Trump backs off threat to terminate NAFTA – for now

The White House had been telling U.S. media it was mulling a notice of withdrawal from NAFTA – sending shockwaves through markets

WASHINGTON – U.S. President Donald Trump swore off plans to cancel the North American Free Trade Agreement on Wednesday, after a day rife with speculation that he could be on the verge of threatening to obliterate the seminal trade deal.

The president made the announcement at the end of a dramatic day following an evening phone chat Wednesday with Prime Minister Justin Trudeau, followed by another call with Mexican President Enrique Pena Nieto.

Trump sounded satisfied that his peers had agreed to negotiate swiftly. This has been a top concern of Trump’s administration, which has expressed frustration over the pace.

Trump’s key campaign promise to renegotiate NAFTA is up against the clock: U.S. Congress has yet to sign off on negotiations, and there might be less than a year to get a deal before the Mexican election.

”Both conversations were pleasant and productive,” said a late-night statement from the White House.

”President Trump agreed not to terminate NAFTA at this time and the leaders agreed to proceed swiftly, according to their required internal procedures, to enable the renegotiation of the NAFTA deal to the benefit of all three countries.”

Trump said it was his privilege to update NAFTA through renegotiation. He called it an honour to deal with both Pena Nieto and Trudeau, and said the end result will make all three countries stronger and better.

That statement will send waves of relief rippling through Ottawa and Mexico City.

Throughout the day, the White House had been telling U.S. media it was mulling a notice of withdrawal from NAFTA. It was seen as a dose of shock treatment for Congress, Canada, and Mexico to get cracking under the threat the deal might be cancelled.

Markets appeared jolted by the sudden drama. The Canadian dollar lost more than a third of a cent Wednesday and the Mexican peso got hit harder: it was down more than 1.5 per cent on the day.

OPINION: Now is our chance to scrap the milk tax once and for all

Various media said Trump was considering detonating the trade equivalent of a nuclear option – an executive order to withdraw from the trade agreement, which would instill fear in members of Congress, industry and Canadian and Mexican trade negotiators.

The administration had been complaining that American lawmakers were dragging their feet. On Capitol Hill, lawmakers have not only delayed confirmation of Trump’s trade nominee but also withheld approval of the formal notice to kick off negotiations.

The White House let it be known earlier in the day, through the Washington Post, Politico, and CNN, that Trump was considering an executive order threatening withdrawal, and the New York Times reported late Wednesday that he was actually leaning toward issuing that order.

Such a move would have been dramatic, but not necessarily fatal to NAFTA. 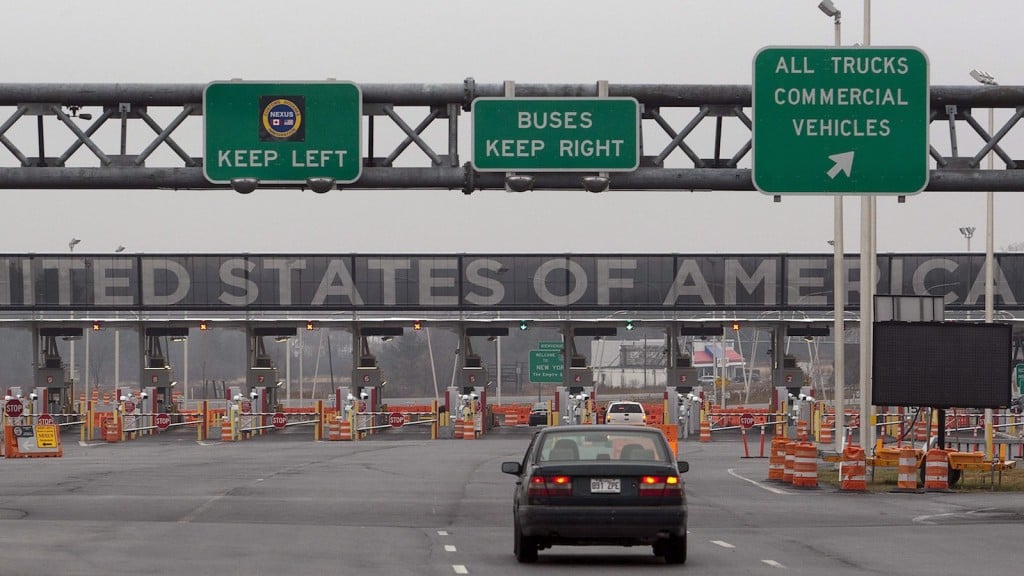 A veteran of Canada-U.S. free trade said there are multiple layers between an announcement and an actual withdrawal. He asked: Even if Trump announced a possible withdrawal, would he actually he follow through? And if he followed through, would Congress undo tariffs, and other things in NAFTA’s implementing legislation?

One thing’s certain, he said: the move would scare people.

”It would be a nothing. But it would be inflammatory,” said Jon Johnson, a negotiator in the original Canada-U.S. trade agreement, a government adviser on NAFTA and now a C.D. Howe Institute analyst.

”I suspect many in the press would freak. I would.”

He pointed out that NAFTA does not have an automatic-exit clause.

RELATED: Is history repeating itself in the softwood lumber dispute?

Its only reference to withdrawal is a single 34-word sentence, Article 2205, which says: A party may withdraw after providing six months’ written notice, which means that any president declaring a pullout would simply be allowed to do it six months later.

What a withdrawal threat could do is frighten multiple actors, he said.

There were certainly jitters in Congress. Pro-NAFTA senators urged Trump to be careful. The Republican majority whip, Sen. John Cornyn, warned: ”I think we’d better be careful about unintended consequences.” Sen. John McCain told CNN, of a NAFTA withdrawal: “It will devastate the economy in my state … I hope he doesn’t do that.”

One trade expert said he viewed this as a negotiating tactic – a threat to Congress.

”I think by threatening a nuclear option he is hoping to get Congress to speed up . . . (and) stop getting in way. If there is an executive order, it’s probably more likely to be weaker than his rhetoric.”

The White House had expressed frustration at lawmakers’ failure to share its sense of urgency on NAFTA.

The clock is ticking, in part because of the Mexican election. The Mexican government says it can’t conclude a NAFTA deal after the first quarter of next year, with an election in 15 months and the populist left on the move there.

OPINION: For a troubled Trump, Canada is easy pickings

Trump’s point man on the negotiation, Commerce Secretary Wilbur Ross, has acknowledged that it gets harder if talks linger too much into next year. Which means the next few months might be the only window to renegotiate NAFTA – a key Trump campaign promise.

By law, the U.S. Congress must be involved at multiple steps: in approving a formal notice to renegotiate, in developing the negotiating positions, and then in voting to ratify a deal.

”It’s been frustratingly slow,” Ross said earlier this month, of Congress. ”They’ve been very, very slow on completing the hearings and voting on our new U.S. trade representative Bob Lighthizer. That’s been not helpful.”