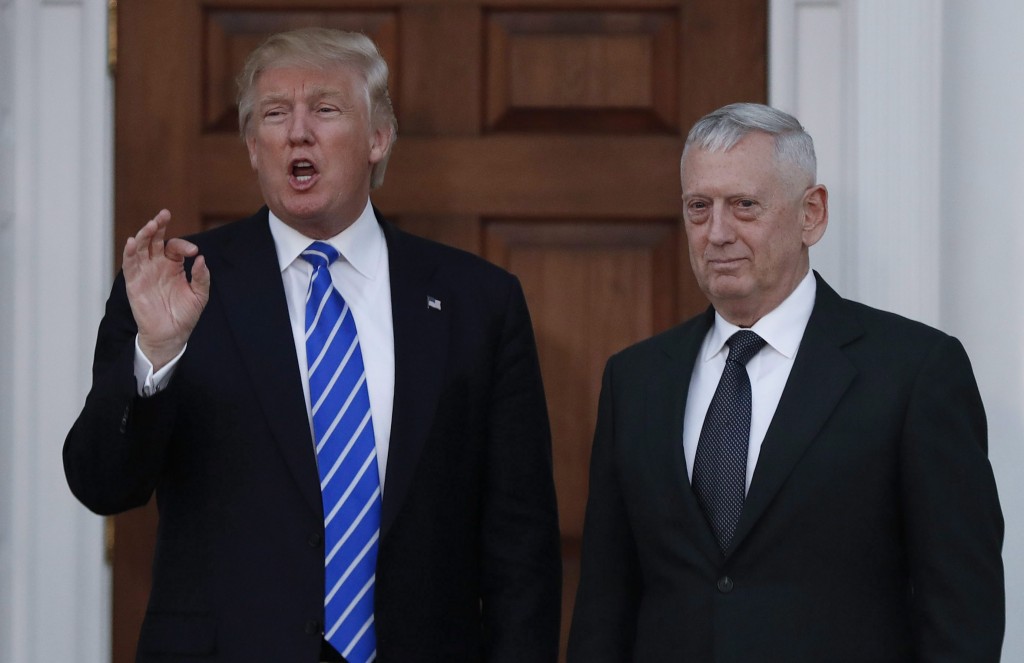 WASHINGTON – Donald Trump’s move to pack his administration with military brass is getting mixed reviews, as Congress and others struggle to balance their personal regard for the individuals he’s choosing with a broader worry about an increased militarization of American policy.

No fewer than three combat-experienced retired Army and Marine leaders, with multiple deployments in Iraq and Afghanistan, are on tap for high-level government jobs normally reserved for civilians. Others are entrenched in Trump’s organization as close advisers.

All three had high-profile military careers leading top commands, and they are known for their willingness to offer blunt policy assessments publicly and privately. But their strategic advice could be colored by their years on the battlefront watching soldiers and Marines fight and die battling insurgents in the mountains of Afghanistan and the deserts of Iraq.

Those experiences can have markedly varied effects, making some officers a bit cautious when considering plans to send troops into battle but making others more likely to urge aggressive military responses to national security crises and less patient with the slow pace of diplomacy.

The men Trump has chosen so far are familiar faces on Capitol Hill, having made frequent trips in their former jobs, and lawmakers are expressing personal respect. But some temper that with a wariness about the wisdom of putting so many military leaders at the helm of the country’s national security when the nation was founded on the idea of civilian control.

In particular, some Democrats oppose passing a law overriding a prohibition on an officer leading the Defence Department before he has been out of the military for seven years. That law has been waived only once in American history, for George Marshall in 1950. Flynn’s appointment does not require congressional approval, and there is no similar law for Homeland Security.

Mattis retired from the Marine Corps in June 2013, and Kelly retired early this year. Flynn retired in 2014 after being pushed out of his job as head of the Defence Intelligence Agency.

“While I deeply respect General Mattis’ service, I will oppose a waiver,” said Sen. Kirsten Gillibrand, D-N.Y., a member of the Armed Services Committee. “Civilian control of our military is a fundamental principle of American democracy, and I will not vote for an exception to this rule.”

Rep. Adam Smith, ranking Democrat on the House Armed Services Committee, echoed that concern, saying that while Mattis served with distinction, “civilian control of the military is not something to be casually cast aside.”

It is unlikely, however, that those trepidations will threaten Mattis’ nomination. He has broad support from Republicans, who hold the majority in both chambers, including from John McCain, chairman of the Senate Armed Services Committee.

“America will be fortunate to have General Mattis in its service once again,” said McCain, R-Ariz.

There were even positive words Friday from House Democratic leader Nancy Pelosi, who said, “We are grateful that the president-elect reportedly found General Mattis’ argument against torture persuasive. We will need the secretary of defence to continue to uphold the laws, alliances and norms that protect our nation and enshrine our values as Americans.”

Still, national security experts raise concerns about the possibility of a greater reliance on military solutions to international problems.

Vikram Singh, a former senior adviser at the Defence Department and now vice-president at the left-leaning Center for American Progress, said the law requiring a gap between military service and leading the Pentagon “exists to preserve civilian control of the military, a cornerstone of American democracy, and appointing a general so recently retired from active service to be secretary of defence is a serious matter, no matter how qualified that general may be for the position.”

Jon Soltz, who leads the liberal political action committee VoteVets, said that people with military service are needed in Washington, but “it is somewhat concerning that Donald Trump continues to eye recently retired generals for some of the most important traditionally civilian positions in government.”

He added, “We should never lose sight of the balance in civilian and military roles that has served our nation well for centuries.”

Spencer Meredith, an associate professor at the National Defence University, said Friday that military officers can bring vital strategic thinking and organizational skills to administration jobs. But he acknowledged possible concerns about a cadre of advisers with military viewpoints – the idea that “everything looks like a nail to a hammer.”

The generals themselves have expressed little worry about any militarization of U.S. policy.

Military officers, said Kelly, spend their careers willing to give their lives to defend their country and the U.S. Constitution. He said civilian control is rooted in the president as commander in chief and the Congress, which controls spending.

Mattis, in a recent exchange, showed a sense of humour about his status as a career military officer. When a reporter addressed him as “General,” he responded, “Please call me Jim. I was once a general, but it was long ago and I’ve happily rejoined the human race.”