Trump suggests 'jail' or 'loss of citizenship' for flag burners

If enacted, Trump's call to persecute flag burners would trample over First Amendment of the U.S. Constitution 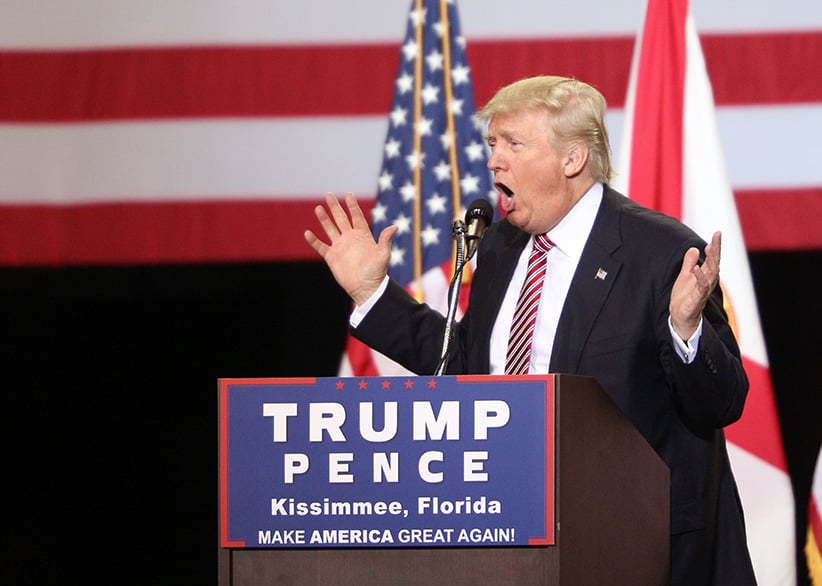 WASHINGTON – President-elect Donald Trump said Tuesday that anyone who burns an American flag should face unspecified “consequences,” such as jail or a loss of citizenship. But the Supreme Court has held that flag-burning is a form of speech protected by the First Amendment, and the Constitution forbids the government removal of citizenship for a natural-born American.

Trump’s words, expressed on Twitter early Tuesday morning, put him at odds with the late Justice Antonin Scalia, who was in the majority in the 1989 decision that protected flag burning. Trump has called Scalia, who died in February, a great judge and said he would appoint someone to fill Scalia’s seat who is much like the conservative legal icon.

“Nobody should be allowed to burn the American flag – if they do, there must be consequences – perhaps loss of citizenship or year in jail!” Trump said in a tweet.

It was not immediately clear what prompted the tweet, but just an hour before, FOX News had aired a story about college students who burned a flag.

But in 1989, Scalia signed onto an opinion written by the liberal Justice William Brennan that struck down a criminal conviction under Texas law for burning a flag during a political protest.

Asked about that vote decades later in an interview on CNN, Scalia said he would outlaw flag-burning “if I were king.” But the First Amendment exists to protect “speech critical of the government. That’s the main type of speech tyrants would seek to suppress,” he said.

The White House echoed Tuesday that the First Amendment should prevail in such matters.

“We have a responsibility as a country” to carefully protect the rights enshrined in the Constitution, White House spokesman Josh Earnest said, adding that the burning of the U.S. flag offends most Americans, himself included.

House Majority Leader Kevin McCarthy said that he does not “support or believe in the idea of people burning the American flag. I support the First Amendment.” He added that Congress has no plans to take action against flag burning.

And Senate Majority Leader Mitch McConnell of Kentucky weighed in against Trump too, saying: “The Supreme Court has held that that activity is a protected First Amendment right, a form of unpleasant speech, and in this country we have a long tradition of respecting unpleasant speech. I happen to support the Supreme Court’s decision on that matter.”