Trump is already campaigning for reelection in 2020. Is that allowed? 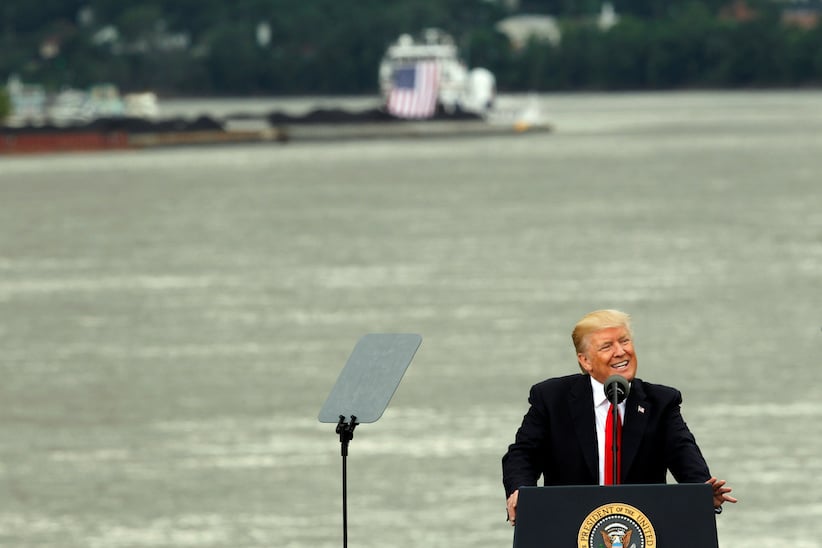 On Wednesday night, he’ll attend his first 2020 campaign fundraiser, rubbing elbows with some of the Republican Party’s top donors on familiar turf: his own hotel down the street from the White House. He’s already spent five evenings on the road at political rallies, always in states that supported him in November and always in front of an audience of thousands of fans who are screened and selected by his campaign aides.

The historically early campaigning comes with clear fundraising benefits, but it has raised red flags. Among them: Government employees have inappropriately crossed over into campaign activities, tax dollars may be subsidizing some aspects of campaign events, and as a constant candidate, the president risks alienating Americans who did not vote for him.

MORE: President Trump to use Trump hotel to host fundraiser for candidate Trump

The Trump team has decided that any risks are worth it. The re-election effort raised more than $7 million in the first three months of this year, all from small donations and the sale of “Make America Great Again” merchandise. Wednesday’s dinner is his first solicitation of larger donors, with tickets starting at $35,000. Trump can ask for those large donations because the money is to be split between his re-election campaign and Republican Party groups.

Campaign director Michael Glassner has said the rallies give Trump the chance to speak directly and powerfully to his base of supporters. And the president is clearly energized by his campaign rallies.

But Trump’s social media guru, who now works at the White House, is Exhibit A on the dangers of running a permanent campaign. 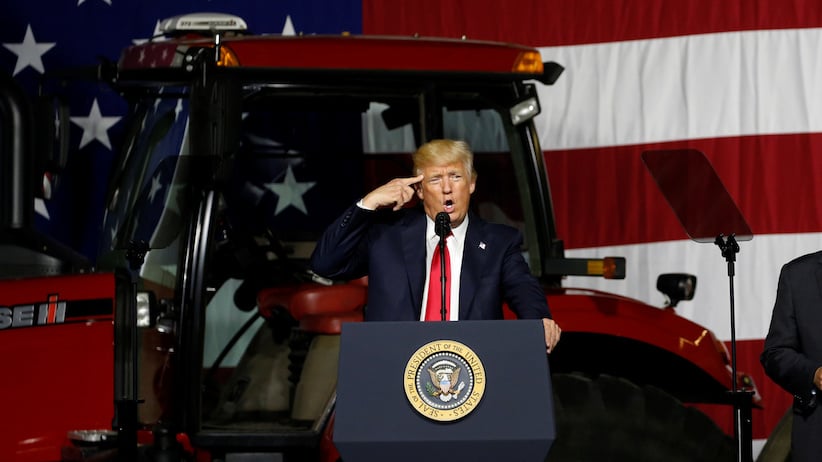 The Office of the Special Counsel, an independent agency that investigates federal personnel, reprimanded Dan Scavino for violating the Hatch Act, a law prohibiting the use of government resources for campaigning. Scavino had tweeted a call to defeat a Republican representative who is often critical of Trump.

“Mr. Scavino has been advised that if in the future he engages in prohibited political activity while employed in a position covered by the Hatch Act, we will consider such activity to be a wilful and knowing violation of the law,” the counsel’s office wrote in a June 5 response to a liberal-funded watchdog that had complained about the tweet.

Last week, Scavino sent a message from his government Twitter handle that mentioned both Trump’s presidential appearance in Iowa and his political rally there later that night.

“What you have to do is draw very clear lines, or you risk having people constantly blurring or crossing them,” said Virginia Canter, executive branch counsel for the group Citizens for Responsibility and Ethics in Washington, which has complained about Scavino’s tweeting. Canter was a longtime federal ethics attorney before joining CREW.

Scavino earns a government salary as White House director of social media, and his company continues to financially benefit from the Trump campaign. Scavino & Associates collected $14,500 for consulting from Trump’s re-election campaign in the first three months of this year, FEC reports show.

He’s not the only person juggling duties.

CREW filed a Hatch Act complaint about Sanders, and the Office of Special Counsel cleared her because her tweets didn’t push for her boss’s re-election. The office said in public guidance issued in February that Trump’s early decision to become a candidate needed a special approach for how to navigate the Hatch Act.

“Because the 2020 election is still more than three years away, at this time not all expressions of support or opposition to President Trump constitute political activity for purposes of the Hatch Act,” the office wrote. Closer to the election, it warned, the prohibitions will broaden.

In April, the campaign made its first new commercial, a celebration of the president’s first 100 days in office. But its first cut of the 30-second ad included a clip of National Security Adviser H.R. McMaster in uniform – a no-no under Defence Department rules prohibiting active duty military members from political advocacy while in uniform.

The campaign removed the footage.

In 2012, Reince Priebus, then head of the Republican National Committee, complained to the Government Accountability Office that President Barack Obama was “fraudulently” billing the government for political travel. Obama said he carefully followed the rules about when his campaign must reimburse the government.

Priebus, now Trump’s chief of staff, joined the president at a February campaign rally in Melbourne, Florida. So far, no reimbursements to the Secret Service, which operates Air Force One, have shown up in the Trump campaign’s FEC reports.

Walters said the White House, through its lawyers, “carefully scrutinizes each itinerary to ensure that the proper political entity pays for all political travel and that official funds are used exclusively for official travel.”