Trump Organization has canceled talks over possible projects in Brazil, Argentina and India 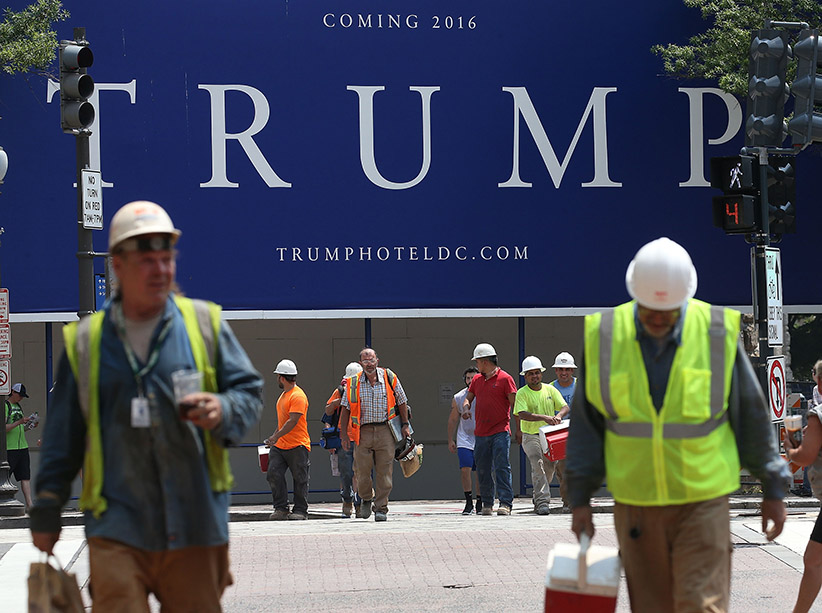 NEW YORK – The Trump Organization has cancelled talks over possible projects in Brazil, Argentina and India as the president-elect pulls back from deal-making less than three weeks before taking office.

Trump lawyer Alan Garten said Wednesday that the company has cancelled a “memorandum of understanding” to continue discussions with local partners over possible office towers in Rio de Janeiro. He also said the company won’t continue “exploratory” talks over projects in Pune, India, and in Buenos Aires, Argentina.

The moves follow cancellations late last year of licensing deals for hotels in Brazil, Azerbaijan and the neighbouring country of Georgia as Donald Trump has come under pressure to separate from his business before assuming office. Federal ethics rules do not require presidents to sell off their business or investments, but critics argue that Trump should do so because his global holdings present unprecedented conflicts of interest.

Trump has given no indication that he plans to sell his interest in his business. Instead he has pledged to do “no new deals” while president and to leave management of his company to his two adult sons, along with executives.

Trump has stakes in 500 companies in about 20 countries, though some of those appear set up for tax or legal reasons and do not have any underlying business operations. Trump shut down four such “shell” companies in Delaware last year that appeared tied to Saudi Arabia but had no operations.

The Argentina talks came under scrutiny last year after several media outlets reported that Trump tried to speed along the Buenos Aires project by mentioning it in congratulatory call from Argentine President Mauricio Macri. A Macri spokesman denied to The Associated Press that the subject even came up in the call.

Garten said that the project didn’t even get past the exploratory phase and that, unlike the case in Brazil, there wasn’t even a signed agreement to continue to talking about a possible deal.

The project in Brazil has garnered some publicity, too. The plan was to build five office towers in Rio de Janeiro, but the development got tied up in a corruption investigation unrelated to Trump himself. Called Trump Towers Rio, it was announced in 2012, but construction of the office towers has not even begun.

Trump also had a licensing deal for a hotel in Brazil, but cancelled that last month.

Discussions over the possible project in Pune were separate from two residential towers already built there that bear the Trump name. Trump also has his name on a residential tower in Mumbai.