Trump rebukes Clinton's accusations of prejudice: 'Shame on you'

By Jonathan Lemire and Lisa Lerer, The Associated Press August 25, 2016 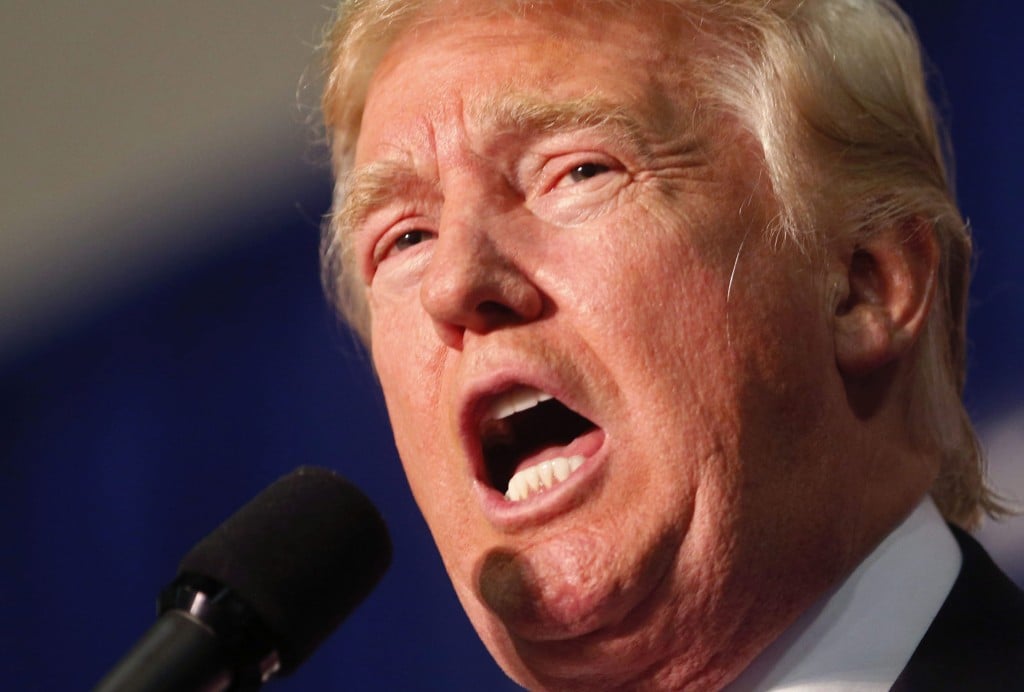 MANCHESTER, N.H. – Donald Trump confronted head-on allegations that he is racist on Thursday, defending his hard-line approach to immigration while trying to make the case to minority voters that Democrats have abandoned them.

His poll numbers slipping behind Hillary Clinton’s with less than three months until Election Day, Trump tried to get ahead of the Democratic nominee, who addressed a rally in Reno, Nevada minutes later, warning that the Republican Party is being taken over by “a radical fringe,” motivated by “prejudice and paranoia.” Her speech focused on the so-called “alt-right” movement, which is often associated with efforts on the far right to preserve “white identity,” oppose multiculturalism and defend “Western values.”

“To Hillary Clinton, and to her donors and advisers, pushing her to spread her smears and her lies about decent people, I have three words,” he said. “I want you to hear these words, and remember these words: Shame on you.”

Clinton also warned that Trump has “built his campaign on prejudice and paranoia,” which is “taking hate groups mainstream.” The Democratic nominee, who has been working to paint her opponent as fearmongering and racist, also said that Trump’s “disregard for the values that make our country great is profoundly dangerous.”

Her campaign also released an online video that compiles footage of prominent white supremacist leaders praising Trump, who has been criticized for failing to immediately denounce the support that he’s garnered from white nationalists and supremacist, including former Ku Klux Klan Grand Wizard David Duke.

Trump – whose campaign says has never used the term “alt-right” and disavows “any groups or individuals associated with a message of hate” – tried to turn the tables on Clinton, suggesting that she was lashing out in order to distract from questions swirling around donations to The Clinton Foundation and her use of her private email servers.

“She lies, she smears, she paints decent Americans as racists,” said Trump, who then defended some of the core – and to some people, divisive – ideas of his candidacy.

Trump, who also met Thursday in New York with members of a new Republican Party initiative meant to train young – and largely minority – volunteers, has been working to win over blacks and Latinos in light of his past inflammatory comments and has taken to claiming that the Democrats have taken minority voters’ support for granted. At rallies over the past week, the Republican presidential nominee cast Democratic policies as harmful to communities of colour and in Mississippi on Thursday he went so far as to label Clinton “a bigot.”

“They’ve been very disrespectful, as far as I’m concerned, to the African-American population in this country,” Trump said. He was joined in Mississippi by Nigel Farage, one of the architects of Britain’s push to leave the European Union – a movement that succeeded, in part, because voters sought to block the influx of foreigners into the United Kingdom.

Many African-American leaders and voters have dismissed Trump’s message – delivered to predominantly white rally audiences – as condescending and intended more to reassure undecided white voters that he’s not racist, than to actually help minority communities.

In his speeches, Trump has painted a dismal picture of life for black Americans, describing war zones as “safer than living in some of our inner cities” and suggesting that African-Americans and Hispanics can’t walk down streets without getting shot. The latest census data show that 26 per cent of blacks live in poverty, versus 15 per cent of the country overall.

But Trump insisted Thursday that his message had already “had a tremendous impact” on the polls.

“People are hearing the message,” he said.

More: Did Trump really say that? Take our quiz

Trump also said that he’ll give an immigration speech “over the next week or two” to clarify his wavering stance on the issue. During the Republican primary, Trump had promised to deport the estimated 11 million people living in the United States illegally. In recent days, he’s suggested he might be open to allowing them to stay.

Before the meeting in New York, several protesters unfurled a banner over a railing in the lobby of Trump Tower that read, “Trump

they railed against Trump for “trying to pander to black and Latino leaders.” ”Nothing will change,“ they yelled.