Discussions about potential development occurred in the fall of 2015, months after Trump had declared his candidacy

By Eric Tucker and Chad Day, The Associated Press August 29, 2017 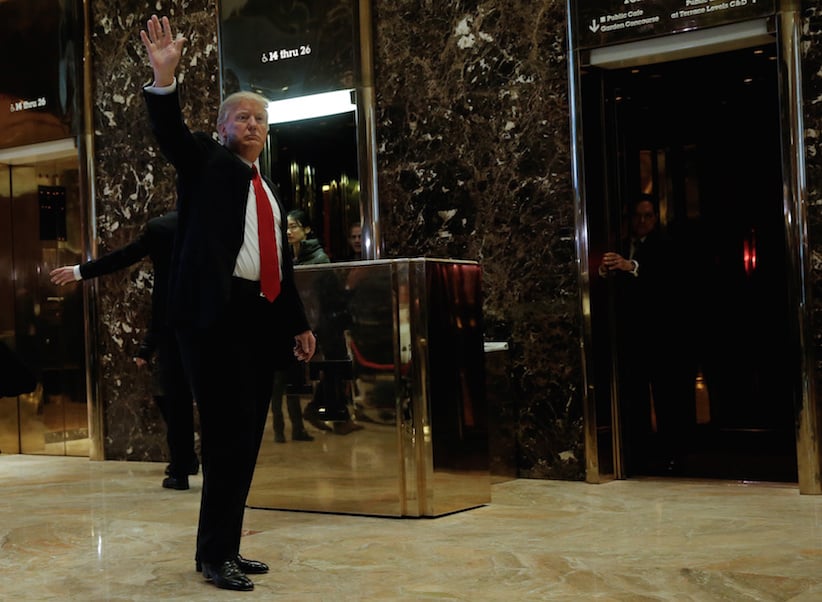 WASHINGTON – Donald Trump’s personal lawyer confirmed Monday that the president’s company pursued a project in Moscow during the Republican primary, but said that the plan was abandoned “for a variety of business reasons.” The attorney, Michael Cohen, also said he sent an email to the spokesman for Russian President Vladimir Putin as part of the potential deal.

The confirmation that the Trump Organization was actively considering doing business in Russia during the presidential election could provide special counsel Robert Mueller with motivation for probing Trump’s personal and business finances, a line Trump has warned him not to cross.

Cohen disclosed details of the deal in a statement to the House intelligence committee, which like Mueller is investigating Russian interference in the 2016 presidential election and possible co-ordination between the Trump campaign and Russia. The Associated Press obtained the statement Monday.

In the statement, Cohen said that he worked on the real estate proposal with Felix Sater, a Russia-born associate who he said claimed to have deep connections in Moscow.

The discussions about the potential development occurred in the fall of 2015, months after Trump had declared his candidacy, and ended early last year when Cohen determined that the project was not feasible, according to Cohen’s statement. Cohen also disclosed that Trump was personally aware of the deal, signing a letter of intent and discussing it with Cohen on two other occasions.

In a statement, the Trump Organization emphasized that the licensing deal “was not significantly advanced,” noting that no site or financing materialized during the negotiations. The company also said it was never paid any fees as part of the deal, and the signed letter of intent was nonbinding.

“To be clear, the Trump Organization has never had any real estate holdings or interests in Russia,” the company said.

The negotiations of the possible Trump Tower Moscow deal were first reported Sunday night by The Washington Post. On Monday, The New York Times reported on an email in which Sater appeared to boast that the real estate deal could help Trump get elected. Sater did not respond to a request for comment from the AP on Monday.

“Our boy can become president of the USA and we can engineer it,” Sater wrote in an email, according to the Times. “I will get all of Putins team to buy in on this, I will manage this process.”

He also said in another email about a possible ribbon-cutting: “I will get Putin on this program and we will get Donald elected.”

In the two-page statement, Cohen said he emailed Putin’s press secretary, Dmitry Peskov, after Sater suggested that “the proposal would require approvals within the Russian government that had not been issued.” Cohen said he did not recall any response to his email, or any other contacts with Peskov or other Russian government officials about the project.

Cohen portrayed the proposal as one of “countless” that the Trump Organization has received for developments around the world, noting that Trump had properties and developments in about a dozen different countries. 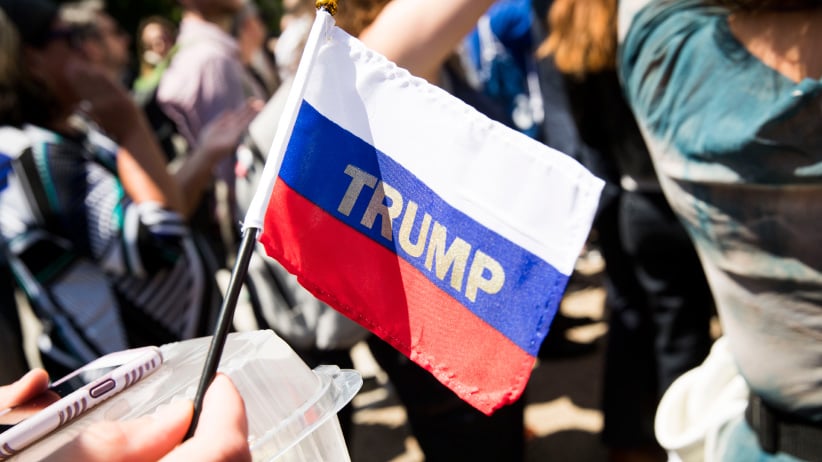 “Trump” emblazoned on a Russian flag is held by a demonstrator outside the White House in Washington during protests against the firing of FBI Director James Comey, Wednesday, May 10, 2017. (Doug Mills/The New York Times/Redux)

The project, Cohen said, first came to his attention in September 2015 when he received a proposal for a “Trump Tower Moscow” that would house a luxury hotel, office spaces and condominiums.

Cohen said he “performed some initial due diligence” to determine whether it was a good fit for the Trump Organization, and Trump ultimately signed a nonbinding letter of intent with a Moscow-based developer, I.C. Expert Investment Co., on Oct. 28, 2015.

After the signing of the letter, Cohen said the Trump Organization sought building designs from architects and held “preliminary discussions regarding potential financing” for the building.

Cohen said he also communicated extensively with Sater, who was brokering the deal and stood to receive payment from the Russian developer if it came to fruition.

Sater was a former real estate executive at Bayrock Group LLC, a development company that leased space in Trump Tower and also partnered with him on various deals. Sater was previously convicted of assault in 1993 for stabbing a man in the face with a broken margarita glass. He later became a government informant upon his conviction years later in a $40 million Mafia stock fraud scheme.

RELATED: Could Donald Trump be defeated by a member of his own party?

A judge is reviewing requests by news organizations and others to unseal court records detailing his co-operation on behalf of the government in what prosecutors have described as national security matters. Federal prosecutors have opposed disclosing such information, arguing doing so could jeopardize investigations and put lives at risk.

In his statement, Cohen downplayed the comments Sater made in email correspondence about the Trump Tower Moscow deal.

“Over the course of my business dealings with Mr. Sater, he has sometimes used colorful language and has been prone to ‘salesmanship’,” Cohen said. “As a result, I did not feel that it was necessary to routinely apprise others within the Trump Organization of communications that Mr. Sater sent only to me.”

Cohen said that Sater “constantly” invited him to travel to Moscow and encouraged him to bring Trump. But Cohen said he rebuffed the overtures. He said he has never travelled to Russia, and never considered asking Trump to go to Russia, which he said he only would have encouraged if there was a “definitive agreement in place.”

Cohen said the proposal, which was contingent upon the developer finding an appropriate property and getting necessary permits, was under consideration until the end of January 2016. At that point, he said that he determined the “proposal was not feasible for a variety of business reasons and should not be pursued further.”