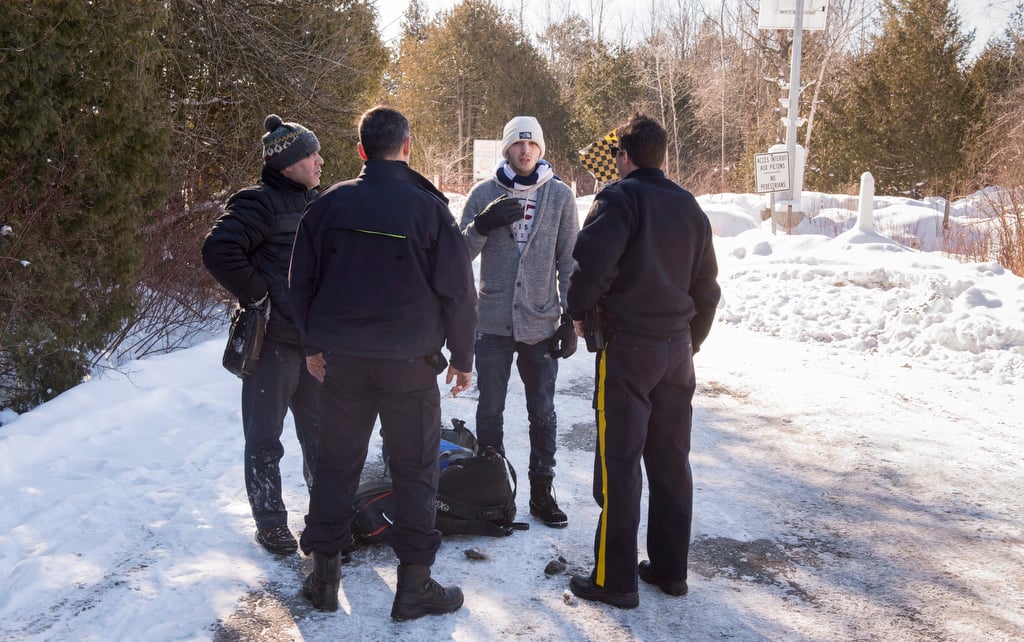 Two men from Syria are detained by RCMP officers after crossing into the country at the U.S.-Canada border near Hemmingford, Que., on Friday, February 17, 2017. A number of refugee claimants are braving the elements to illicitly enter Canada. (Paul Chiasson/CP)

OTTAWA – The United Nations refugee agency is keeping a careful eye on the situation at the Canada-U.S.. border, where dozens of people have been crossing illegally in recent weeks to seek asylum.

The agency’s representative in Ottawa recently spent a day watching people make their way through an unofficial border crossing in Quebec and says he plans to keep up visits over the next few weeks.

Jean-Nicolas Beuze says the UN has no concerns about the crossings, noting the numbers are low and the asylum seekers are being treated in accordance with Canadian and international law.

Beuze says most of those people he spoke with say they left the U.S. out of fear of being mistreated by that country’s immigration system under President Donald Trump.

But he says that doesn’t mean Canada should suspend the agreement it has with the U.S. that prevents those seeking to enter this country at an official land border point to make a refugee claim.

Beuze says more evidence is still needed to prove that Trump’s immigration policy is affecting the asylum system in the U.S.