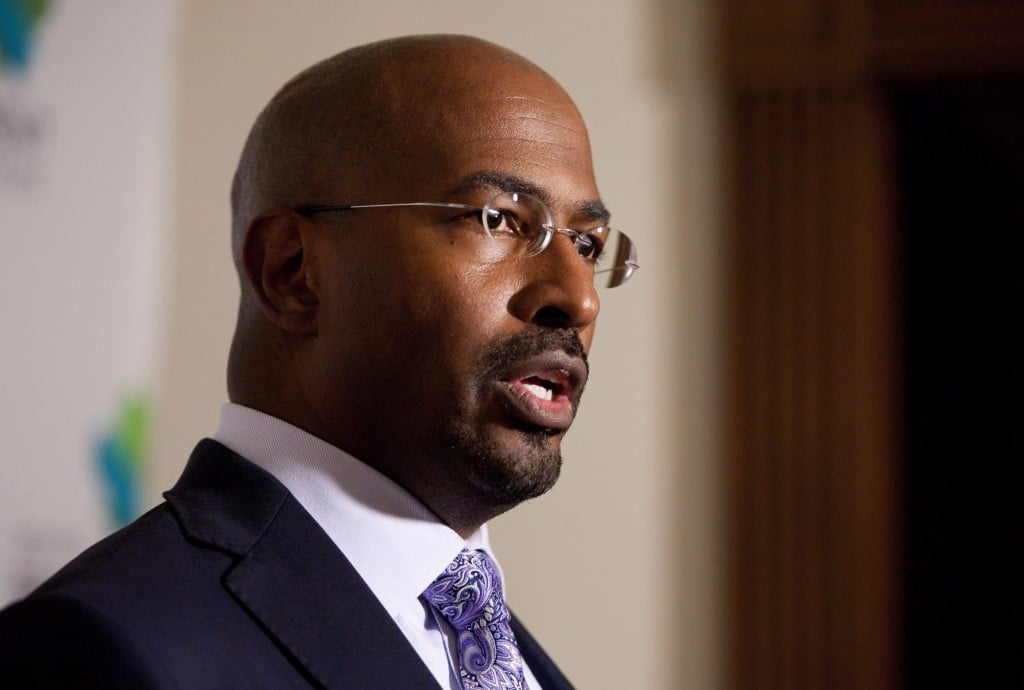 A high-profile political commentator and former White House policy adviser warned Tuesday that the same class tensions and divisive forces that swept Donald Trump to power could easily take root in Canada, adding it would be “irresponsible” to pretend otherwise.

Van Jones, a CNN political contributor, said the “hate wave” that has stirred vigilante behaviour and prompted gatherings of apparent Nazi-affiliated groups is playing out in all Western democracies, and anyone who thinks Canada will be spared is wrong.

“It is happening all across the Western democracies and it can happen in Canada, too.”

Jones, who emerged as a strong voice during the U.S. election campaign that ended earlier this month with Trump’s stunning victory, was in Toronto to discuss what a Trump presidency will mean for the U.S. and its northern neighbour.

He was to deliver a keynote address in the city at an event organized by the Broadbent Institute.

Speaking before the event, Jones said everyone, no matter where they fall on the political spectrum, must remain vigilant to keep class and racial tensions from turning into violence.

“Every single part of civil society in Canada, the United States and around the world needs to get very vocal right now, needs to stand up right now,” he said.

“We are so far now past left versus right, this is no longer a left-right issue. … It is wrong for any political party to get ahead by picking on defenceless groups and small groups and minority groups, and then to turn your head when the violence comes,” he said.

The Republican party itself will have to do its part to keep Trump in check, he said, because with control of the White House, House of Congress and Senate, “whatever happens now … that’s on them.”

“If they fail to hold Donald Trump to the same standards they were hounding Hillary Clinton on, that’s on them as well – and the whole world is watching,” he said.

Most people who voted for Trump don’t espouse xenophobic views, but the fact that neo-Nazi groups have openly expressed their support for the president-elect shows how irresponsible his campaign was, Jones said.

A video by the Atlantic that was taken inside a meeting of the National Policy Institute – a think-tank that is part of the alt-right movement that includes neo-Nazis, white supremacists and anti-Semites – showed the group’s leader shouting to a crowd of about 200 people: “Hail Trump, hail our people, hail victory!” as some attendees lifted their hands in a Nazi salute.

Trump condemned the National Policy Institute in an interview with New York Times editors on Tuesday.

Though he won the electoral vote, Trump does not have the mandate to carry out the most dangerous of his policies, and if he attempts to do so, his own base will crumble, Jones said.

That could leave the Republican party with a difficult decision: stand by Trump or listen to constituents, he said.

After the Republican’s win, Jones called the election results a “whitelash” against a changing country and, in part, against its current black president.

Jones, who was recently called a “Star of the 2016 Campaign” by The New York Times, is also a civil rights activist and founded multiple social enterprises including the Dream Corps, which promotes innovative policy solutions.

Trump has threatened to tear up the North American Free Trade Agreement unless he gets concessions from Canada. He has also promised to pull the U.S. from various international climate agreements.