Waiting for Donald Trump to become president, 365 days and counting

Many hoped the weight of the White House would shape Trump into a recognizable president. They are still waiting. 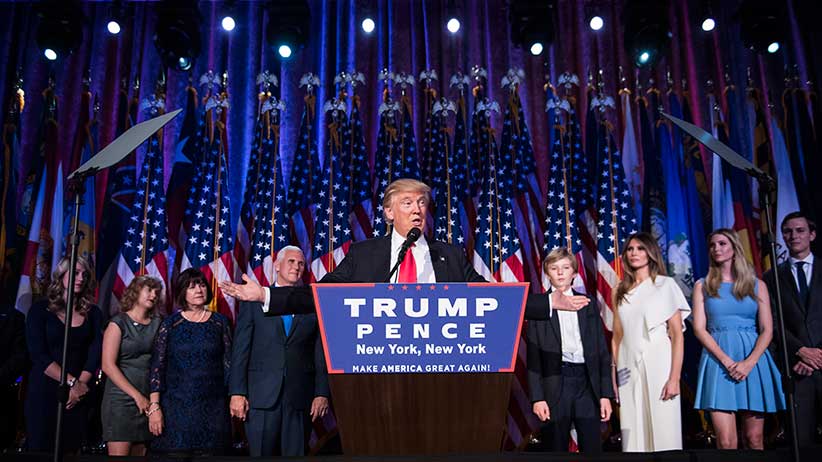 How many times can a man become President of the United States? Convention might suggest that two inaugurations is the maximum. Yet as he has done so many times before, Donald Trump has already defied this convention, and “become” president many times over.

Trump’s first re-inauguration was in March, following his address to a joint session of Congress. During the speech, Trump singled out the widow of Navy Seal Ryan Owens, who was killed in January during a U.S. raid against an al-Qaida-affiliated compound in Yemen. It was America’s first counter-terrorism operation under Trump, and resulted in three other wounded U.S. soldiers, possibly dozens of civilians, and was dubbed a “failure” by Senator John McCain.

But Trump had kind words that night for Owens—that he “died as he lived, a warrior and a hero.” Carryn Owens, the Seal’s wife, clasped her hands and looked to the heavens in tears as she heard the words.

“He became President of the United States in that moment, period,” said CNN analyst and Barack Obama’s former green jobs ‘czar’, Van Jones, who before and since that moment has been vocally opposed to Trump. “That was one of the most extraordinary moments you have ever seen in American politics.”

“I think Donald Trump became president of the United States,” CNN analyst Fareed Zakaria said the next morning. Candidate Trump, Zakaria said, “seemed unconcerned with global norms,” but the moment he ordered the missile strike, “President Trump recognized that the President of the United States does have to act to enforce international norms, does have to have this broader moral and political purpose.”

Some variation of the phrase “Donald Trump became president” has now—as with so many other things Trump has done or said—become a meme, an endlessly recycled sarcastic comment thrown out on Twitter each time Trump does something decidedly unpresidential, or just strange. It is now the de facto cry of mulligan, the “starting…now!” re-do of our youth. A fanciful, playful wish for the record to be somehow erased, or for time itself to begin anew.

Yet, in those first instances of its usage, we must assume the phrase was genuinely used. That both Zakaria and Jones and others felt—maybe even hoped—that to some degree, they were finally seeing something akin to a national leader emerge from this billionaire realtor-turned-TV star, confessed sexual assaulter, rouser of the extreme right-wing rabble, exhauster of hyperbole, and promiser of moons.

It would be wrong to suggest they were alone. Even as Trump took the stage in the wee hours of Nov. 9, 2016 to address his followers as the new president-elect, there was speculation that he may yet turn a corner, or that the weight of the White House would squeeze out a better version of the man—or at least one shaped more like what Americans were used to seeing.

His language of unity sounded right. His vice-presidential pick looked somewhere close to correct. His embrace of Reince Priebus, chairman of the Republican National Committee (and since fired) appeared to suggest he would drift toward the establishment. That he would, in a word, normalize toward the mean, and stop his push for the extreme to become normal.

In short, there remained some hope that perhaps Trump could become what Americans expect of their president, and what Zakaria and Jones were still looking for in the months that followed: a leader capable of compassion as much as fortitude.

“Nothing we want for our future is beyond our reach. America will no longer settle for anything less than the best,” Trump said that night. Millions of Americans, whether they voted for him or not, probably hoped in that moment that he was right.