From truth bombs to fast-food runs, Sonya Bell asks: what will the newest version of Mitt Romney look like? 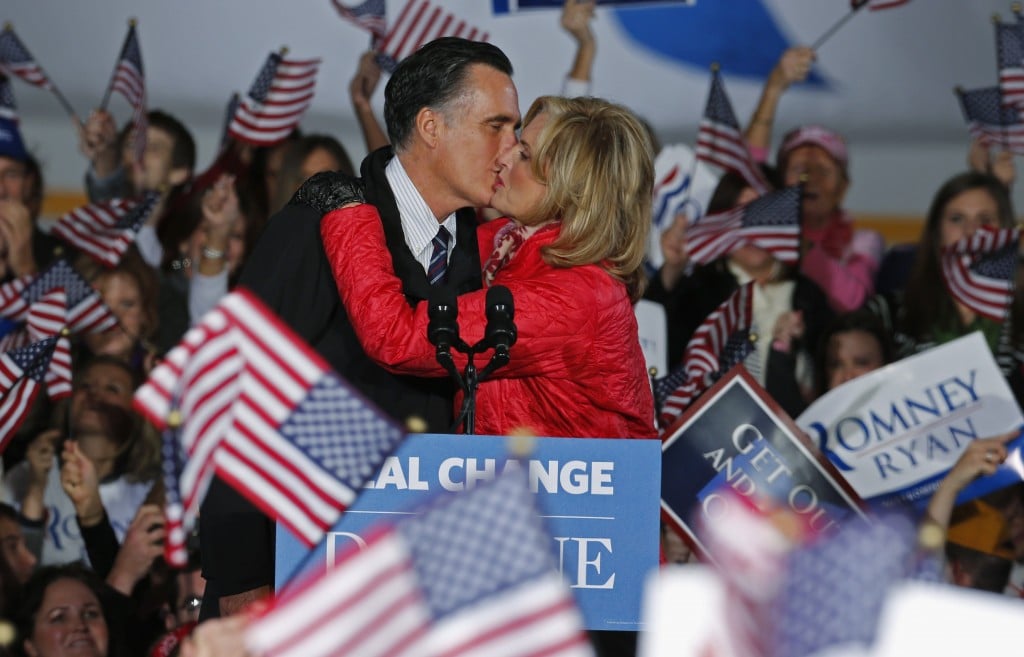 The Mitt Romney who lost the presidency to Barack Obama was unequivocal: “My time on the stage is over,” he said on Nov. 6, 2012. “My time is over.”

So it would be easy to suggest, amid reports that Romney is now readying a third bid for the Republican nomination, that the darn guy is flip-flopping again. Nope. Not so.

Someone brand new is about to take the stage: Mitt Romney 3.0. (And you thought there were binders full of women!)

Here are three things to expect from Mitt 3.0, gleaned from the biggest thing he’s done since 2012: the Netflix documentary Mitt.

If you’ve only heard one thing about Mitt, it’s probably this: ahead of a fancy dinner thing, Romney puts on a tuxedo, and then proceeds to try to iron it: “Ouch! It’s sort of working. Ouch!” The technical term for this is: adorkable. He’s ironing his shirt! When it’s already on! Viewers ate it up. Word spread. GIFs were made.

Mitt 3.0 won’t stop there. Imagine all the things he can do in the incorrect order to accolades: Mitt drying the dishes before he washes them! Mitt cooking the chicken after he’s already eaten it! Mitt asking 47 per cent of people to vote for him after he’s already insulted them!

The Romney who ran in 2012 always looked like he was inhabiting his body for the very first time that day. No longer. Over the course of Mitt, the former governor finally found his groove – at fast food joints. Wendy’s, Arby’s, you name it, he’s upgraded to a combo and made a supervisor swoon. On the last day of the 2012 campaign, a boy at a Pennsylvania Wendy’s remarked that Romney looked bigger in person. No one ever looks bigger in person! These places have magical powers!

There’s something far less threatening about a casual billionaire – Mark Zuckerberg rose to power on a hoodie – and Mitt 3.0 will use this to his advantage. Instead of joyriding in his car elevators, he’ll grab a corner booth with his NASCAR buddies, dip a fry into his chocolate Frosty, and lament how The Lego Movie was totally robbed. He’ll still play with his car elevators, of course, but only at night when the mortals are sleeping.

Mitt was widely praised for showing another (read: human-ish) side to the Republican nominee. In one scene, he gets so excited talking about his favourite movie – O Brother Where Art Thou – that he begins quoting it for what his wife Ann indicates is the third time that morning. In another, a wry Romney admits the brand he’s built is as “the Flipping Mormon.” It’s this self-deprecating ultra dad that Romney’s 12-ish sons have always been sure America would love.

Well, now they can. Mitt 3.0 will have permission to be looser and imagine what that means! Never again will he be accused of flip-flopping, because he’ll constantly be dropping truth bombs. “There’s nothing real about reality TV.” “Graphic novel is just a fancy word for comic book.” And, “I love David Sedaris but it would infringe on my rights if he married his partner.”

As we await an official campaign announcement, there’s just one lingering mystery about Mitt 3.0: is he the final instalment of a trilogy, or merely the lead-up to Mitt 4.0? All we can do is make like the Romney family dog and strap in for the ride.