Philippe J. Fournier: It's been 30 years since an incumbent has faced such poor numbers, but the electoral college still works in Trump's favour 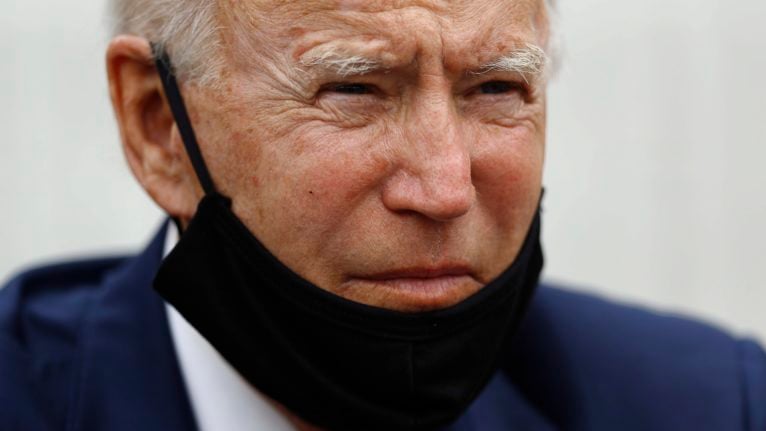 We have now passed the summer solstice in the northern hemisphere. Warm temperatures are finally upon us, which for many signal vacations to come after a difficult spring of confinement. While politics never takes a break—especially south of the border in an election year—regular voters usually tune out, at least partially, from the news during the summer. So, before this well-deserved summer hiatus, let us take a fresh look at where we stand in the U.S. presidential race.

We at 338Canada HQ began regular tracking of American polls in late March, when then-presumptive Democratic nominee Joe Biden led President Trump by an average of four points, nationally. That lead has now grown to eight points, but, most importantly, Biden also leads at present every single common swing-state. I add “common” here, because the race is such that traditionally safe Republican states such as Texas and Georgia now appear to be close races—an ominous sign for any Republican presidential candidate.

Joe Biden’s average support currently stands just below the 50 per cent mark (Clinton received 48 per cent of the vote in 2016). President Trump’s average is eight points below at 42 per cent (compared to 46 per cent in 2016).

We are a little over four months away for voting day in the United States, so obviously none of these numbers should be been seen as having predictive value. Nevertheless, it is worth stating that no incumbent president has faced such poor numbers in an election year for the past 30 years.

Keeping in mind that Clinton won the popular vote in 2016 by two points, but lost key swing states such as Pennsylvania, Michigan, and Florida all by a single point or less, it is increasingly difficult—but not impossible—to see a clear path to re-election for Trump according to these numbers, should they hold.

Let’s take a closer look at the latest polling from these three states.

In this crucial Midwest state, Biden has lead or has been tied with Trump in every single state poll since April:

The weighted average currently has Biden ahead by seven points in Michigan, a significant, but not necessarily comfortable lead for the Democratic nominee:

Pennsylvania polling has been more volatile of late, with numbers ranging from Biden +10 to Trump +4 since April:

On average, Biden holds a four-point lead over Trump, a margin that is well inside in the uncertainty of the model:

Only two presidential candidates won their election without winning Florida in the past century (Clinton in 1992 and Kennedy in 1960). Biden has not trailed a Florida poll since April, but, as you can see below, the race remains close:

On average, Biden leads Trump by five points in Florida—again, well within the model’s confidence intervals:

As mentioned above, state polling has also shown Biden as the clear favourite in the past weeks. Here is the current 338Canada breakdown of safe, likely, leaning and toss-up states (Darker shades mean safer states).

As depicted above, should Biden secure the Midwest states of Wisconsin and Michigan in addition to Florida, his electoral vote total would reach the 270-threshold without Pennsylvania, Ohio and even North Carolina. However, let us remind readers that it was mainly because observers had misread the Midwest that Trump’s win caused the surprise (and bewilderment) of many in 2016. While Biden is clearly the favourite at this time, it is not by any means a crushing lead.

The model performed thousands of simulations using current state and national polls (and their respective uncertainties). In compiling the results, we estimate Trump’s odds of victory at about 15 per cent—about those of a dice roll. On the graph below, blue dots are Biden victories, red dots are Trump’s.

For complete projections of all 50 states, visit the 2020 U.S. Presidential projection page of 338Canada.