U.S. Politics Insider for Feb. 4: An app causes 'quality control' problems that keeps Democratic candidates and their supporters up all night. And everyone's still waiting for results. 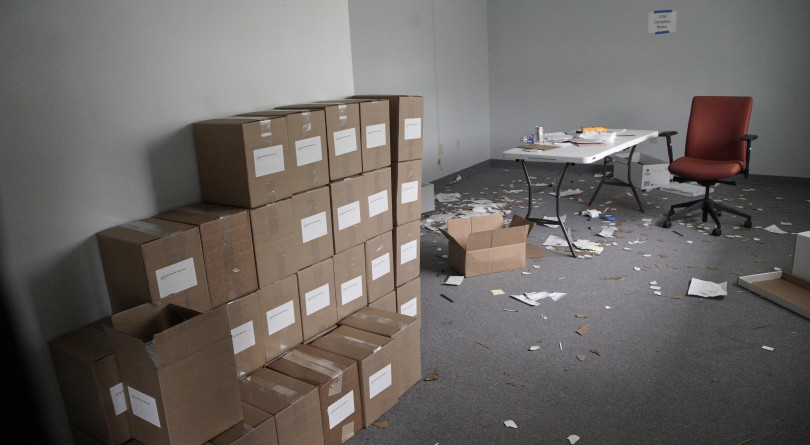 The little phone app that couldn’t: Hours after the Iowa caucuses began, at a time when TV networks are usually reporting who won, they could only report… that they had nothing to report. The Iowa State Democratic Party originally said, cryptically, that they were just “doing our quality control checks, making sure the numbers are accurate.” The checks took longer and longer until the party finally gave up and announced that there would be no results until the next day at the earliest. The problem turned out to be a new mobile phone app launched to tabulate the election results. Reports poured in from across the state of people encountering security problems, or simply having trouble using the app. This led to what the Iowa Democrats’ spokesperson described as “inconsistencies in the reporting of three sets of results.” As of this newsletter’s noon send, results had not been released.
The Mayor who declared victory before there was any evidence: With no reported results, the candidates relied instead on their own internal estimates. Pete Buttigieg simply declared that he was the winner “by all indications,” and carried on as if he had officially won. A site sympathetic to Bernie Sanders published his campaign’s leaked numbers, showing Sanders as #1. Meanwhile, Elizabeth Warren, though widely expected to make a good showing in Iowa, was already on her way to New Hampshire to get an early start on the next state.

The Hillary Clinton campaign that never went away: It wasn’t supposed to be this way. Caucus organizers had attended an election-security drill to prepare them for problems they might encounter on caucus night. The drill, with tragic inevitability, was run by Hillary Clinton’s 2016 campaign manager Robby Mook. However, online gossip initially pegged Mook as the creator of the malfunctioning app, which wasn’t true: the app was created by a new tech company called “Shadow Inc.” This company is run by Gerard Niemira, who spent 2016 as director of product for Hillary For America.

The end of the caucus system?: States that rely on caucuses are sometimes beloved for hanging on to a quaintly quirky, old-fashioned system. No longer. “I would get rid of the caucuses, first of all,” former Virginia governor (and chairman for Hillary Clinton’s 2008 campaign) Terry McAuliffe said when asked what he’d do to fix the problems that created the Monday-night disaster. “Go vote, pull the curtain, close it vote and leave. That is a democratic way.”

The new voters that didn’t turn out: While the world was waiting in vain for Iowa results, NBC News published results of an entrance poll which suggested that the number of first-time Iowa voters had dipped considerably: only 35 per cent identified themselves as having turned out for the first time, compared to 44 per cent in 2016, and 57 per cent in 2008, when young and new voters turned out in droves to give Barack Obama his Iowa victory. While Democrats were turning out, they were largely the same Democrats who attended the Hillary Clinton vs. Bernie Sanders nail-biter of 2016.

The unpublished poll: On the Saturday before the caucuses, the Des Moines Register discovered that their Iowa polling data had an error that caused Pete Buttigieg‘s name to be left out when talking to some of the poll recipients. The newspaper announced that it would not release the poll due to this error, and that was that was right, right? Wrong, explains soon-to-be-former BuzzFeed editor Ben Smith. Because many journalists had already seen the embargoed numbers, they let it influence their coverage: for example, one outlet stepped up its Elizabeth Warren coverage because the poll numbers showed her to be stronger than expected.

The outlet that got banned from a Trump event: Donald Trump’s re-election campaign announced last December that it would no longer grant access to journalists from Bloomberg News, owned by the president’s would-be Democratic rival Michael Bloomberg. When the campaign showed off its policy at an otherwise uneventful event in Iowa (where the president doesn’t have a challenger), a Bloomberg News reporter was ordered off the premises and escorted outside. Her editor-in-chief announced that his employees would continue covering the election “despite the restrictions imposed by the Trump campaign.”