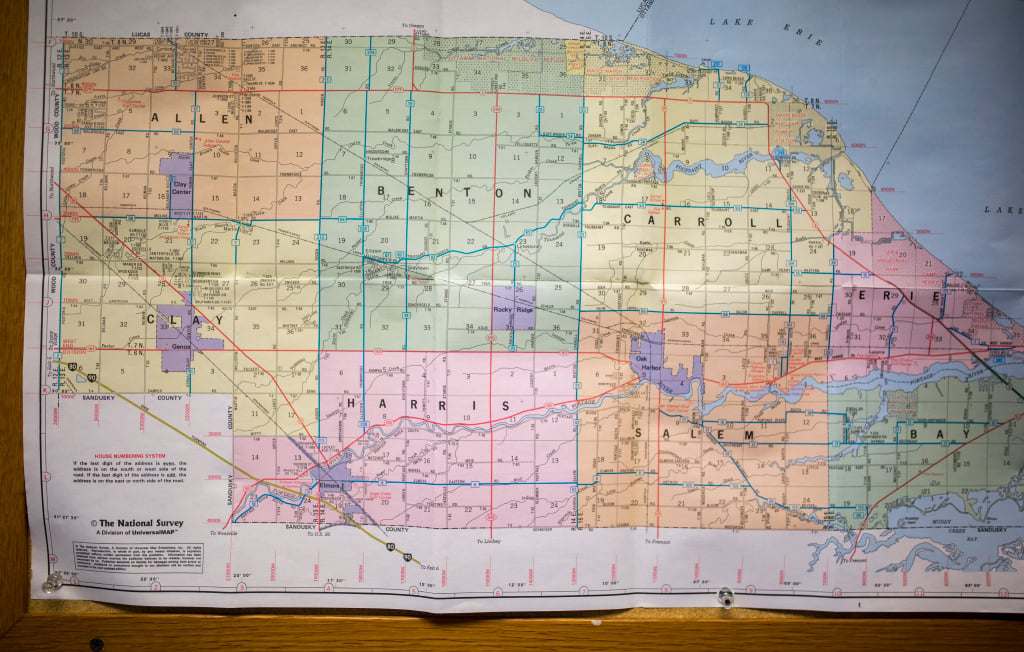 A map of the electoral precincts in Ottawa County, Ohio. (Photograph by Nick Iwanyshyn)

On the shores of Lake Erie, only a 90-minute drive from the Canadian border, an Ohio county named Ottawa quietly extended a rare political feat on the night that Donald Trump became president-elect. The voters in that bellwether county in a bellwether state had voted for the winning presidential nominee every time they got the chance between 1964 and 2012. The streak tends to attract attention from international reporters (including Maclean’s), who try to unlock the local secret.

As it turned out, America’s perfect voters got it right again on election night—and they weren’t shy about their pick. Ottawa county is one of dozens scattered across the Rust Belt that swung for Trump in a big way after supporting Barack Obama twice. In 2012, Obama won the area by a thousand votes. On Nov. 8, the county swung hard the other way: official results released on Nov. 21 show that Trump beat Hillary Clinton by more than 4,000 votes.

More than four-fifths of registered voters in Carroll township’s first precinct, a bellwether corner of Ottawa county, did their civic duty once again. In 2012, Obama had won Carroll 1 over Mitt Romney by a count of 348-258. Trump easily flipped it, beating Clinton 409-230. (Libertarian nominee Gary Johnson scrounged out 23 votes in the precinct, and Jill Stein managed just one.) With that, Trump swept the bellwethers. Carroll 1? Check. Ottawa county? Check. The state of Ohio? Check.

The county chair of the Democratic Party, Adrienne Hines, couldn’t have been all that surprised. She was shocked that a candidate as liberal as Obama carried the county at all—let alone twice—and, in an interview with Maclean’s in early October, gave Trump credit for connecting with voters. “If you look at who Trump’s demographics are, I think you’d see why there might be more support for Trump then one would have expected,” she said at local party HQ. “I do think the changing dynamics of this county, and the growing pains it’s going through, trying to reinvent itself, is frustrating a lot of people who’ve always known it to be one way and scary for people who don’t really know what the next day is going to bring them.” 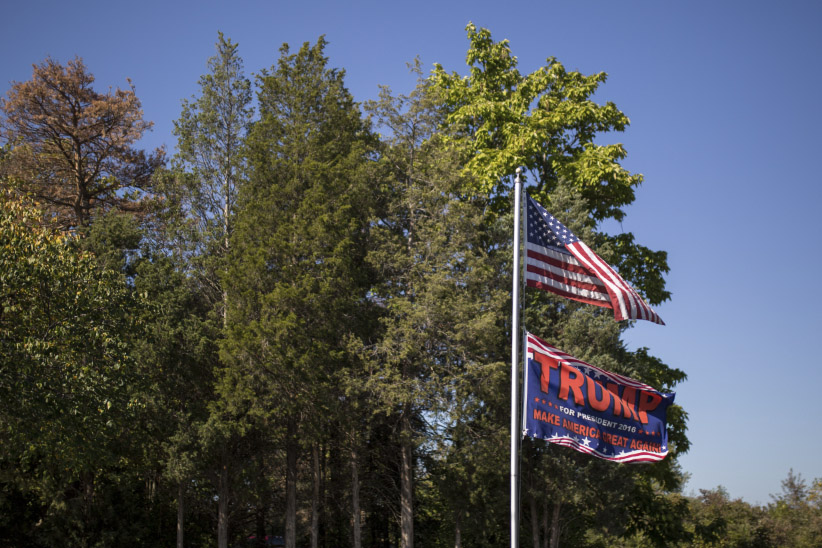 Hines’s hedged prediction proved prescient. At the time, hints of Trump’s impending victory were everywhere across the county. Whatever the meaning of the mythical yard sign, Trump vastly outnumbered Clinton on lawns and corn fields and flag poles at every turn. And locals didn’t stick to the wire-framed corrugated plastic doled out by the campaign; they flew bespoke Trump flags proudly, and pledged their allegiance with did-it-themselves signs that betrayed more enthusiasm than the average ballot-caster.

If Carroll township’s determined cadre of Hillary Clinton supporters were shy about publicly declaring their vote, that reticence showed. Her 230 votes, or 34.38 per cent of the official precinct total, outperformed her yard-sign tally. So did her 37 per cent haul across the county. Apart from a few clusters of Clinton-Kaine signs in traditionally left-leaning (and aptly named) Port Clinton, picturesque Oak Harbor and touristy Marblehead, Trump scored a visual landslide.

Yard signs aren’t scientific, but there were other hints. In the primaries on March 16, more Republicans than Democrats voted in Ottawa county—a trend that held true for Carroll township. The county-wide vote was spurred in part by longtime Democrats switching sides to vote for Ohio Gov. John Kasich—an attempt to disrupt Trump’s increasingly inevitable march to the party nomination. But Carroll 1 was different. Trump won the precinct and, in a sign of things to come, Republicans there outvoted Democrats 58.3 per cent to 41.6 per cent on primary day. 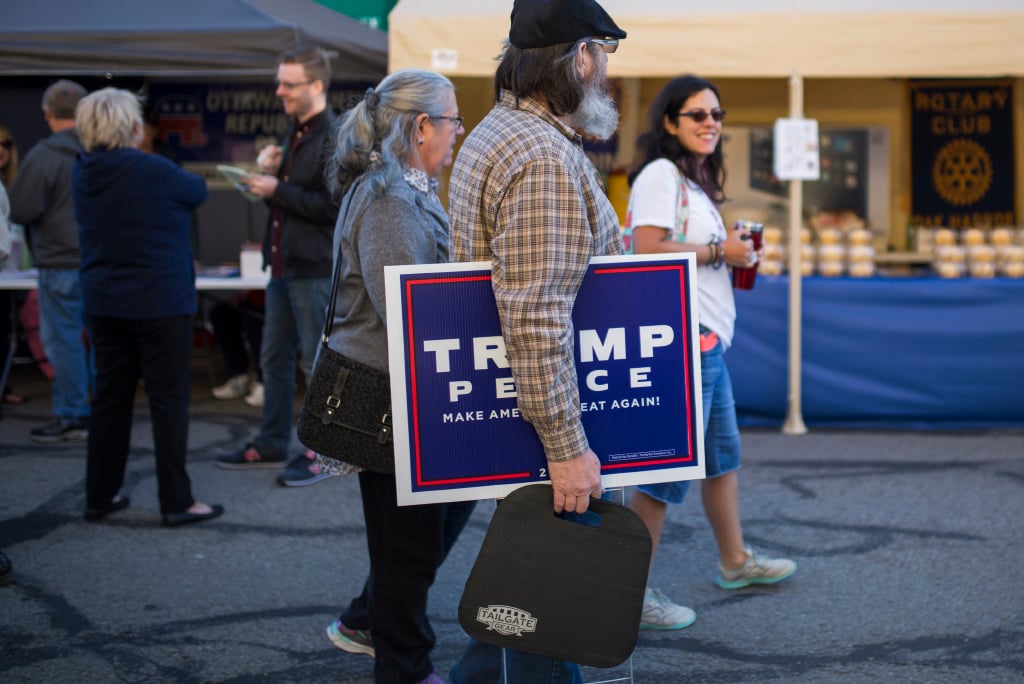 Six weeks before the election, there was yet more anecdotal evidence of a Trump landslide to come. Oak Harbor’s Apple Festival, an annual celebration of small-town charm that oozes Americana and takes over the village’s main drag, pitted the Republican tent against the Democrats across the street. Guess which stall was buzzing all morning, emboldened—not deterred—by talk of Donald Trump’s lewd remarks on an Access Hollywood tape leaked only a few hours prior. Now guess which stall was empty for a long stretch.

Some of the county’s reluctant voters who’d cast a pox on both houses stayed home on election day, but most didn’t. If they were bluffing, gallery owner Bailey VanKirk might have seen it coming. “You’re hearing people saying, ‘I hate both candidates, I don’t want to vote for anybody.’ But then why are we seeing so many yard signs?” she mused behind the counter of Desdemona’s Art Gallery in Marblehead. As it happened, there were more voters in 2016 than in the previous election: 82 per cent of Carroll 1’s registered voters and 76 per cent of those across the entire county—both well above the national average for turnout—made the trip to their local polling booth.

They weren’t alone in their excitement. Catawba Island’s voters almost never support a Democrat, and they embraced Trump’s candidacy with the fervour of a more typical red state. Turnout in all four island precincts topped 80 percent. Port Clinton, usually the Democratic foil to Catawba’s conservative base, faltered for the candidate that shares its name. Two of the town’s four precincts went Trump, and the other two chose Clinton by a combined 17 votes. All of Salem township, home to Oak Harbor, picked Trump.

There’s no secret to this county. There’s no meeting behind closed doors to play the odds and decide which candidate deserves the support of the mythical bellwether voters who live there. But for those keeping score, America’s perfect voters in Ottawa county extended their winning streak to 14.

Trump’s local triumph makes a perfect ending for Carolyn Adams, the Republican county chair who told Maclean’s at the Apple Festival that she felt the “winds of change” coursing through the air. At the time, Adams pinned her hope on the same notes of nostalgia that punctuated Trump’s campaign rallies. “You come into a county like this, and people yearn for a quieter time,” she said. “People don’t like to fight.” If that’s truly how her neighbours try to live, they’re no longer a nation’s bellwether. In a country divided and fighting loudly about its future, a peaceful Ottawa county would be an ironic exception. 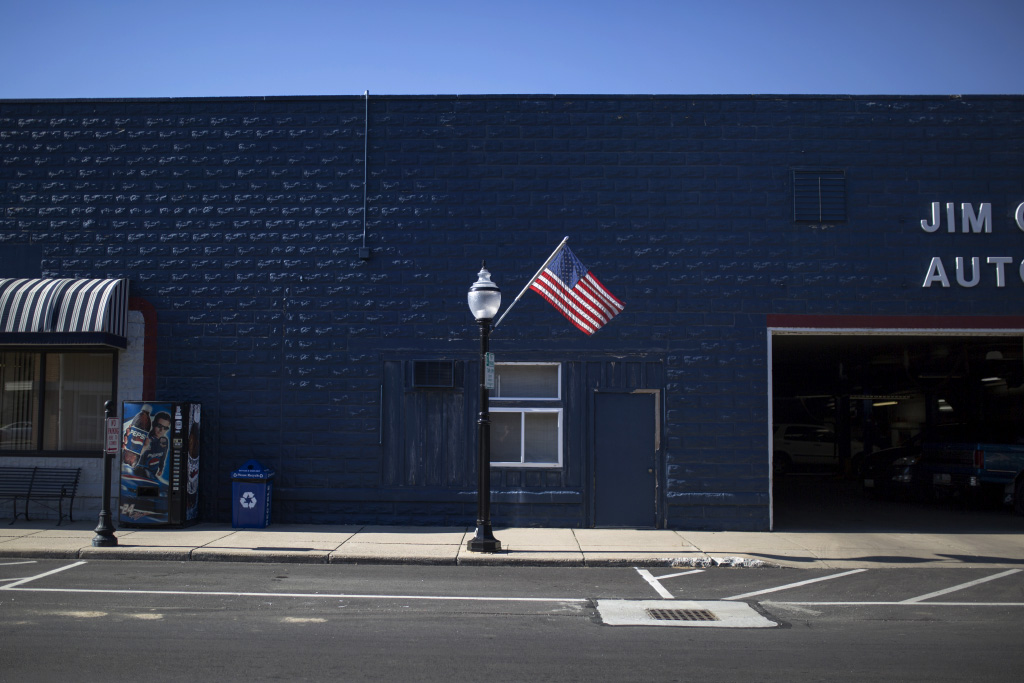